The Cloth Shop is back: Liberty’s patterns and all the Irish tweed you could need 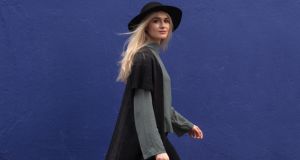 Fans of The Cloth Shop in Dublin, which closed a few months ago in Johnson’s Court, will be pleased to know that it has now relocated to the Westbury Centre opposite Stable, adding yet another female-run boutique to the area. Sinead Martin and her mother, former camerawoman Deirdre Noonan know how and where to source quality fabrics and their new, more compact space houses the many familiar brands such as Liberty and Mulberry for the sumptuous silks, velvets and silk satins and plain silk-satin taffetas and organzas with which they have been associated since setting up business. There is a new emphasis, however on Irish tweed, linen and lace. The shop also stocks interior fabrics and has a full range of haberdashery – French ribbons, vegetable-dyed Indian cotton, 14oz denim, artists’ canvas and traditional mattress ticking.

Patrick Scallon, Irish communications director at Dries Van Noten for more than a decade, received the award of Chevalier des Arts et des Lettres in recognition of his contribution to French culture at a special ceremony in Paris before Christmas, from former French culture minister Jacques Lang. Scallon, from Irvinestown, Co Fermanagh, who masterminds every aspect of Van Noten’s communications and was the force behind the acquisition of all the artwork for the 2014 Dries Van Noten: Inspirations exhibition at the Musée des Arts Decoratifs in Paris previously worked with Martin Margiela from 1993-2008 as art and communications director. In his citation, Lang spoke of the creativity that Scallon has brought to his work with designers and his contribution to the fashion industry. “He is an alchemist” he said. The gathering was attended by Scallon’s family and friends including his parents Oliver and Delma who travelled from Northern Ireland for the event.

“Weaving needs to be a thing of the future rather than the past,” says Fiadh Durham, a talented weaver in Dingle who is creating some of the most beautiful patterns inspired by the surrounding landscape. Durham graduated in textile design from NCAD, trained as a tapestry weaver with Lisbeth Mulcahy for a number of years, had solo exhibitions for Feile na Bealtaine and finally opened her shop in 2015. Her collections include everything from headbands and hand warmers to scarves, kimono cardigans and wraps, and are handwoven in yarns sourced from spinners in Ireland, the UK and Italy. “My ethos is about creating something beautiful that is made to last, combining a love of fashion with a respect for nature,” she says. Prices start at €38 for a headband up to €170 for the black kimono cardigan, which is inspired by the black rocks along Slea Head cliffs. fiadh.ie