Dubliner Tomás Ó Loingsigh (23) spent a year teaching English in Honduras, a complicated country he came to love. This is his experience 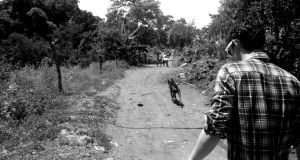 Tomás Ó Loingsigh on a road in Honduras 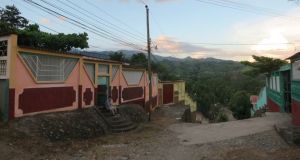 The street where Tomás Ó Loingsigh lived in Honduras 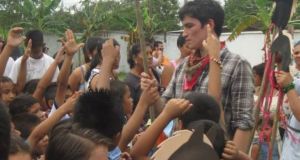 I lived for a year on a dusty street in a small country town in Honduras, 24 kms from San Pedro Sula, officially the most dangerous city in the world.

Two people were killed on that same dusty street that year, their bodies left out for the children walking home from school to see. Another time, walking home along the main street of the town at night, I passed a man covered in blood. He asked me where the police station was and I told him, but I don’t know what the police could do for him. I didn’t help the man either. I didn’t know who he was, who was after him, why he was bleeding alone on the street at night. I kept on walking.

I was a teacher in a school in the town of Vida Nueva. The name translates as New Life. It was built after Hurricane Mitch swept through Honduras and its neighbouring countries in 1998, promising a new life and a new hope for those who had lost everything.

Since then, many more Hondurans have come to live in the town and the other tin-roofed, dirt-road shanty towns that line the routes out from San Pedro Sula, looking for work in the sweat-shop maquíla factories that surround it.

Their new lives didn’t turn out as expected: the town’s security is dominated two rival gangs, a microcosm of the international maras that have made this country one of the most feared in the world. They are called Arriba and Abajo, the upper gang and the lower gang, one said to be controlling the upper half of this small community and the other gang controlling the lower half. Consequently, the people who have sought to build their new life here tell me that they fear to walk the streets of their own town at night, afraid that their sons and daughters will be killed or raped by these gangs of glue-sniffing youths who themselves seem to have no hope, no lives, no future.

We, the teachers, drive into town each morning in a pick-up truck driven by a man who works for the nuns who run our school, and out again each evening. The nuns have lived and worked in this community for years, they are known and respected, and sitting in the rusting truck-bed we are safe.

We’re told that the gangs were first founded as vigilante bands claiming to protect the community from the international Maras. They aimed, they said, to protect their own communities.

But they are far from vigilantes now, these gangs. We pass a skinny girl on the dirt street, sixteen or seventeen years old. We’re told that last year she was raped by members of the gang and she had to flee the town, but now here she is again, smoking on the street. Her little brother is a student in the school. There are many sad stories here. One child’s father worked in the bus terminal outside San Pedro Sula, and the gangs there asked him to be a middleman for them, a messenger to the gangs here in Vida Nueva. He said no, and they threatened to kill him and his family. His brother was kidnapped and so to avoid more violence the family had to leave the town and the children the school.

The brother of another student was shot and killed, his body found in a ditch the next day. His father looked a broken man in the school that day, a gentle, soft-spoken man whose whole life had snapped and broken. He used to run a small shop in the community, but his family was no longer safe there. Two weeks later I saw him selling bread on the streetside from a basket. His daughter also left the school.

Like so many of this country’s problems the Maras are said to be exports from the United States. The Mara Salvatrucha and Calle 18 were born among Latin American communities on the streets of Los Angeles, and when they were deported back to Honduras and El Salvador they became a powerful force in these broken countries.

Two years ago the Catholic Bishops of El Salvador succeeded in brokering a peace treaty between the incarcerated gang leaders of the maras in that country, and the homicide rate dropped 55 per cent overnight, but attempts to make a similar peace in Honduras have failed, and violence carries on, and the bodies still lie on the streets.

The cocaine of the US passes through Honduras, but it is from extortion that the gangs make a lot of their money. It’s said that the bus and taxi drivers, the shop owners and other businesses all pay protection money to survive. To my eyes it is a society in which violence has seeped into its very bones. Everyone walks a little afraid. Communities can’t meet and talk and walk on their streets at night. It’s said that there are three guns for every person in this country.

Beyond all that I have also been in the high mountains, shrouded in mist and forest, accessible only by narrow pockmarked dirt roads, easily some of the most beautiful places in the world. It is here you see young men riding their horses and men with smart belt-buckles and broad-brimmed hats. Here are the coffee farms, and the towns are quiet and quaint and crumbling relics of a way of life forgotten elsewhere in the world. I picked coffee on such a farm myself, and watched at the end of the day a boy far younger than me walk up the steep hill with a sack of beans far heavier than I could carry on his back, to pour those beans out into a bucket to be measured by the foreman, the worth of his young sweat measured out in a tin bucket. And yet it is true, life here is better, safer, there are no gangs here.

But there are no coffee-plantations in the city. The gangs and the coffee are far from each other. It is not as easy as Kenco might hope, to turn from gangs to growing coffee. The maras and the coffee-pickers live in such different worlds.

Everyone dreams of the United States. I was an English teacher, and all the children wanted to learn English so that they could go north, across the river, to the United States, and work dirty, grimy jobs there.

For some, their fathers have already left, and their mothers raise them alone, and sometimes the money just stops coming. Often both parents are gone, and the children are raised by their grandparents. The route to the US is a dangerous journey, and a guide or coyote costs many thousands of US dollars, but to go without a coyote is more dangerous yet.

I talked to many people on buses and in their homes, who had been in America and deported home, who said that if the Americans catch you they will put you in prison until they have caught enough Hondurans to fill a plane to fly you home. But still they go.

Yet it is a beautiful country. Its mountains and its beaches are unspoilt. Its cloudforests haunted by jaguars. Its people humble and curious about pale gringos like me who have come to Honduras. On the buses they always asked us what we were doing here, what brought us here, they always warn us where not to go, where is safe, what to do. They care for us and help us. They deserve better than precarious jobs in the cities of the US, or the fear of darkness in their own land.

Tomás Ó Loingsigh worked at a Santa Monica Bilingual School, one of three bilingual primary schools run in violent and disadvantaged communities by an NGO called BECA. For more information about BECA, and about opportunities to volunteer with them as a teacher in Honduras, see their website becaschools.org 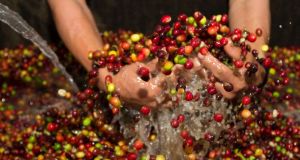