John Murphy Fitzgerald, an occasional spy, was the most celebrated Irish officer in Hispaniola until his death 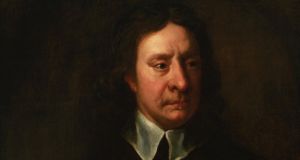 As evening descended around him Don Juan Morfa, a captain in the Spanish army, oversaw the hasty construction of an earthwork barricade near the mouth of the River Jayna on the isle of Hispaniola. Tension rippled through his small band of 200 soldiers, with little notice this tiny force found itself tasked with halting the advance of England’s New Model Army, Oliver Cromwell’s much vaunted force of veteran soldiers.

It had an army of more than 8,000 men and supported by a fleet of 56 ships. It was the largest enemy force ever to oppose the Spanish in the Caribbean. Cromwell’s grandiose “Western Design” was a campaign to seize the lightly defended islands of Cuba, Hispaniola and Puerto Rico so they could be used as a staging ground for an assault on the Spanish Empire’s lucrative mainland possessions in the Americas.

In contrast, after arming every abled bodied man in the colony over the age of 14, only about 1,200 men could be assembled to resist the invasion. To make matters worse the English forces were led by General Robert Venables, who was a veteran of the Cromwellian campaign in Ireland he had commanded a regiment of foot during the notorious Siege of Drogheda and earned himself a promotion to Major General. Soon after he accepted the surrenders of Belfast, Newry and Carlingford and was appointed Governor of Derry. For two years he oversaw the pacification of northern Connaught and Ulster and remained in Ireland tending to his newly acquired estates until recalled to England to lead the campaign to the West Indies. The situation appeared hopeless.

Yet Don Morfa and his fellow defenders had fortune on their side, and he himself was no raw recruit. Don Morfa was in fact John Murphy Fitzgerald of Galway. A former privateer he defected to the Spanish army in 1633 after a falling out with the new English administration on the island of Tortuga. He led an assault on the island soon afterwards before commanding Spanish naval forces throughout the Caribbean. He worked as an interpreter and occasionally as a spy, and would lead a second invasion of Tortuga (this time against the French) in 1653. By the time the New Model Army landed on the shores of Hispaniola he could boast 25 years military experience.

Alongside another Spanish captain he was tasked with capturing an English scout in order to determine the size and composition of the enemy force. They succeeded in their mission and, after an elderly Irishman led the Cromwellian vanguard into an ambush that Morfa had prepared, he returned to Santo Domingo with his captive. Venables remarked on this initial skirmish in his memoirs “Coll Murfy an Irishman ... being in the head of the Spaniards led the attack” and that he had fought valiantly.

Everything then began to go against the invaders. Ill provisioned and unprepared for the tropical climate many of the soldiers who had come from England were struck with dysentery, including General Venables himself. The local contingent, drawn for the islands of Barbados, Montserrat and St Kitts and Nevis were reluctant conscripts and many defected to the Spanish or threatened mutiny when they were denied the right to pillage. Short of water they were frequently subject to ambushes in which Don Morfa played a key role during one such encounter the New Model Army lost one of their most capable commanders, Major-General Haines.

On May 5th the climactic battle of the invasion took place outside of the capital. Bombarded by the fleet anchored off the coast and pressed by the English infantry from the land, the Spanish fell back to the city after exacting a high toll on the enemy. Morfa and his fellow commanders had been under near constant fire and their numbers were greatly reduced. Outnumbered more than five to one they expected the English to assault the city the following day but instead were surprised to find they had begun to withdraw from the field and were returning to their ships. It later transpired that Venables forces were almost completely out of water and had no option but to retreat.

The Spanish harried the retreating men, capturing some and slaying others. In total the English are estimated to have suffered up to 2,000 casualties during the invasion. While they would subsequently go on to capture the island of Jamaica both Venables and the fleet commander William Penn (father of the founder of Pennsylvania) their campaign was judged a failure and both were imprisoned in the Tower of London by a furious Oliver Cromwell on their return to England.

Morfa would remain in Hispaniola until his death in 1671, the most celebrated Irish officer on the island.