‘When you move back to Ireland, you don’t return to the life you left’

Want to return home? It’s sure to be one of the most stressful times of your life but worth it 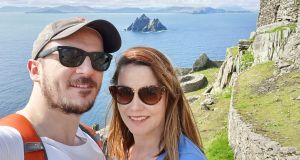 In March 2018, I moved home to Ireland after almost five years living in New York. Arriving home to a country buried under snow and facing a national bread-shortage crisis was not the new-beginnings omen I was hoping for.

However, the snow eventually thawed, the bread-bins were restocked, and it’s been an exhilarating year since. There’s been a new job, a wedding and a new home. And now that the dust has settled on my whirlwind of a year, the roots of home are beginning to taking hold.

When asked by prospective returners about my experience so far and what is in store for them, I give them the following pieces of advice:

Moving to Ireland should be considered a step forward - not backward

To add to the taut emotions, you’re sure to miss the life you left behind. During the chaos of a move, you’ll miss the simplicity of being away, how settled your life was before it was all thrown into disarray to come home.

You’ll miss the people, the weekend rituals, the ruts you formed in your foreign life. You’ll long for the structure, habits, and routines, which no longer exist. Which brings me to my second point: forming your new life at home.

Just because you move home, it doesn’t mean you go back to the exact life you left years ago. You need to build a new life in Ireland, one that fits who you’ve grown into while you’re away.

Moving to Ireland should be considered a step forward - not backward. So instead of automatically going back to the life you left (and donning the rose-tinted glasses that go with it), have a think about the lifestyle factors that you loved when living abroad, and see how you can replicate them here in Ireland. We adored Central Park so we moved to Cabra to live as close we could afford to live to Phoenix Park - the closest proxy we could find.

But maybe you loved surfing in Sydney and should consider moving to the west coast of Ireland. Perhaps you enjoyed the boozy brunches of London and should focus your house hunt on near a city centre instead of defaulting to a suburb or where you grew up.

Even if you loved exotic things like skiing, sun, or exploring your new corner of the world, make sure you’re near an airport and download the flight apps (I didn’t appreciate how cheap and accessible Europe was until I returned).

Thirdly, and this is a big one, if at all possible, move home during the spring or summer. The glorious summer that we had last year was such a soothing backdrop to the stressful transition. I simply cannot imagine doing what we did (long commutes from temporary homes, living out of boxes etc) in the dark, damp evenings of winter.

During the most chaotic parts of the move, a summer BBQ with family and friends was always the perfect respite; a simple gathering to anchor us, and remind us why we’re home.

Lastly, and most importantly, embrace your old country the same way you embraced your new home abroad. Treat it like a new country. Explore. Say yes to new experiences.

Visit those places you were embarrassed to tell people abroad that you’ve never visited. Whether you’re looking for arts or adventure races, festivals or fine dining, a weekend break or the winking banter of a quiet pint, there is simply nowhere in the world like Ireland.