Irishman in Japan: 'Keep a keen eye out for snakes and wild boar' 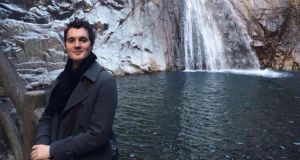 Dubliner Jack Cane at at Nunobiki Falls, in Kobe, Japan. 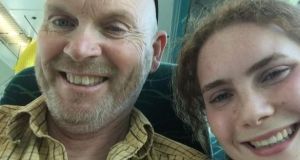 Philip Lynch with his daughter Molly on the plane from Hobart in Tasmania to Dublin.

It’s still more than three months until the end of the year and people are peeking into what lies ahead in 2020. The referendum to allow emigrants to vote in presidential elections faces delay and there are some predications it may not go ahead until next year. The referendum was first expected to take place in October and then pushed to November (after the Brexit deadline). This week the Government published the Bill, which would allow all Irish citizens outside the State, including Northern Ireland to vote, but it must first be passed by the Dáil and Seanad before a referendum can be held. Opposition leaders who met Taoiseach Leo Varadkar this week were told that more work needed to be done to prepare for the referendum, and sources expect it will not be completed in time for a November poll. There is no confirmation from Government yet.

Our most popular story this week is from regular Abroad contributor Philip Lynch sharing how his visits back to Ireland from Australia rekindle his grief. “This trip was also about introducing my daughter to her Irish family, and to show her the land that shaped me,” he says. Our most read story today is from Jack Cane, who has written a piece about life in Japan and top tips for Rugby World Cup fans visiting over the coming weeks: "Keep a keen eye out for the slithering snakes and the roving wild boar on the trail," he says, which is advice I personally will always remember. New research published  showed Ireland’s childcare supports compare very poorly with many other countries. If you would like to share your experience of accessing childcare abroad please click here. I will be publishing some of the responses next week. Also in our most read this week is an article from Eva-Marie Costello, who is originally from Co Galway, shares her experience of living San Francisco and working in Silicon Valley in an education technology start up: “San Francisco has the highest rent in the world and house hunting is known as a competitive sport,” she says. Staying with the US, Irishman Keith Byrne, who was imprisoned for a period in the US as part of a crackdown on illegal immigration, has launched a fresh effort to secure legal status there.

Back to Europe, Dubliner Darragh Rogan gives us an insight into his life in Helsinki, Finland over the last three years. Our premium story (subscribers only) today is an article about people returning to Ireland because of Brexit: With mounting fears of a no-deal, are Britain’s Irish pointing for home? And finally our Extraordinary Emigrants story this week is about Sir Charles Parsons, who grew up in Birr, Co Offaly and lived in Britain, and how he revolutionised naval warfare and marine transport.