I lied about my criminal record on my Australian visa application. What can I do?

A minor driving offence is not enough to refuse a visa, but lying about it can be 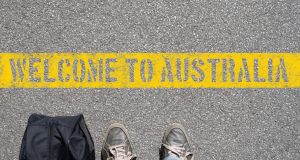 I have been on a working holiday visa (WHV) in Australia for nearly two years. My employer here has offered to sponsor me for a Temporary Skills Shortage visa. I was convicted of a minor driving offence (driving without tax and insurance) back home in 2013 which I didn’t mention in my WHV application, and it wasn’t picked up. I don’t know what to do now. Should I include it on the TSS visa application? How do I explain why I didn’t mention it before? I don’t want to let my employer down by not saying anything and then getting caught. Thank you.

We see this issue arise on a regular basis. Answering a question incorrectly or omitting information on a visa application can have dire consequences. A minor driving offence would not be enough to refuse a visa application, but lying about it can be.

The main character question on the working holiday visa (417-visa) application form asks: “Has the applicant ever been convicted of an offence in any country (including any conviction which is now removed from official records)?”

Giving the wrong answer is considered by Immigration to be providing information that is false or misleading, and can lead to real problems, especially for those who go on to apply for further visas in Australia.

The sponsored 482-visa (TSS visa) and all permanent visa applications require mandatory police reports. So, there is clearly no point in trying to avoid answering the question honestly in this case, as you will get caught out by the requirement for Garda clearance.

This is where the “little white lie” error or omission you made on the 417 working holiday visa application could come back to bite you.

All the main visa applications for Australia have what is called “Public Interest Criteria (PIC) 4020”, which in part says that applicants must not have provided a bogus document or information that is false or misleading on a visa application or for a visa you have held in the last 12 months.

If Immigration believe you have provided false information or documents, even if the offence of which you were convicted is very minor, they can refuse to grant a new visa.

Those applying for a second visa who lied on the first can’t undo the problem, but should make the new application with the correct answers and police reports, without mentioning or drawing attention the original omission, unless Immigration raise the issue.

Every case is different; anyone with a police matter or PIC problem should seek professional migration assistance with their applications. We were recently able to obtain a WHV 417 visa for a person who had been convicted some years ago of assault on a police officer.

So, if you have ever had any fines or tickets or been to court, even for a minor offence, always get your police report done first before applying for a visa, and check if there is anything on it.

Driving offences that are dealt with by a roadside ticket, i.e. did not go to court, would generally not be considered a conviction, but again, if you are in doubt, get the police report. Ireland is one of the few countries where police reports are still free.

The types of convictions that could lead to a visa refusal are usually offences that resulted in a sentence of 12 months’ imprisonment or more. In recent years however, the character requirements have been increased, and convictions for assault, drugs, or repeat offences for drink driving are taken very seriously in Australia. They may not necessarily result in an automatic visa refusal, so seek advice before making an application.

Have a query for our panel of experts about emigrating, life abroad or moving home? Click here to submit yours. This column is a reader service and is not intended to replace professional advice. Unfortunately we cannot provide personal responses to every query and only those selected for publication will be answered.