How an Irish theatre made itself at home in Dubai 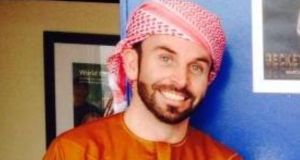 Danú Dubai founder Pádraig Downey: “I have been fortunate to make friends with many people from the UAE, which is not typical here.” 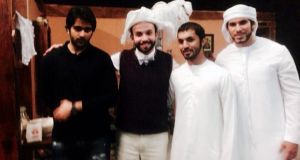 Danú Dubai founder Pádraig Downey (second from left) with some of the theatre’s supporters. 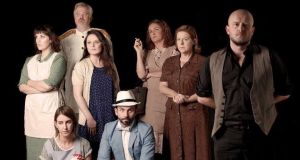 The cast of Danú Dubai’s production of Brian Friel’s play Dancing at Lughnasa. 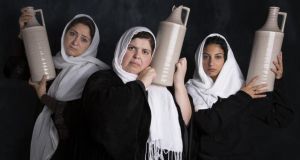 Members of the cast of Danú Dubai’s production of Amir Nizar Zuabi’s play I Am Yusuf and This Is My Brother. 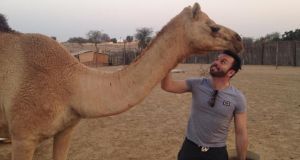 Danú Dubai founder Pádraig Downey: “In the desert there is always an oasis.”

Theatre is not the first thing that springs to mind when you think of the United Arab Emirates, but in the desert there is always an oasis, and Dubai is no exception.

I came here nearly six years ago on a whim, thinking it would be for only a few months to escape the recession in Ireland. I have lived and worked in Paris, Rome, New York and California, and Dubai was not high on my list of cultural capitals in which to live. I had moved back to Ireland to pursue a PhD; my timing was terrible.

If you mentioned theatre in Dubai back then, you would have got an amused look or directions to the many cinemas. I initially thought I had made a terrible mistake.

Having secured work as a drama director and teacher in an American school, I set about establishing Danú Dubai as a non-profit community theatre, to fulfil a personal desire to be involved in stagecraft, and because I felt there was a lack of quality theatre in the region. It was also a great way to meet new people.

With a growing Irish population here, focusing on Irish drama was a safe option. I held open auditions for my inaugural play, Dancing at Lughnasa by Brian Friel (or “Dancing at Lufthansa” as people called it here). A few stragglers tried out, amused at the idea of staging an Irish play in the Middle East. I had to coax and coerce colleagues who had done some amateur drama to act in it.

I booked a 180-seat theatre space at the Dubai Community Theatre and Arts Centre, paid for out of my own pocket. I applied for licensing, got past the UAE censor, hired a carpenter to build the set, painted it myself, scraped together props including items from my home, asked a friend in New York to design a poster, emailed journalists begging them to feature us, enlisted theatre students to design and manage the tech, and got the Dubai Irish Society and Irish Embassy on board.

Directing and acting were the easy parts.

We staged the play for a week and it was, to my surprise, a sell-out. The story of five isolated Irish women, and themes of religion, family, honour, equality and tradition all struck a chord. I made my money back, with some left in the kitty for another play.

People started to notice the little theatre. Even Friel’s literary agent was in touch to tell me the playwright was “tickled” at the thought of his work being performed in the Gulf.

Next up was Big Maggie by John B. Keane. The theme of an unhappy marriage and a woman taking charge of her own life again connected with audiences here, and the production was featured in the National, one of the UAE’s biggest newspapers. The open auditions were filling up.

Our next production, of The Beauty Queen of Leenane by Martin McDonagh, was nominated at the Time Out Dubai awards, up against visiting Broadway and West End professional productions including Michael Flatley’s Lord of the Dance. I didn’t even bother going to the ceremony but should have. We won.

By now, I wanted to open up the theatre. I took intensive Arabic classes so I could stage plays that connected directly with people here.

I had decided I did not want the cliched Dubai “expat” life. Foreigners stay an average of just two years here, and I knew if I wanted to stay longer, I would have to do something original.

In other cities it is easier to immerse yourself in the local culture. Dubai, a transient place 90 per cent of whose population are from somewhere else, was a whole other challenge.

At the Abbey in Dublin I came across the work of a Palestinian playwright, Amir Nizar Zuabi. I contacted him, and decided to tackle one of his works: I Am Yusuf and This Is My Brother, which looks at the breakup of a Palestinian family in the face of war and partition of 1948.

With the help of the Palestinian Society in Dubai I assembled a Palestinian and Arab cast. News of the refugee crisis was beginning to trickle in and we were all appalled.

The play sold out before it opened. We extended our run and donated all profits to the Palestinian Children Relief Fund and refugee charities.

The majority of the audience was Arab, which drove me to bring more Arab-themed theatre to the city. Other directors joined my efforts, and we started producing our own original work such as Burke and Hare written by Seán Ó Súilleabháin.

We maintained our Irish connection, producing plays such as The Weir by Conor McPherson, which we took directly to pubs around the city. I hosted a festival on Samuel Beckett in the desert for the International Schools Theatre Association, and we devised an original piece of theatre based on some of Beckett’s themes in Endgame. Where better to engage in a dialogue on Beckett than such a vast expanse?

I was also honoured to take part in the 1916 commemorations here last year.

Irish Ambassador to the UAE Patrick Hennessy is an avid supporter, as is the Dubai Irish Society, who have helped with funding. The Irish in Dubai are hardworking, passionate and very supportive. We are a tight-knit community. Everyone is always willing to help one another.

I am currently working on a Syrian piece of theatre as well as Henrik Ibsen’s A Doll’s House using only Arab and local Emirati actors. There are more people on board now, so the theatre can continue regardless of whether I’m here or not in the future.

I have been fortunate to make friends with many people from the UAE, which is not typical here. This has helped me feel more connected to the place. Instead of “expat” brunches in hotels, I brunch with my friends in the majlis (a special room adjacent to the main house where friends congregate), where we sit on the ground and share food and stories. I also spend my weekends on their desert farms, which I especially enjoy, having grown up on a farm in Ireland.

I am a proud Irish man, a Gaeilgeoir and a lover of Irish culture and history. I have developed a deep appreciation for the people here, however, and for their incredible land, history, culture and kindness.

We are all the same, regardless of religion or race, and theatre reminds us of this. In an age where people seek to build walls, theatre in Dubai is tearing them down.