How many hoops must a returning citizen go through? I nearly took up smoking again 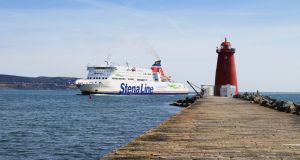 Troubled passage: I loved moving home, but the “settling in” bit might warn off other emigrants thinking of returning

Three months ago I wrote an article on Twitter listing the things I loved about returning to Ireland after 30 years in London. It quickly went viral, attracting more than 13,000 likes from around the world, and was published in The Irish Times’s Abroad section.

I had encountered only decency and kindness on my return to Ireland, and I still stand by that article. But since then has come the “settling in” bit. What follows might serve as a warning to emigrants thinking of moving home.

My beloved mother died in June; I returned a week before she died. Her elderly sister, who shared her home, now needs full-time care. Circumstances in London, Brexit included, made me think now was the time to return to Ireland. But I quickly found myself in a weird loop of administrative nonsense.

I checked the carer’s allowance waiting times: 15 weeks before I would hear whether I would be entitled to anything. Gulp. I’d have to wait

First, there was the Public Services Card. I hadn’t a clue about the debate here over whether it was necessary, the data and privacy implications and so on. I just assumed the card was what everyone had to get.

And, to be fair, I got one in a day, presenting my passport, a letter from my aunt saying I was home to be her carer, and a filled-in form.

I thought it would be an easy passage once I had this precious plastic in my possession. As I worked in Ireland in the mid-1980s, and already had a 30-year-old social-welfare number, I assumed I was ahead of the posse.

On July 9th, before I had even started looking for a job and a new house in Dublin, I applied for a carer’s allowance. A humongous form requiring my seed, breed and generation needed to be filled in, accompanied by three months of statements from both my UK bank accounts and a signed GP’s report. Believing I had done all they required, I sent these off to the Carer’s Allowance Unit, Ballinalee Road, Longford.

I checked the waiting times: 15 weeks before I would hear whether I would be entitled to anything. Gulp. I’d have to wait.

Ten weeks later I got a letter from a “deciding officer” in Longford. They now wanted six months of my UK bank accounts, proof of reregistration of my British car, proof of change of my UK driving licence to an Irish one, and proof of the sale of my London house. Otherwise my application (already 10 weeks old) would be null and void.

I replied, outlining my situation to the deciding officer. My letter pointed out that the original buyers of my London house had pulled out in August and that the sale, to new buyers, was now scheduled for early November. Could they, please, I asked, keep my application active? So far, silence.

My house was sold on November 1st, and I’m now exhaustedly compiling page after page of documents to fulfil the requirements.

The Carer’s Allowance Unit has also asked for proof that I’ve closed my two UK bank accounts and that I’ve set up a new Irish bank account. Now for more returning-emigrant fun.

“Would you like my money?” I said to a very nice, competent woman at my local branch, in north Co Dublin. Why, yes, they would love to look after my money, but could I first fill in the central database questionnaire and application form online? No, it couldn’t be done in the branch.

So here’s the next Becher’s Brook: the bank’s central processing unit wanted photographic proof of utility bills for a Dublin address in my name. Raising my eyes to heaven, much like Sr Michael in Derry Girls, I uttered the word “Christ!”

I dug out a Revenue letter from when I’d registered that I was now living here. No, that wasn’t proof. What? An official letter with my Dublin address wasn’t enough for my bank?

I’m only back living in my late mother’s house since June and they want my name on everything. My passport, driving licence and 30-plus-year history of banking with them weren’t enough. I managed to dig out a Revenue letter from when I’d registered that I was now living here. No, that wasn’t proof. What? An official Revenue letter, dated October 30th, 2019, to me at my Dublin address wasn’t enough for my bank?

Since my mother’s death all utility bills are now, legally, addressed to “the estate of” my late mother. I’m the sole executor, and I’ve only just been granted probate. There’s nothing on the form where you explain this conundrum to the faceless operators of the processing unit. Unless my name is on Irish utility bills I can’t open an Irish bank account.

Seriously, how many hoops does a returning citizen have to jump through? One step forward, two steps back is the dance of the bewildered returner.

Then there was trying to log into the MyGovID site. Despite my possession of a PPS number and a Public Services Card, I had to wait five days for a postal acknowledgment and a code that would give me access.

Eleven attempts to log on – I have an Irish address, an Irish mobile number, an Irish PPS number – and no go. I spent an hour trying to log on and was then blocked until the next day.

When I finally rang, a rather dismissive woman told me that the apostrophe in my surname wasn’t acceptable. Run that one by me again. We’re in Ireland: hundreds of thousands of us have an apostrophe in our surnames. So, I asked the officer, if I do that will I get access? “No”, said she. (Could I detect a note of glee?) Why not? My mobile phone had not been registered.

Deep breath, Helen. Would this government official be able to now register my Irish mobile number? “Oh, no, not at all” was the answer. I nearly took up smoking again.

So watch out, Longford, I’m now going to send the biggest parcel ever to the Carer’s Allowance Unit: two lots of six months’ worth of bank statements from my personal and joint accounts; proof of the London house sale; photographs of the huge removal truck arriving at my Dublin address last week with my London house contents; photos of my storage unit, packed to the gills, in north Co Dublin.

Would they like a photograph of me crying on the ferry as I left Holyhead? I could include that.

I couldn’t provide proof of a new Irish bank account because Bank of Ireland wouldn’t let me give them a large amount of money, and so I couldn’t close my UK accounts.

So, although I still hold firm to all I wrote in September – the kindnesses, the humour, the generous gestures – October and November have been an absolute trial. I’m still glad to be back, but, good Lord, Ireland, you make it hard going.