Am I Irish, British, European? I’ve been unsure all my life

Is our nationality defined by where we were born? Or is it to do with how we feel? 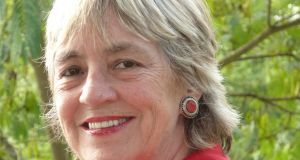 Clare Doyle: ‘I thought the problem was over with the creation of the European Union, I found my nationality, I’m a European... Then there was Brexit.’

My parents left Ireland in the 1920s; after living in Brazil and Argentina, they came back briefly to Ireland, then moved to the United Kingdom. I was brought up in Devon, went to college in Ireland, lived in London, Brussels, Mexico, and now reside in France.

Who am I? Or rather, what am I? Irish? British? In Devon, our friends were the O’Connells, the O’Malleys, the Rorkes. We were Irish, the Catholics. Most summers we went to Ireland, where we were English, subject to taunts and recriminations from our numerous cousins.

We did have some unanswerable arguments. One cousin told me that the Bishop of Cork had said no true follower of the faith would go to see Jailhouse Rock, and that Elvis was the work of the devil. The idea that our Catholic Bishop of Plymouth would make such a statement was unimaginable.

More as an Elvis fan than as a defender of cultural freedom, I could see the advantages of living in Britain, or Great Britain, or the United Kingdom. No wonder I have a problem trying to define my nationality, it’s hard enough to name the country I grew up in. Is our nationality defined by where we happened to be born? Or is it to do with how we feel, our references, the influences that surround us?

My parents talked little about what it meant to be Irish, we had the John McCormack records, we read the tales of Finn McCool, we knew about the Rising, but of contemporary Ireland, very little. By then they had spent more of their lives outside their country, they were more informed about Britain or Buenos Aires than Ireland.

The first time I defended some kind of truthful Irish reality was when I was 13. I had read The Great Hunger, the history book by Cecil Woodham-Smith. The history teacher described the famine, and how the many deaths were due to the potato blight. My hand went up. No, I said, many deaths were in part due to the actions of the British government, or, more accurately, their inactions. The teacher called in the senior nuns.

I was sent to chapel. Why is that a punishment? Surely it should be a reward, spending more time in God’s presence, perhaps they thought I would find redemption, or a different view of the famine.

I told my father of my misadventures. He arranged to go in and see the nuns. I was dumbstruck. This was the man who reckoned you had to deal with the consequences of your actions at school, don’t expect your parents to come to the rescue. Evidently the famine was different.

He was received respectfully by the nuns, even Reverend Mother attended. I was called in at the end. It had been agreed there was another way of looking at the Irish famine, but this should not mean contradicting a teacher. Since this sorry part of 19th century history had now been covered, there was no need to mention the famine again. I have no idea how the subject was addressed subsequently in that school.

I chose to study in Ireland, at Trinity College in Dublin. I wanted to be in the country my parents had left. Again I felt my nationality in question. A rather grand English fellow student asked me, “You know Clare, I really don’t know many Ahrish people, do you?”’ “Not really,” I replied, “just my mother and father”. We didn’t see each other much after that.

I was astounded by how unaware many of my British contemporaries were about Ireland. It was as though Trinity existed as a separate state, a bubble in the centre of the city, a convenient place for them to continue their unruffled lives.

Later I spent time in Belfast, and worked in London at the time when the IRA seemed to be targeting every tube train I travelled on. The Monday after Bloody Sunday, I met a friend from Dublin where I worked, which happened to be Westminster City Hall. On time he rushed through the doors yelling “Get down Clare, get down! They’re going to shoot you!”

From the first day he was convinced the troops had fired deliberately, in those early moments I kept some faith in the system. My confusion continued, which side was I on?

I thought the problem was over with the creation of the European Union, I found my nationality, I’m a European. British friends mourned the loss of the blue passport, I rejoiced in the acquisition of the red European one.

Then there was Brexit.

Now the rage is abating slightly, I feel disenfranchised, as though part of my nationality has been stolen. It’s alright, my red European passport exists, thanks to the place of birth of my parents, so I can now say “I’m Irish”. Perhaps Brexit has sorted it all out.

Hilary Fannin: A trip to Belfast feels like a much longer journey
4