Cost of rent in Ireland a major factor for returning emigrants

How much can you expect to pay to rent around Ireland? 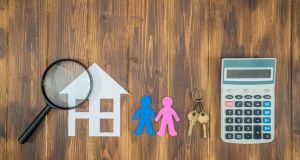 Thinking of coming back to live in Ireland? The cost of renting a home might be a surprise. Photograph: Getty Images

A year ago this week, Finn Hynes and her husband Matt Byrne moved home to Ireland, after six years in Sydney. The couple, who got engaged en route to Australia in December 2010, were accompanied on the return journey by their toddler sons, Elwood (three) and Otis (one).

When the couple decided to return to Ireland in January 2016, they began their online search for a family home to rent, focusing their search on the town of Greystones.

But in the six months it took to put their relocation plan in action and leave their two-bed apartment in Sydney, Hynes says they were “priced out of the market” in Ireland. “When we arrived back, rents had shot up dramatically.”

Supply issues were also beginning to become apparent to the couple, who initially stayed with their parents on their return to Ireland. When they started their online search for a new home to rent, “there were places available, at least”, Hynes says. But by the time they were back in Ireland and the search had intensified, they found little on the market in their chosen area.

“Greystones was where we wanted to be, but not one place to rent, suitable for a family, came up in the first six weeks we were home.”

The family are currently living in Wicklow town, where they are renting a house from a relative, having had to widen their search area from their preferred area. Byrne commutes to Sandyford to work, and Hynes runs a gift box delivery company, kindtwine.com, from home.

“It’s a lovely town, and we’ve put down roots here. But I’d like to be closer to family and the city. My parents are in Dalkey and my husband’s family are in Greystones,” Hynes says. People ask me what it’s like being back ... but I’ve come back to a different part of Ireland.”

It’s a familiar story, and one that is becoming a major factor in the decision facing many emigrants weighing up whether to return to Ireland, or not.

SO HOW MUCH DOES IT COST TO RENT IN IRELAND?

Rents in Ireland rose by 13.4 per cent between January and March of this year, according to the most recent Rental Price Report from Daft.ie, published last month, and the national average rent is now €1,131. Rents in the capital are rising faster than elsewhere, and the average monthly rent in the city centre is now €1,690.

According to the Daft.ie research, based on a survey of 4,000 tenants, the cheapest place in the capital to rent a one-bed apartment is Dublin 22, where it will cost an average €1,079 a month. Spread the net to include the entire county, and the price drops to €1,043 in north Dublin.

A move closer to the city centre would cost the young professional looking for a one-bedroom apartment an average of €1,383 in Dublin 1, and €1,621 across the Liffey in Dublin 2.

A family looking for a five-bedroom house to rent in the same catchment zone can expect to pay €2,482 a month in the popular Dublin 6 suburbs of Ranelagh, Rathmines, Rathgar and Milltown, and could pay up to €3,141, if they want to live in Dublin 2.

Renting in Galway county will cost an average of €704, making it the most costly place to set up home in Connacht/Ulster, while Leitrim’s national average monthly rent of €517 makes it the most inexpensive place in the country in which to rent a home.

CAN ANYTHING BE DONE TO MAKE IT EASIER?

Relocation companies can make the business of moving from one country to another a lot less painful than doing it yourself, and some of them will even do the househunting for you, for a fee.

Irishrelo, based in Kilcock, Co Kildare, has been in business as a global employment relocation company for more than 20 years. As part of its relocation package, the company offers what it describes as a “soft landing service”.

This can include finding a rental property, as well as arranging school places, and offering “area orientation and settling-in support”.

According to chief executive Dan Sennett, the company “works with all the main agents in Ireland – as well as private landlords who don’t want to go through agents” and has a 100 per cent success rate in finding suitable accommodation for its clients.

The company’s business is 90 per cent corporate – clients include Dell, Coca-Cola, KPMG and AON – but they also undertake work for private individuals needing assistance with relocation and looking for a rental property.

This can take the form of doing searches, visiting and assessing rentals on offer, and providing a list of accommodation available, based on criteria supplied by the client. If the rental property seeker is unable to return from abroad, the company can see the negotiation through to completion.

“We access all areas of the market to try and come up with what the client wants,” Sennett says. And the cost? “It very much depends on the service the client requests, but for home finding we work off a daily [fee] system,” Mr Sennett says, but declines to disclose the rate.