Australian colleagues gasp when they hear how Irish doctors work

Most Irish doctors in Australia want to move home, but they will not unless conditions improve 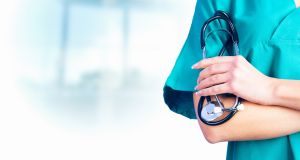 ‘We have hundreds of Irish trained doctors working abroad who want to do their job at home.’ Photograph: iStock

I was sitting in a boardroom in a hospital outside Melbourne last April when the Irish Times app notified me about how Ireland “faces an existential crisis in healthcare”. Looking around at the room of Irish-trained doctors scrambling for seats, as the compulsory lunchtime teaching session by an Australian emergency consultant began, I was struck by a bolt of frustration.

“Is the anti-venom for the brown snake available in our emergency department?” a strong Cork accent from the crowd later asked. Treating snake bites wasn’t covered in our undergraduate degree in Ireland, of course. The Irish medical curriculum wasn’t designed with the intention to train a body of our nation’s doctors for a career in a country 17,000km away from home.

As someone who recently returned to work for the HSE after three years in Australia, the solution, thankfully, appears simple: improve very basic working conditions and Irish healthcare workers will come home in their droves.

Before looking at the very basic working conditions doctors would reasonably expect in any developed country, it is worth looking at the general attitude we all have to healthcare in Ireland. Having been recently immersed in Australian society, where a healthcare crisis is not a regular feature of morning radio or evening news, on returning home it became clear we are all becoming immune to our failing hospitals.

The daily count of hundreds of Irish tax paying people, mostly elderly, lying ill on trolleys in hospital, while harrowing, no longer evokes despair among a nation listening to the trolley count just as they would the weather forecast. Even the term “crisis” has lost its meaning.

Headlines are full of data and statistics about hospital performance, waiting times, and healthcare or workers’ pay. But no one is really listening anymore.

So what does the Government need to do to bring the aforementioned doctor from Cork, treating snake bites in Melbourne, back to work in the Irish healthcare system?

For the past three years I have worked in an emergency department in Australia that has appropriate working conditions. This includes reasonable hours, access to teaching from senior staff, a realistic workload during hours worked, senior support available, and appropriate pay. I observed a system that ensured patients have appropriate waiting times, appropriate care and appropriate access to services.

Let’s look at appropriate working hours. Globally you can expect, as a doctor, to be working long shifts and perhaps without a break. This is necessary to support a 24-hour model of care, and doctors are happy to do it. Long shifts in Australia are generally capped at 12 hours; on the rare occasion you may do an hour or two longer. I have heard Australian colleagues gasp in despair at being rostered for an 11-hour day.

I have recently been given a roster in Ireland that involves three 24 hour shifts in one week. The contrast is almost comical. But the adverse effect this has on mental and physical health regrettably removes the humour. This under-staffing and under-rostering is a key factor in why Irish doctors are leaving in such large numbers.

Longer hours and lack of sleep lead good doctors to make mistakes. Speaking to colleagues and friends, there is a sense of dread unique to Irish healthcare workers. There’s a fear of being responsible for a mistake you made due to being pulled in multiple directions, working the job of multiple people.

What I’ve witnessed patients and their families experience in emergency departments in the last four months, in one of my rotations in an Irish hospital, has been deeply upsetting. I’m sure most readers have some experience of emergency department themselves or with their families, whether its waiting times, lack of trolleys even for very sick or elderly patients, or access to hospital beds once admitted. We’ve all heard the stories. Unfortunately, it’s our Irish news story.

Small gestures boost morale, and help retain the Irish staff in Australia. But these small gestures can only be offered by staff that are not under severe time pressures or stress. The ones I experienced during my time working there included senior staff making sure their juniors were appropriately debriefed and counselled after traumatic events at work such as infant deaths, or ensuring that teaching of junior doctors is compulsory and to a high standard. Without asking, I was told to leave work and get a flight home for the week, after one of my grandparents died.

Australian patients may be excused for not appreciating their functioning healthcare system; they may not notice that instead of the emergency department staff scrambling to locate a trolley as is too often the case in Ireland, Tina in cubicle 10’s husband got a cup of coffee before driving home, or there was time to double check that Tom in cubicle 9 phoned his wife back.

Once patients are happy, the job is so much more rewarding. None of this is ground-breaking, but it is what current HSE frontline staff can only dream of. This is a key factor in why so many Irish graduates stay in Australia. Who would want to go back to work in a system where you are at the bottom of the pyramid, fighting for your basic needs?

I worked in multiple hospitals around Australia in my last few months there, and I asked about 100 Irish doctors I met along the way whether they wanted to come home. The vast majority said yes, but unless working conditions change, most will stay.

Phrases I heard repeated by Irish-trained medical staff, including consultants, were: “I want to go back, but I can’t face it”; “I dread working in Ireland again”; “If I go back home I will probably quit medicine and work in something else”; “I can’t go back to the constant apologising to patients at home”.

I want more for Irish people; doctors, other healthcare workers, and patients. We all deserve better. We have hundreds of Irish trained doctors working abroad who want to do their job at home; we need the decision makers of the healthcare system to do their job and give them a reason to come back.