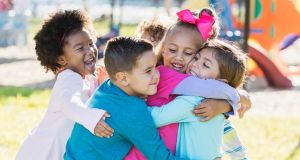 Where’s the best city in the world to raise a family? Not Dublin, according to a new survey of 150 cities that puts Helsinki in the top spot, with the Irish capital in 120th place.

The 150 international cities in its survey have a reputation as being attractive places to raise a family; as well as housing, transport, living costs and parental leave, Movinga’s assessment takes into account other liveability factors such as education, employment rates and general affordability, as well as surveying parents in each location.

The Finnish capital rates as the number-one city for families because of generous paid parental leave, high-quality education and excellent healthcare. Quebec, in Canada, and Oslo, in Norway, rank second and third. Other high scorers are Munich, Copenhagen, Stockholm and Reykjavik.

Dublin is middle of the road when compared to other cities on factors such as safety, healthcare, children’s activities and air quality

Helsinki also scores highly for family-friendliness, coming second after Oslo. Tokyo is rated the best for neighbourhood safety. Los Angeles offers the highest number of children’s activities, followed by New York and San Francisco. Singapore has the highest education score, followed by the Canadian cities of Calgary and Vancouver.

Among the worst cities for raising a family, according to Movinga, are Istanbul – which comes last in the table – Izmir and Ankara, all of which are in Turkey, plus Kuwait City, Manama, in Bahrain, and Mexico City.

In coming 120th, Dublin’s overall score is 68.06, compared with Helsinki’s 100 (and Istanbul’s 1). Although Dublin rates well for inclusivity, education and being family-friendly, it is middle of the road compared with other cities on factors such as safety, healthcare, children’s activities and air quality.

But what brings Dublin down dramatically in Movinga’s survey is how poorly it rates for housing affordability (10th worst of the 150 cities), mobility (the efficiency of a city’s public and private transport systems), living costs by income (we’re 34th from the bottom of the 150 cities; figures include childcare costs) and paid parental leave.

On paid parental leave, US cities are worst, most of them having none at all, and Dublin scores among the worst in Europe, with 182 days of paid leave associated with childbirth, compared with Helsinki’s 1,190 days.