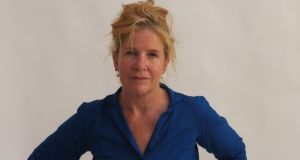 It’s a beautiful sunny spring day here in Milan, but there are few people around and the mood is strange. In fact it’s quite dramatic at the moment.

On Saturday I went to pick up some protective face masks and thought I was on the Coronavirus case early, but nearly everywhere – including all pharmacies – was sold out of them. I also looked for antibacterial hand gel, and that had tripled in price in some cases. I eventually got the last three masks in a DIY store.

On Sunday morning I went to the supermarket to pick up a few things. It’s usually a quiet time, but it was full of people – in a decidedly sombre mood. Things escalated quickly: there were photos online of other shops completely cleaned out by 5pm.

My daughter’s school is now closed for a week, along with all the universities, cinemas, churches and bars – although restaurants are still open. We hope her school will reopen next Monday.

The city’s Chinatown, where we used to live, is practically deserted and has been for about a month. Schools there have been closed for a while. La Scala is closed, the Duomo is closed, the nearby trendy hostel closes its bar at 6pm, and they’ve had almost 100 per cent cancellations.

The crisis has devastated Milan Fashion Week, which is on now. Milan Furniture Fair, due to take place in April, is a huge commercial event not only for the city but for the country as a whole. It has to be in doubt now.

I work as an artist and teacher. The school where I teach has also closed – meaning exams are cancelled. It has a sister branch in Rome, which I am due to visit this week, but I’m reluctant to take a train now.

Everything that usually seems important suddenly isn’t. A few days ago, that trip to Rome was a crucial part of my week; now it’s doesn’t seem to matter much.

And it’s hard to know how much to worry. Some people are saying you can catch the virus from coins, which in reality is very low-risk. And then someone else shared a recording of a doctor saying that this is just another form of flu that many people here will get, but that we will develop antibodies to resist it.

It feels like the government is handing it really well. Northern Italy is good at this kind of thing, and the health system here works very well as a rule. I hope that Ireland would handle it just as well, though hopefully the virus will stay contained in central Europe.

It’s particularly important for this region of Italy, being adjacent to several other countries.