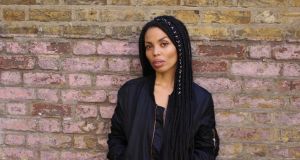 Writer and academic Emma Dabiri: “The difference with this [and other social media platforms] is that now the creator is getting paid as well as the platform. Maybe it’s a fairer model. It’s quite radical in some ways.”

2020 has been a time almost without precedent for people who make their livelihoods from the arts. Social media has been replete with tales of musicians, theatremakers, actors, production staff and film-makers attempting to adapt and work within an entirely new set of professional conditions. It’s been a frantic scramble. Anxiety and financial worry have deadened creative impulses; audiences have become virtual; physical distancing and other guidelines have killed off many of the traditional ways that people can present their work.

The recent increase of Arts Council funding (to €130 million for 2021) is a cheering turn of events, but a growing number of creatives are seeking out another way.

Enter Patreon; a social media/membership platform that’s being described as the most democratic and best way for artists and creators to get paid for their work. For the uninitiated, a quick intro: Patreon is a platform that helps creatives build a community of fans around them. In exchange for a monthly subscription (often starting at about $4 per month, but can build, depending on how much you want to offer), creatives can offer exclusive content to their followers, from a video blog, podcast, piece of writing or song. It’s considered different to Kickstarter and GoFundMe, which offer people the chance to crowdfund specific projects. Because your “fans” are paying to be within your Patreon community, there are few trolls willing to pay to be there. Best of all, creatives can create what their audience wants, without worrying about the wider constraints of the mainstream industry.

In March of this year, 50,000 people created Patreon accounts; last month, the company reported that it has paid over $2 billion to its users ($1 billion of that was in the last 14 months). The company’s cut is 5, 8 or 12 per cent of earnings, depending on what tier the person chooses.

Dawn O’Porter’s new book, Life In Pieces, began its life on Patreon. “At the start of the year I was looking for ways to feel a bit more secure in my work,” she writes in her author’s note. “The idea of blogging for no financial return didn’t work for me. I needed a secure and regular income, but I also didn’t want to be beholden to brands. That’s when I discovered Patreon. I set up my account, feeling like a real dick for even trying, but wondered if anyone might be up for it. “Every time I posted that I had written something [on Patreon] lots of people [asked] why they should pay for my crap. This reaffirmed that I was doing exactly the right thing. How I NOT been charging for my work for so long?”

MIA., Beardyman, Einsturzende Neubauten and Amanda Palmer have all created sizeable Patreon communities. One of the biggest Patreon communities is that of the Chapo Trap House, a political/comedy podcast, which has 21,400 Patrons, earning about $95,000 a month. Psychology YouTuber Jordan B Peterson has 8,100 Patrons, earning an estimated $70,000 a month. About 15,000 of Amanda Palmer’s fans have pledged to pay her to create albums, web videos, long-form writing and podcasts, to the tune of an estimated $55,000 a month.

Closer to home, there are also big-earners, among them Blindboy Boatclub and Jarlath O’Regan. Second Captains, who charge a minimum of €5 per month to offer their fans access to podcasts, blogs and live events, currently have 12,274 Patrons.

“Considering the relatively small size of Ireland, we have a lot of high-performing creatives on Patreon from Ireland,” observes Ronny Krieger, general manager for Patreon across Europe. “Early on, they were very aware of it.”

Krieger came from the music industry, where he remembers working at the industry’s commercial peak.

“When Jack [Conte, singer-songwriter] created Patreon, he did it to find the solution for creators that would centre around their interests, not the interest of the corporates or the platforms,” he explains. “Pretty much the big platforms right now are centred around their own interests. They’re the ones making the money.

“We found that the direct relationship to your strongest supporters is really the way forward when it comes to monetising your work.”

On how he created a community with thousands of subscribers, Jarlath O’Regan (patreon.com/irishmanabroad) notes: “I was making An Irishman Abroad episodes every Sunday for five years without ever missing a single week before I went to Patreon. By then my audience was big because they could rely on me to give them podcasts of a certain standard consistently and they really wanted more.

“For me the biggest benefit is just that connection with the people who know and trust your stuff,” O’Regan notes. “The first thing that was said to me when I started Irishman Abroad was ‘How are you going to make a living off that?’ Patreon [is proof] that if you make a podcast that’s consistently good enough and you build that trust with a big enough number of people, some of them will join you in funding the creation of more of that stuff.

“Artists and creators are gasping for air right now,” he adds. “We are all trying to stay above water. Simple as that. Patreon is the oxygen mask in this arts emergency for a huge amount of us.”

On creating the right vibe within his specific Patreon community, O’Regan notes: “I feel like the unwritten contract between you and your Patrons is that you are there for them all the time. I take pride in replying to all their comments and messages no matter what. There seems to be no pressure in the group of Patrons. Zero hate, zero snide, zero trolling, just support for the creation and the hope that it will continue.”

So far, so positive . . . yet presumably artists don’t feel comfortable going to their audience with the proverbial cap in hand.

“There’s a huge misconception around Patreon and what it means – ‘I don’t like to ask for money’,” Krieger notes. “You’re not asking for money – you’re talking about a lot of interesting and creative ideas and projects that you’ve going that will, in turn, get people to want to be part of it. You’re not begging for money – you’re offering a service.”

Krieger says that Patreon is a great way to make money during the creative process, too: “Everything until now has been centred around the monetisation of the finished product – the book that’s been completed, the album that’s been recorded, or the painting that’s finished. The entire journey can be shared with the fanbase – let them have a sneak peek, or even let them give feedback.”

Cassie Delaney, along with Sophie White and Jen O’Dwyer, hosts the comedy/true crime podcast Creep Dive podcast. To date, they have 1,207 Patrons, which allows them to earn about $1,000 a month each (patreon.com/thecreepdive). Delaney, a creative producer with Tall Tales podcast, had considered brand sponsorship as a way to monetise the podcast, but soon warmed to the idea of Patreon.

“There’s a lot of behind-the-scenes stuff that happens with sponsored content – it’s very hard to get a brand involved in an existing podcast, and often they want to be involved in the concept design of a podcast, too,” she recalls.

“At the start I was a bit ‘what if we put this out and nobody pays?’, but we very quickly grew an audience,” she notes. “I think women in particular love the escapism of the podcast, and having a bit of a weekly laugh. There’s a definite appetite there, and people will pay for good-quality, entertaining content.

“It pretty much kept us going through lockdown, knowing there was a pay cheque at the end of every single month, especially when we were losing more and more work. To have consistent money coming in was such a relief. The freedom of not having to work with an advertiser is astronomical.”

Building their Patreon community from scratch took well over a year.

“Consistency is key at the start,” Delaney advises. “We were honest about losing work during Covid and how Patreon kept us going. I don’t know where we would have been without having that kind of genuine, authentic relationship with our audience.”

Academic/author Emma Dabiri is a relative newcomer to Patreon, but has found it a good spot for her Disobedient Bodies book club (patreon.com/emmadabiri).

“When I started it I was like, ‘oh this is actually a lot more work than I had anticipated. Maybe I could set up a Patreon to support some of this’,” she recalls. “The difference with this [and other social media platforms] is that now the creator is getting paid as well as the platform. Maybe it’s a fairer model. It’s quite radical in some ways.”

“I don’t think it should detract from the responsibility that government support and institutionalised support should be giving to artists, creatives and freelancers,” Dabiri adds. “But I do think it can operate as a real lifeline these days, not just for the creative, but the people who consume and are interested in your content.”