Unthinkable: It was good enough for your ancestors, says anthropologist James Suzman 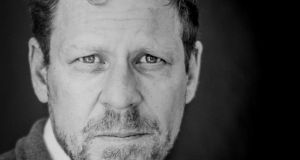 James Suzman: ‘My solution is to say, look, recognise we are incredibly adaptable species... We have got to experiment.’

Anyone feeling lockdown guilt – that sense that you’re not being productive enough during the coronavirus crisis – can take comfort from James Suzman’s book Work: A History of How We Spend Our Time. “For 95 per cent of our species’ history, work did not occupy anything like the hallowed place in people’s lives that it does now,” he says.

Suggesting that we are naturally disposed to be more idle than busy, Suzman presents the evidence that people in hunter-gatherer communities rarely worked more than 15 hours a week, leaving plenty of time for play, experimentation and relaxation. Becoming “increasingly efficient in the food quest” converged with other evolutionary factors – including brain growth and rising dexterity – to allow art, culture and possibly even language develop, he argues.

Suzman is an anthropologist who spent 15 years living with the Ju/’hoansi people of Namibia, one of a handful of societies still dependant on hunting and gathering well into the 20th century. He also had a spell working for the mining company De Beers on its sustainability brief, but “found the corporate life utterly dispiriting”.

His publicity photo makes him appear a rather serious character – Suzman comes from a famous South African family linked to the anti-apartheid struggle – but in person he is jocose and self-deprecating as he gives the The Irish Times a Skype tour of his home office in Cambridge. (A warthog skull from one of his previous visits to the Kalahari desert sits on a coffee table.)

His book meticulously charts the evolution of labour over 300,000 years, a strategy that brings welcome perspective to our current economic woes. While ostensibly a science book, it is also a devastating critique of consumer capitalism and a kind of self-help guide, underlying just how abnormal our lives are by our ancestors’ standards.

“Foragers worked so little because they had few wants,” Suzman says, suggesting the rot began with the agricultural revolution, when an ideology of growth took hold. Of course there have been benefits from economic development, he says, but he supports the thinking of British economist John Maynard Keynes, who advocated a 15-hour working week on the grounds that society’s needs could be met with limited exploitation of resources.

A key idea of the book is that many of our core assumptions are an inheritance of outmoded thinking from the agricultural and industrial revolutions, is that right?

“Exactly. If the book has one big point it’s that our entire intellectual economic architecture is based on a fraudulent premise about human nature – which is that it’s in our nature to be obsessed about scarcity.

“Economics now is all based on this assumption of scarcity, that we are beings in a constant state of competition with one another, that we all have infinite desires, and the truth is we don’t… Working with the bushmen, these truths just went out of the window – even in the most basic sense.

“With us there is this elaborate thing where if you want something you ask for it, and then you say ‘I’m in your debt’ if they do give it to you, and it’s all in the power of the giver. There, you have this complete inversion – people would show up at my truck and say ‘give me that’, and I would say, ‘oh, okay’, I would give it to them and you would wait for the ‘please’ or ‘thank you’ and there would be none, because the reciprocity was open.

“It was a fundamentally different system. It was based on an extension of their environment. They view the environment as generous – there is so much stuff around, why do we need to be stingy with it?”

And you make the case that humans are “fiercely egalitarian” for most of our evolutionary history.

“The evidence seems to suggest that we were. I keep wondering about what is the motivator behind political change and it always seems to be some sense of inequality.

“There are always two ways of dealing with inequality - when you’re at bottom and someone is at the top. One way is to work your way up if it’s possible, and often isn’t. The other way is revolution, which is of course what happens periodically; you have these correction events.

“It seems we are designed to respond badly to inequality; it’s our evolutionary inheritance. There is a reason why it annoys us.”

Is part of that a natural resentment of free-riders?

“The funniest thing in a hunter gatherer compound is that, while there is real tactile affection, everybody is constantly taking the piss out of everybody else. There is this constant levelling process happening all the time, and there is a real edge to it. People know there are consequences in trying to be too big for their boots.

“It is a problem for them now that they are sucked into this modern economy because trying to persuade somebody to take on a role of political leadership when it’s desperately needed they say ‘I don’t want to do that because my community is going to take the piss out of me’, and it does; it can get quite hard edged.”

Is inequality just part of the package we have to accept for other aspects of modern civilisation?

“I find myself a good old-fashioned Keynsian when it comes to this. We have been through all these millennia of struggles… and we have won this extraordinary prosperity and yet here we are squandering it by overcooking the egg by working too much and pumping poison into our atmosphere.

“Keynes wrote about his anxiety that we’re unable to recognise the abundance we’ve won – the fact that we waste 350kg of food per capita a year in western Europe… Just think about the amount of junk we throw out in the food pipeline alone.

“So we live in this astonishing era of abundance, yet our economic norms and culture are still based on this obsession about scarcity, which is baked into our religious views, it’s baked into what we’re taught at school. We accept it almost like a mantra - that humans are viscerally competitive. On the whole most humans I know are very nice to each other; they don’t steal food from each other’s mouths.”

You quote the French sociologist Émile Durkheim, who diagnosed a “malady of infinite aspiration” in the modern workforce. Is there a medicine we can take to cure it?

“I find white wine works.” He laughs. “I wish I did. My solution is to say, look, recognise we are incredibly adaptable species. Our human history is a process of this strange dynamic between natural intransigence and fear of change but at the same time, when the sh*t hits the fan, we do change, and we change very quickly and adapt very well.

“What I’d like to think is Covid has now brought us to a point where we have to rethink and rebuilt, and once the fog of war has cleared and we see the carnage behind that – and we do see there are huge numbers of jobs that have just disappeared – we are going to have to embrace some radical solutions.

“We have to embrace our adaptability, and embrace the fact that we don’t know what will work. So we have to be willing to experiment.

“The problem with our political system at the moment is that we want a political party to come to us with a solution and then we get really annoyed when the solution doesn’t work. You’ve got to experiment, you’ve got to be prepared for failure, and out of that failure you begin to learn things.

“I’d love to see more experiments with universal basic income, which might diminish this obsession we have with consumption and wealth. I’d like to see the four-day week being talked about.

“Everybody forgets that the country that got closest to implementing the four day week was the United States in 1932. The Black-Connery 30-hours bill sailed through the houses of the government; it only stalled at Roosevelt’s twitching pen because he was worried people wouldn’t work their way out of the Great Depression. But the 30-hour week was almost there.

“To use the UK as example, we have people queuing at food banks now and that’s a problem of equality and distribution… but we also have a government paying us to go and eat at fancy restaurants under the ‘eat out to help out scheme’. This is not a culture of scarcity. This is abundance.”

For many people, meaning is closely bound up with work. Where will people find meaning in the future?

“I think this is where there’s a useful distinction between our jobs and work. Nobody wants a life of pure leisure. Lounging around on a sun chair all your life just leads to misery. Most of our leisure involves work in one way or another. We work in the garden. For me, I unwind by cooking, which is horrible housework to many people.

“All of our leisure actually involves work in a fundamental sense; it just is not paid work. So we have to accept we are species that finds purpose in doing and making stuff and in having fulfilling activities to do. A lot of the work that we do doesn’t give us that kind of fulfilment.”

Work: A History of How We Spend Our Time by James Suzman is published by Bloomsbury