What duty do you have to future beings?

Is it fair to class anonymous sperm donors as ‘deadbeat dads’? 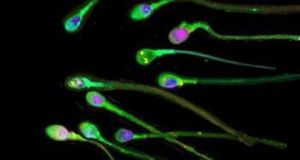 There is a movement to get anonymous donor conception outlawed

Environmentalists often talk about the duties we have to future generations. But it’s not clearly precisely why individuals born in decades to come should blame us specifically for their predicament.

The English philosopher Derek Parfit has introduced what’s known as “the non-identity problem”. In short, it says that since any change in our behaviour today will lead to different people being born in the future, then we can’t rightly be said to have harmed those who are, in fact, born. Why? Because if we acted differently they wouldn’t have the “gift of life”.

The conundrum feeds into a broader debate about responsible parenthood, and, more controversially, surrogacy and sperm donation. If you have a child and abandon it, does the “gift of life” cancel out the harm you have done to your offspring?

No, replies David Velleman, professor of philosophy at New York University, because such a gift is non-existent. “Life is not a gratuitous benefit but a predicament with which the recipients require a kind of assistance that they will justifiably call on their biological parents to provide.”

His thinking leads to a view on assisted reproduction that, he admits, “seems grossly unenlightened”, but he argues “what passes for enlightenment today . . . strikes me as the mirror image of the purported enlightenment of the eugenics movement a century ago. Back then, the people who claimed to know better than common sense believed that a person’s biological heritage was all-important; today they believe that it is utterly insignificant”.

Velleman provides today’s idea: Anonymous sperm donation is wrong because the offspring are denied knowledge of their biological heritage .


Can you explain, first of all, ‘the non-identity problem’?
David Velleman: “One way I like to put it is that if we had turned the lights off more often or showered less often we would have had sex at different times with different people, and so different children would have been born. And Parfit argues that, therefore, if instead we had wasted those resources and damaged the environment, the children who would be born could not be said to have been harmed by our behaviour because they wouldn’t have been born if we had behaved differently.

“Therefore, according to Parfit’s version of the problem, no future person is harmed by our behaviour.”


How do you answer the problem?
“I try to argue it’s a false problem. I don’t think that the concept of harm should be understood as a comparison between how well off someone is and how well off someone would have been if one had behaved differently. I don’t think that harm can be measured by a comparison between someone’s actual life and someone’s alternative, possible life that they would have lived.”


How does such thinking impact on environmentalism?
“What’s wrong with irresponsible behaviour today with respect to the environment and resources is not that particular future individuals will be worse off than they otherwise would have been.

“We don’t have to be able to point to a particular future people who would be worse off. We simply have to understand that we have a responsibility to the Earth and the future of the human species.”


Using the same logic, what conclusions do you draw about responsible parenthood?
“People often think that a child born in disadvantageous circumstances nevertheless has no complaint to make because the alternative would have been never to have been born in the first place; that the ‘gift of life’ compensates the child for those disadvantages.

“I argue along similar lines that this reasoning is incorrect, that one cannot be compensated by existence for the disadvantages under which one was brought into existence. What I’m doing is using the reverse of Epicurus’s argument about death: birth does not make you better off, just as death does not make you worse off [see panel].”


How does this apply, then, to donor responsibilities in assisted reproduction?
“People have given an argument very much like Parfit’s identity problem to argue that although children produced by anonymous donor conception have the disadvantage of not knowing their biological parents, they are nevertheless compensated by having been brought into existence, and so the gift of life has compensated them for any disadvantage of having been alienated from their past.

“Again I don’t think that kind of argument will work. I therefore think that donor conception is irresponsible. I sometimes compare it to ‘deadbeat dads’: men who abandon their wives and children and don’t provide for them. I think a sperm donor is a kind of deadbeat dad who creates children and then doesn’t care for them.”


It’s a controversial view, but are people coming round to it?
“Children of donor conception have recently begun to come of age because donor conception became widespread only 20 or 30 years ago, and many of these children are extremely unhappy about not being able to know and meet and have a relationship with their fathers or mothers.

“They have formed organisations to help each other identify their donor parents and there is a movement among them to get anonymous donor conception outlawed.”

Question: Should death worry me?


Epicurus replies: “Death is nothing to us, seeing that, when we are, death is not come, and, when death is come, we are not.”