Unthinkable: Why should the State fund universities? 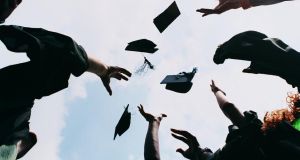 “When the State pays, it doesn’t mean that the poor subsidise the wealthy”

Prof Thomas Docherty has been an outspoken critic of the marketisation of education, and last year he found himself at the centre of a row over “academic freedom” in the UK. The professor of English at the University of Warwick, whose critique of the modern university has drawn comparisons to Cardinal Newman, was suspended for nine months following accusations that he “sighed” and made ironic comments during job interviews.

The university claimed he was undermining the head of department, but later dropped the case amid accusations that it was trying to punish him for his political views. Docherty, who once taught at University College Dublin and at Trinity College Dublin and is giving a public talk at Maynooth University on Wednesday sees the same market forces at play internationally.

Defending the notion of a publicly funded university that resists rather than reflects economic norms, Docherty provides today’s idea: “Higher education is a public good that benefits everyone in society.”

How have universities changed since you first entered academia? “The central thrust has been the steady drive to privatisation, in every respect: first, the determination to call a university education a purely private good; second, to make the institutions a key player in the systematic transfer of commonly shared wealth into the private hands and bank accounts of a few; and third, to drive the institutions towards conducting themselves in a false logic of business competitiveness. The net result of this is that institutions now behave as if they were corporates.

“Everything is for sale, and knowledge (which used to be our central element) is eviscerated of content so that it becomes bits of information. When this happens, the university becomes an instrument for division in society; it endorses a dog-eat-dog competition, and institutionalises inequality. It was not always thus; it was once, in fact, almost the opposite.”

Why should the state fund universities? “In 1946, when Jaspers reinvented the idea of the university in post-Nazi Germany, Hannah Arendt noted that, because the university is expensive, the costs are best borne by the state – but the professoriate must not become civil servants, she said. There is something to that. But there is a better reason: the university is integral to the state’s self-consciousness, and it thus exists not just for the students who attend but also, even more importantly, for those who don’t attend.

“When the state pays, it doesn’t mean that the poor subsidise the wealthy; a progressive taxation system means completely the opposite. However, given the changes I noted above, the state itself now too often follows a neo-liberal troika, whose policies are anything but progressive.

“There is, therefore, a larger political struggle to be fought.”

Do academics need to be held accountable, and, if so, how? “Yes. Academics are, and always have been, accountable to their disciplinary knowledge and to the demands of searching for advanced knowledge and different meanings for our lives. Nowadays, when politics has been captured by money, the meaning of ‘accountability’ has been reduced, impoverished.

“What this means is that the sole accountability that seems to matter is how well I use the institution as a vehicle for the generation of more money. We should ask, really, whether those who hold the power of money are properly accountable for the dire post-2008 position they’ve put us in.” Is it fair to say that postmodernism is one of those fields of study that accountants despise. Put bluntly, what’s the point of postmodernist studies? “The postmodern is much maligned in the popular imagination. Put equally bluntly, postmodernism means research. Its philosophical sense means working without rules – or experimentation – to find out how we might live and reinvent a future.

“It is about change, and the possibilities of making real historical changes; and that is why it has to be maligned.

“There are many in our new establishment – that unholy alliance of politics with business – who are pretty comfortable with things as they are.

“Anything that suggests (Wednesday) might be different is therefore resisted, misrepresented.”

In reviews of your work, you’ve been described as a latter-day Cardinal Newman. Do you see that as a compliment? “I am hugely flattered by the comparison. Newman was an intellectual giant, but he was of his time and culture.

“Yes, we can learn from him. However, I am an advocate of a secular university, one that acknowledges that truth is always subject to change in the light of new knowledge.

“Newman’s religious views made him something of a fundamentalist, and I oppose fundamentalism – absolute knowing, absolute certainty – since to accept any fundamentalism is to accept that there is no need for any further thinking. The truth is revealed, as it were, and we just repeat it like a catechism. My own view, though, is that thinking is the proper business of the university, and that it is always disruptive to norms.”

Q: Why do intellectuals mope around in black polo-necks?

Marcel Proust replies: “Happiness is beneficial for the body, but it is grief that develops the powers of the mind.”