Unthinkable: In the marketplace of values, how do you choose the right ones?

Modern society is characterised not by a lack of values but rather a surplus, says philosopher Niall Keane 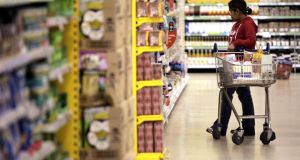 Dostoevsky’s famous saying “If there is no God, everything is permitted” has been disproved by secular civilisation. You don’t need God to have values. One can find moral norms independent of religion in such things as basic manners, professional ethics, and, of course, humanism.

In fact, modern life is characterised not so much by too few values but “too many”, as Niall Keane, head of the department of philosophy at Mary Immaculate College, Limerick, points out. “There is a surfeit of competing values out there.”

How do we deal with this challenge? Anoint a higher authority to adjudicate between competing value claims? Or take the nihilistic view that nothing is either right or wrong? Keane recommends trying “to navigate a middle course between value dogmatism, which wants to impose on others its standards of behaviour; and value relativism, which wants to claim that values are purely culturally contingent.”

This can done, he suggests, through phronêsis or “practical wisdom”, a somewhat slippery concept associated with Aristotle and developed by Heidegger, among others. This prompts today’s idea from Aristotle’s Ethics: “The right principle is that which accords with ‘practical wisdom’.”

How do we get our values?

Niall Keane: “The common and quite reasonable assumption is that we inherit the values which have been passed down to us. However, it is perhaps more correct to say we are both recipients of and active participants in the process of value-formation.

The values we proclaim to uphold are sometimes very different to those we practise. How does one know exactly what one believes in?

“That’s a good point, although we need to distinguish between the asserting of a value and the weakness of will that many exhibit when it comes to following through on a value commitment –

a commitment not only in word but also in deed.

“One’s values are surely something one grapples with over a lifetime, something one examines continually. Thus, one knows what one believes in only by participating reflectively in shared value commitments, and yet, such participation, if it is reflective, must be open to the possibility of divergent value commitments pulling one up short or causing one to question how well-vetted one’s previous commitments really were.”

Is every new generation destined to believe their elders’ values are old-fashioned or out-of-date?

“One could say that every new generation, in seeing the values of their parents and grandparents as outdated, are both impetuously pushing against the tradition that precedes them and necessarily finding their way into the values they believe make life worth living. This is a necessary stage in the formation and assertion of value commitments and in the emergence of the self as an autonomous person.”

If our values are tied up in memory and tradition, what implication does that have for moral debate? Should we spend more time learning about one another’s traditions rather than arguing about moral principles in isolation?

“I would say both are important. If one acknowledges that values are tied up with memory and tradition, although not simply reducible to them, then sensitivity to the plurality of traditions and their values must go hand in hand with a critical reflection on the moral principles underpinning those traditions and memories, both individually and collectively understood.

“Here one should bear in mind Friedrich Nietzsche’s caution that too much memory, too much historical sense, and too little forgetting is a dangerous thing. Nietzsche likens this to the past becoming ‘the gravedigger of the present’. So, what I think we need to do is comprehend values – the values we defend and the values we illustrate – as solid and yet open-ended commitments to shared principles that make us the people we are and provide us with the society we want to have.

“What we are faced with is the distinction between a hypercritical attitude to our historically mediated values on the one hand, and the blind acquiescence to the authority of traditional values on the other. Both extremes, I believe, can lead to the hardening of value convictions, to a fundamentalist push towards assimilating the other into one’s own dominant value system, to closing oneself off to genuine plurality and to the legitimacy of competing values. The challenge, then, is to outline a way of thinking that identifies the dangers inherent in the above either/or.”

Where does this middle course lie?

“Perhaps it could be found in a practical or ‘phronetic’ ethics in which values are not asserted dogmatically but rather discursively arrived at, or at least reasonably and respectfully disagreed with because of certain irresolvable differences.

“Some might view this as a form of ‘weak thought’ that emphasises the vulnerability and open-endedness of philosophical discourse in addressing the plurality of traditions and values, yet I believe it is one way to avoid the groping excesses of value dogmatism and the futility of an empty nihilism. In the end, one can do little about the contemporary surplus of values per se but only consider how to assume a stance with regard to this surplus.”