Unthinkable: Does living in relative poverty count as being ‘poor’?

Not being able to afford the right clothes can amount to poverty, argues philosopher Jonathan Wolff 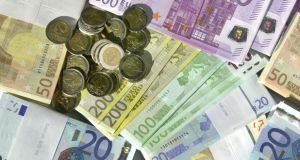 The age-old claim that “the poor will always be with us” is under threat from economic development. According to the World Bank, the number of people living on less than $1.25 a day has fallen sharply in three decades, from half of the citizens of the developing world in 1981 to 21 per cent in 2010, despite a 59 per cent increase in the developing world population. Making poverty history is no longer just a slogan; it’s a very real UN target for 2030.

But what about making “relative poverty” history? How can this be done, as surely relativities will always be with us?

For the philosopher Jonathan Wolff, relative poverty is an important indicator of social progress, despite its slippery nature. It matters as a concept, he argues, because it can help us to understand the “considerable structural obstacles” that stand in the way of achieving a society of equals. Wolff, who is professor of philosophy and dean of arts and humanities at University College London, is delivering a lecture at NUI Galway this week, and he provides today’s Unthinkable idea: Poverty is best understood not in terms of income but social exclusion.

You talk about the need to remove structural obstacles that stand in the way of achieving a society of equals. But why should we want to achieve a society of equals in the first place? Jonathan Wolff: “I’ve given up trying to persuade people to change their most fundamental political beliefs. I think the power of direct argument for political positions is very limited. Rather, I want to try to articulate a view of equality that best describes what I find appealing about it, and invite others to consider whether it fits with their views.

“I want to present a view of a society of equals that eliminates exploitation, oppression, discrimination, snobbery and servility, and, as far as is possible, hierarchy, which I think will be attractive to many people, and leaves a lot open.”

Is there a limit to how much equality we should have? “If you are thinking of equality in terms of distribution of income, I agree that exact equality is probably not a reasonable goal. I’m much more interested in eliminating poverty than ensuring that everyone has the same amount.

“But I would like to take your question a slightly different way: suppose we achieve a society that does overcome exploitation, oppression, exclusion, and so on, would that be a good society? I would answer that it may or may not be. Societies can be equal but go wrong in other ways, at least from the point of view of my values. So, for example, a society in which everyone accepts a high degree of devotion to religion is not one I would like to live in, even if it could not be faulted from the standpoint of equality.”

How do you define “relative poverty”, and isn’t it an unusual philosophical concept? We don’t speak about tackling “relative dishonesty” or “relative injustice”, for example. “Very good point! The notion of relative poverty is ambiguous and the ambiguity has played out in politics in an unfortunate way.

“Adam Smith, in the 18th century, pointed out that although there were other ways of keeping warm, a man would be ashamed to be seen in public if he was not wearing a linen shirt. And we see this now, especially for teenagers. If a schoolchild had to wear school uniform at the weekend because of a lack of other clothes, they would be incredibly embarrassed and would not want to be seen by their friends, most likely.

“One notion of relative poverty is ‘having less than others’, which is really a measure of income inequality; the other is ‘not being able to fit in because you can’t afford to do what is normally expected in your society’. It is that notion, linking poverty to exclusion, and then to social equality – rather than distributive equality – that interests me.”

A related area of your research is the ethics of risk. Should risk-taking be rewarded? “My work on the ethics of risk has largely been about the circumstances in which people are subjected to risks imposed on them by others without consent, rather than positive risk. But thinking about rewarding risk has been a bit of a blind spot for many philosophers, especially on the left. For those of us in safe, salaried jobs it is easy to criticise the wealth that others accumulate through entrepreneurial activity.

“This creative side of business is often overlooked. We tend to think more about people in the financial sector who seem to find ways to transfer the risks of their recklessness to others. That sort of risk-taking, when done deliberately, should be punished, rather than rewarded.”

lProf Jonathan Wolff will give a lecture on Social Equality and Poverty at NUI Galway on Friday, October 10th, at 4pm, as part of the President’s ethics initiative.

Q. I don’t wear labels. Does that make me poor?

Adam Smith replies: “A linen shirt . . . is, strictly speaking, not a necessary of life . . . [but] a creditable day labourer would be ashamed to appear in public without a linen shirt, the want of which would be supposed to denote that disgraceful degree of poverty which, it is presumed, nobody can well fall into without extreme bad conduct.”