Unthinkable: Are there truths that can’t be spoken? 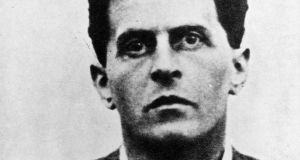 If Ireland can lay claim to St Patrick, Mick McCarthy and Barack Obama, surely it can take some ownership of Ludwig Wittgenstein too. The Austrian philosopher had a special affection for Ireland, and spent the first years of his retirement here.

His penchant for simple, rural life reflected his intellectual humility. He was as much a scientist of what can’t be understood as what can.

Patrick Quinn, head of philosophy at All Hallows College, Dublin, whose latest book is Wittgenstein on Thinking, Learning, and Teaching (Peter Lang), explains the philosopher’s best-known idea: “Whereof one cannot speak, thereof one must be silent.”

What did Wittgenstein mean by this, and did he stick to it?

“The statement, which ends his only published book, Tractatus Logico-Philosophicus, is best understood by Wittgenstein’s subsequent explanation that the whole point of the book is ‘an ethical one’ and that the most important part of it is ‘all that I have not written’.

“The latter constitutes the unthinkable and unsayable. This manifests itself when ‘the solution to the problem of life is seen in the vanishing of the problem’ which occurs when we ‘view the world sub specie aeterni [from the viewpoint of eternity] . . . as a limited whole’.

“We must cultivate a way of seeing things from the right vantage point and from a sense of wonder that the world exists. Later he will argue that a passionate loving belief in the resurrection will redeem and save us.

“These convictions shaped his life, though he admitted that we still try to represent the unthinkable by expressing it in language. This is because we are always caught up in a linguistic labyrinth, since language as the vehicle of thought constitutes the paradoxical nature of our lives.”

What were Wittgenstein’s views on education?

“Thinking and learning is often difficult, he insisted, and requires effort, even suffering. His ‘hands-on’, pragmatic approach to pedagogy as ‘learning by doing’ when teaching elementary school in Austria during the 1920s involved his young students collectively compiling a dictionary of some 2,000 local words aimed at developing their literacy and writing skills.

“He taught them science by getting them to build a small combustion engine and architecture by showing them St Stephen’s Cathedral in Vienna. He also fostered their religious needs by daily reading them passages from the Bible.”

How were his educational views shaped by his own experiences?

“As a child he was initially tutored at home and credited with having a talent for mechanical ability. Later he went to school in Linz and then studied engineering in Berlin and at Manchester University, where he researched aeronautical engineering, which led to his interest in mathematics and logic. This was further enhanced by Bertrand Russell’s invitation to study philosophy and logic at Trinity College, Cambridge.

“These studies shaped his view that the aim of thinking and learning is clarity. His life experiences were shaped by soldiering in the Austro-Hungarian army in the first World War and undoubtedly by the suicides of three of his brothers; his serious intensity and fears of madness in his young adult days often led him to despair, with thoughts of suicide surfacing. However, he saw life as a character- forming experience, including his school teaching, and admitted that the latter gave him some respite from his anxieties, especially during his storytelling to the children whom he taught.”

By modern standards, he would have been declared ‘research inactive’ for most of his academic career. Why did he stop publishing? Was it allied to his view of the unsayable?

“Wittgenstein wrote extensively throughout his life, primarily for himself, he tells us, and his posthumously published writings testify to his lifelong research into a whole range of areas in philosophy, logic and philosophical psychology, music, architecture, culture, psychoanalysis, religion, particularly Christianity in its Roman Catholic form and Judaism.

“His reluctance to publish was due to his high standards, where he even found difficulties in settling on titles for his works. His awareness that many students and fellow academics had difficulties in understanding what he had to say was also an obstacle, though he did wish his writings to be published posthumously, as he made clear to friends.”

Did his travels in Ireland shape his philosophy?

“Wittgenstein had visited Ireland twice previously, and following his retirement from philosophy at Cambridge in 1947, he saw Ireland as a place to rest and write. He initially went to Redcross, Co Wicklow, then soon moved to Connemara and stayed longest in Dublin, where his friend Maurice ‘Con’ Drury worked as a psychiatrist at St Patrick’s Hospital, Kilmainham.

“He spent a lot of time with Drury, discussing, among other things, philosophy, theology, psychiatry and madness, and they often visited the Phoenix Park and Dublin Zoo together, though Wittgenstein’s preference was for the Botanic Gardens for his writing and thinking. One field of interest appears to have then been the philosophy of psychology, as his later writings indicate.

“It was in Dublin that Wittgenstein was diagnosed with prostate cancer, from which he died in 1951, though he continued to write up until a few days before his death, with his last book, On Certainty, examining the central role that belief plays in all our thinking and learning.”

Question: Is it within my power to discover something new?

Erwin Schrödinger replies: “The task is . . . not so much to see what no one has yet seen; but to think what nobody has yet thought, about that which everybody sees.”