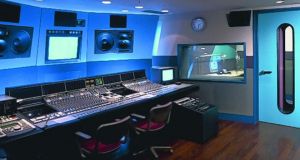 At the heart of Ireland’s progress to a more inclusive society is Irish broadcasting. Radio and television broadcasters, like their newspaper counterparts, have brought diverse voices and views to an audience that wanted to listen and was willing to engage. Whether programmes broadcast on the airwaves changed Irish society or were simply the place where that change was argued out, it is certain that profound change has been enabled because of Irish broadcasting.

The irony is that for all the change for which Irish broadcasting has been a catalyst, the sector itself remains in a regulatory and funding straitjacket that blithely ignores those decades of change. A review of funding of RTÉ and TG4 by the Broadcasting Authority of Ireland is under way.

The authority will make recommendations to Minister for Communications Pat Rabbitte on the adequacy of public funding for RTÉ and TG4 – the only two broadcasting organisations considered by our outdated broadcasting framework to be “public service” broadcasters – to meet their public service objectives.

This is all about a premise that is decades old and utterly obsolete. It inherently equates public service broadcasting with State-owned broadcasters only. We live in a diverse society where public discourse is valued. There are many voices and people have many choices.

The public conversation is no longer always or even mainly “programmed” from on high. It is an evolving, diverse discussion with independent radio at its core. That is Irish life as it is. The status quo, as seen from the perspective of the Department of Communications and the BAI, is based on a re-run of an old classic from the regulatory archives.

The Irish audience appreciates this, and overwhelmingly listens to it – more than 2.5 million people every day tune into radio stations other than RTÉ. Public funding under our regulatory system ignores this almost completely. Independent commercial radio can produce great radio for the listening public, but the fund the public pays to support public service broadcasting is almost exclusively available only for broadcasting from the State-owned broadcaster, RTÉ.

Recognising technological change, including myriad of ways of receiving broadcast content – via smartphones, laptops, tablets and even television – the Government is committed to changing the licence fee to a “public broadcasting charge”. This will increase the amount collected by about €30 million through lower collection costs and less evasion.

The Minister now has a historic opportunity to create a new broadcasting paradigm. Technology has moved on, the audience has moved on; only the public funding mechanism lags behind.

RTÉ has a large deficit in its accounts, an extremely high wage bill (with average salaries twice those in the independent sector) and an unsustainable cost base. Simultaneously it appears the organisation continues to launch new services and seeks to expand its remit. It is clear that RTÉ is a powerful lobby with a pressing need. The issue for the Minister is whether he will collect large amounts of extra money to support solely a model of broadcasting that is both costly and outdated.

Alternatively, he can recognise the more diverse and pluralist society we have become and invest public funds proportionally in public service broadcasting that people choose. Such a choice would continue to support RTÉ and TG4. But for the first time, it would also support the different listening choices that people make and the much more diverse community we have become. Seven out of every 10 minutes listened to radio in Ireland is to an independent radio station.

It is already an accepted principle that independent broadcasters should have access to licence fee revenues where the public interest is being served. The Sound and Vision Fund, under which 7 per cent of the television licence fee is available for funding non-financially viable programming, allows all broadcasters to access funding for some programmes.

The fund shows it is possible to open up the licence fee for audiences other than those who tune into RTÉ. This modest support for audience equality should now be systematically followed through to deliver real support for broadcasting nationally from a genuinely diverse perspective.


Audience is king
Whatever direction the Minister takes on the public broadcasting fund, it is vital that the audience is central to his decisions. Robust definitions of public service obligations for both independent and State-funded broadcasters will help in the decision-making process. They will allow the Minister ensure that the core public service elements of RTÉ are adequately funded.


John Purcell is chairman of Independent Broadcasters of Ireland