Beyond its chilling indictment, RTÉ’s film was a stirring call to action 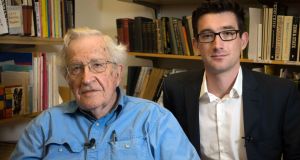 It’s hardly surprising that few people are willing to defend vulture funds, the global private equity firms and hedge funds that swooped in to acquire billions of euro worth of distressed assets and debts in Ireland, then squeezed them for profit.

But it’s revealing that even vulture funds themselves get snippy at the description. “I hate that word, whenever I see it in the newspaper, that term,” protests David Ehrlich, chief executive of Ires Reit, the Canadian investment firm that now finds itself Ireland’s biggest commercial landlord, where rents are as sky-high as their properties.

Ehrlich points out that, unlike these deplorable, so-called vulture funds, who pick the carcass of loan books clean as quickly as possible and swiftly move on to the next carrion, Ires is here for the long haul.

Sure, you may have seen an overnight rent increase of nearly 30 per cent at one of the city-centre apartments they acquired for knock-down prices, as one former tenant attests, but Ires now provides a 24-hour phone line to handle complaints. It’s a wan defence, certainly, but Ehrlich is the closest that The Great Irish Sell-Off (Monday, RTÉ One, 9.35pm) comes to putting a face on the otherwise anonymous financial companies that now control 90,000 mortgages and €200 billion in property and business loans in the country.

“They are secretive and powerful,” announces presenter Ian Kehoe, editor of the Sunday Business Post, “and under the radar they have bought Ireland.” Ehrlich might be regretting that phone line.

Kehoe barely needs to sensationalise this roving report – even its driest detail could cause a spike in the national blood pressure. But economic documentaries these days move with the tropes of thriller movies, and director Máire Kearney conspires with him to add some sheen to the crisis, writing startling facts and figures on a pane of glass, as they are now obliged to do in films about maths and paranoia.

Perhaps that’s an appropriate genre. Because when you learn the actual names of some of these the vulture funds, they hardly radiate approachability and understanding.

There is Lone Star, responsible for “widespread home evictions”, Cerberus, “named after the three-headed dog that guards the gates of hell”, Goldman Sachs “known as the vampire squid”, and Blackstone, which “says it likes to invest in countries with blood on the streets”. Markets are heartless, they say, but some profiteers come close to psychopathic.

Kehoe covers wide ground, both figuratively and geographically, from the context behind how a beleaguered, myopic government courted such private equity firms in a din of panic, to the galling lack of regulations that have made them such a blight in the United States and Europe.

It is always easier to humanise the term “distressed debt”, through interviews with various homeowners suddenly beholden to non-negotiable and impersonal entities, or business owners, small and large, challenging abrupt receivership or fighting an opportunistic takeover. But the vulture funds seem both inscrutable and unaccountable – a frequent (you suspect strategic) issue is the near impossibility of speaking to anyone within a bureaucratic maze of phone lines and form letters. Kehoe and Kerney must share that frustration. To be invisible is to be invincible.

Forms of resistance
That’s why documentaries such as these can be just as useful as they are outraging, shining a light into both the mechanisms of neoliberalism as well as forms of resistance. To this end, a visit to Barcelona, where the PAH activist group has resisted evictions and public protest has pressurised the government to take action, goes beyond a platitude to people power.

And in the unlikely event that citizens lack sufficient antagonisms, the documentary will gladly supply them: take the UCD School of Social Policy’s finding that 15 examined private equity firm subsidiaries, controlling €10.3bn in debt between them, pay just €250 a year to the State in taxes, or Finance minister Michael Noonan’s comment that the term “vulture funds” is a “compliment”, because vultures “carry out a very good service in the ecology”. (I would like to hear Noonan’s PR rebrand for the excellent guarding facility of three-headed dogs or the admirable depth-tolerance of vampire squids.)

“When you say the government could do nothing, that means the public did nothing,” says a stern Noam Chomsky. “The government are under the control of the public if they act.”

You may chafe at that, just as much as the IMF moralisers who insist that “everyone was complicit” in the pre-crash excesses of the nation or refer to the pain of austerity as “catharsis”. Still, there’s potential in activist organisation, and from Tyrrelstown to the Four Courts to Barcelona, the programme concentrates on the efficacy of public resistance. Even vultures can eventually be shooed away if you don’t take things lying down.