Radio: Blessed are the meek? Not when it comes to bossing the airwaves

Review: Anton Savage, on Today FM, and Rick O’Shea, on RTÉ 2FM, get off to slow, uncertain starts in their new slots 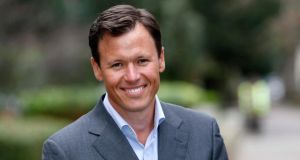 Faced with the daunting task of filling the crucial morning slot left by the departing Ray D’Arcy, Anton Savage must have anticipated some pressure. But with his tenure as host of The Anton Savage Show (Today FM, weekdays) a mere three days old it must be a shock to hear questions about his presence on air voiced on a colleague’s programme. Yet on Wednesday morning’s Ian Dempsey Breakfast Show (Today FM, weekdays) there it is, a hysterical voice pouring scorn on Savage’s efforts and incredulously asking why he still has the job.

Admittedly, the critic in question is Dustin the Turkey, but he’s just saying what a lot of people are thinking – including, quite possibly, Savage, who has taken to highlighting his increasing catalogue of errors. He makes mistakes adjudicating a quiz. He jokes about the name of the singer Johnny Logan’s son – Jack Logan sounds like a tough-guy hero, Savage quips – only to be informed that Logan is a stage name. “I got another thing wrong,” he sheepishly admits.

Such slips are hardly unexpected as the new show finds its feet, but they end up being Savage’s most charming characteristic. He is an accomplished broadcaster, as both stand-in presenter and host of his own Sunday panel show, but, for all his ease and experience, Savage has not created a distinctive voice.

As the week progresses Savage shows off his versatility. He thoughtfully talks to Evan Scully, a physiotherapist with severe cystic fibrosis; he chats breezily with Caroline Morahan about acting at the Abbey Theatre; unsurprisingly, he enthusiastically interviews the A-list star Kevin Spacey. Each encounter is well handled, but there is no sense of Savage dealing with guests on his terms.

When the actor Laurence Kinlan mentions his father’s premature and drug-related death, the host quickly moves on to less upsetting territory. This would be considerate in any other walk of life but is self-defeating behaviour for a daytime talk-radio host. One cannot imagine Savage’s predecessor letting such human- interest moments pass by that easily.

Moreover, as he navigates three hours of daily radio, Savage doesn’t display the kind of oversized populist persona that sustained D’Arcy and the late Gerry Ryan when their similarly lengthy shows hit lacunae.

Instead Savage sounds more comfortable discussing current-affairs issues, such as the Central Bank of Ireland’s new mortgage rules. That’s fine, but it pushes his programme towards the crowded territory occupied by his rivals Pat Kenny and Sean O’Rourke.

It’s too early to write off Savage as a blandly competent host, however. For one thing, he revels in his failings. And he has a nice line in wry humour and a geeky delight in obscure facts (a trait he shares, admittedly, with Ryan Tubridy). There’s no hiding his glee as he tells how the element polonium was so named by Marie Curie to draw attention to Polish nationalism. “That’s the kind of thing that’s going to make this show great,” he whoops.

He’s going to need an awful lot more of that kind of thing to make his mark, but it’s a start.

You can almost feel the nervous atmosphere as Rick O’Shea takes his first steps as the unlikely host of The Poetry Programme (RTÉ Radio 1, Saturday). It’s unusual for a presenter known as a casually confident daytime jock on 2FM to sound an uncertain note, but given the incongruity of his appointment, and his admission to this newspaper that he lacks an in-depth knowledge of poetry, it’s understandable.

So O’Shea makes the “confession” that his choice in poetry has previously run to the decidedly uncontemporary Shelley. By way of compensation he now looks forward to meeting living Irish poets.

This meek tone is unnecessary, at least in terms of his position: there was uproar when the smoothly populist Mike Murphy was named host of The Arts Show on Radio 1 two decades ago, but he proved supremely adept at balancing aesthetics with accessibility.

Still, a tentative air suffuses proceedings throughout. Whether it’s playing a musical version of WB Yeats’s The Lake Isle of Innisfree or hearing the spoken-word artist Paul Curran claim that a stigma is attached to the term “poet”, the programme seems almost apologetic in its approach.

Yes, poetry can seem arid and forbidding. (I can attest that even lifelong proximity to a poet guarantees no insight into its workings.) But it seems odd for a specialist arts show to constantly pitch its subject as easily-accessed entertainment, exemplified by its report on the Brownbread Mixtape evenings of verse, comedy and music in Dublin, where crowd-pleasing performance trumps highfalutin’ versifying.

It doesn’t have to be this way. The Book Show, presented on the same station by my colleague Sinéad Gleeson, presupposes some knowledge on the part of listeners yet makes for constantly stimulating radio. And in his interview with Liz Lochhead, which features superbly evocative readings of the Scottish poet’s dialect-heavy work, O’Shea allows a clear space for the unique pleasures of spoken verse.

The Poetry Programme doesn’t need to make excuses for its subject – it should let it speak for itself.

Moment of the Week: Marty’s coup de Grace
During its short stint, The Marty Morrissey Show (RTÉ Radio 1, weekdays) has been a curious mix of mesmerising banality and exaggerated quirkiness, with the host playing up his popular image as an unlikely ladies’ man. In particular, Morrissey’s interview with the comedian Brendan Grace is a model of softball celebrity chit-chat, with the guest even refusing to tell a joke. Until the end, anyway. “I’m delighted to be in here, talking to you, and looking at you,” says Grace. “It’s a bit frightening, I know,” says Morrissey, chuckling. “It’s terrifying,” comes the reply, “especially when you’re sitting there in a pair of bathing trunks.” Now there’s an image we could live without.