TV review: Natalie Dormer is a fantastic shape-shifting fiend in this prime-time pulp 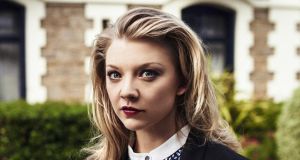 It’s hard not to feel nostalgic for the original Penny Dreadful. Showtime’s Victorian horror (2014 - 2016) was filmed around Dublin and did an impressive job reimagining the city as a phantasmagorical wonderland (even if it was inevitably standing in for 19th-century London).

Before Penny Dreadful, who knew Dublin had the makings of a Hammer Horror playground of the first rank? The Dead Zoo had its moment in the ghastly spotlight in season three while the King’s Inns doubled as the headquarters of the fictional Explorer’s Club. Mist and monsters were, we learned, the look for which the capital was crying out all along.

Sadly, the baroque window dressing was by far the most engaging thing about it and the viewing public never really took a shine to Penny Dreadful. This new spin-off (Sky Atlantic) is far better and not just because it features Natalie Dormer, one of our finest scenery chewers, giving her most memorable performance since Game of Thrones.

Dormer is fantastic as Magda, a shapeshifting fiend seeking to capitalise on the outbreak of fascism in late 1930s Los Angeles. But the real charm of the show is its febrile re-contextualising of Mexican spiritualism and folklore. That the supernatural is going to be front and centre is clear from the outset with a scene in which Magda faces off against Lorenza Izzo’s Santa Muerte, a “folk saint” associated with Mexican “folk Catholicism”.

You can see how wonderfully such a premise would translate to an Irish setting. Imagine, for instance, a series in which a latter-day incarnation of St Brigid goes up against headless Irish faerie-demon the Dullahan against the backdrop of… I don’t know, the Easter Rising, the Emergency, Italia 90. Wow – you’d watch it, wouldn’t you? Alas, there is little desire to make something like that in this country and so we must instead sit down to City of Angels and wonder at what might have been.

All of this is, at first pass, connected to its Dublin-shot predecessor by name only. The original Penny Dreadful was a sort of Avenger’s Assemble of Victorian horror, with Victor Frankenstein and Count Dracula among those crossing paths.

City of Angels, by contrast, explores the rise of fascism in the United States and the oppression of the Mexican-American community. It does so whilst having interesting thoughts to share about the lingering influence of folk spiritualism.

Santiago Vega (Daniel Zovatto) is the first Mexican-American appointed to the notoriously racist LAPD. He joins at a fraught time amid plans to level the neighbourhood where he grew up to make way for a new motorway.

Racial strife of a different stripe is bubbling up elsewhere in Los Angeles, where Peter Craft (Rory Kinnear, aka the Creature from the original Penny Dreadful) is a migrant from Essen and leader of the pro-Hitler German-American Bund. He comes to the attention of the ageless Magda, passing herself off as a vulnerable mother in order to win his confidence.

Nazis, deathless Mexican-American demons and police brutality is a fascinating mix, with contemporary resonances that require little elaboration. Apart from the demon bit obviously – though given how 2020 has gone so far, you can never be sure.

City of Angels does well blending it all into a savoury serving of prime-time pulp. For Irish viewers the California drama lacks the vicarious thrill of seeing familiar settings re-purposed as Gothic landmarks. But as a journey to the dark side of the Golden State it sparkles brightly and ominously.