Pat Kenny’s move to Newstalk is revealing about our culture

Hiring a star presenter is the quick fix in broadcasting, and we need a lot of quick fixes 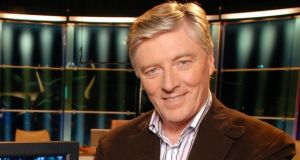 “Pat Kenny has made it clear that he has felt insulted, patronised and abandoned by RTÉ management. The only surprise is that he still has the energy to do something about it.” Photograph: RTÉ

This is another article about Ireland’s most senior broadcaster, Pat Kenny, moving from his media home of 41 years, RTÉ, to an upstart radio station, Newstalk. If you can’t take any more speculation, analysis or deep thoughts on this subject from someone who was once on television a very long time ago, then look away now. The rest of us think that this is important.

The truth is that most people working in broadcasting are not terribly fond of the big presenters; I am putting this as gently as I can. Presenters are viewed as self-dramatising prima donnas, chancers even, who are no better than they should be. Meanwhile, production staff are hard-working and unglamorous types who are never recognised in the supermarket and whose status has been badly undermined in recent years; however, they do have most of the fun in both television and in radio. And managers worry a lot because they are the only people who understand the business of broadcasting and what the public really wants – or rather, needs.

These are the stereotypes which are at work within the industry - not least in the publicly-funded RTÉ.

Creative cohesion
Furthermore, in a broadcasting organisation which is terminally short of ideas, formats and creative cohesion, presenters carry even more weight and, perversely, are even more thoroughly disliked. In television and radio the role of the producer has been radically eroded – and nowhere is this more evident than in the privately owned media.

When your broadcasting policy is no more elaborate than fecking a very good presenter in front of a microphone and getting them to whiz through the headlines in that day’s newspapers, with the odd interview on a dodgy mobile phone line thrown in – and this is most morning radio programming, on all national radio stations, as far as I can see – then that presenter takes on an importance that he or she would not otherwise have. In a concept-free radio and television schedule the competent presenter is king. And kings are often very much resented.

There is nothing broadcasting insiders like more than seeing highly paid presenters brought down a peg or two – even though they were the ones who had decided to elevate them. This is not to say that the most senior presenters are not touchy, paranoid, insecure egomaniacs with an unfortunate propensity for unwise financial investments – but then what else is new? Talent management has always been a tricky task, yet it is no less important than balancing the books or making sure you don’t libel people.

Here is Gay Byrne, the greatest presenter of them all, writing in yesterday’s Sunday Independent: “I have no axe to grind with RTÉ – I have no complaint of any kind to make about the manner of my treatment since I left the full-time coalface – but I do know the attitude to Pat and many of the others, including Gerry Ryan, Lord rest him, was offhand to say the least.” Last week RTÉ responded to the loss of Pat Kenny, probably its best presenter at the moment, by detailing how much money they were going to save now that they no longer have to pay his salary. Hardly the most devastating of ripostes. Or the most gracious either. And besides, presumably they were the ones who had agreed to pay Pat Kenny that type of salary in the first place.

Assumption
There is an interesting and perhaps understandable assumption in this country that if you pay someone a big salary then you can do what you like with them. In fact, you can break their hearts. You are paying them to forget that they have a heart. Pat Kenny has made it clear that he has felt insulted, patronised and abandoned by RTÉ management. The only surprise is that he still has the energy to do something about it. Unfortunately, in this country, that means running into the arms of a waiting millionaire; but so be it.

Rich in talent
Pat Kenny is no friend of mine; and Gay Byrne isn’t either. But this media move might contain some chilly pointers about our culture. Ireland is rich in talent – it produces a very high number of talented people for a country of its size. In a country whose systems are in chaos, and where creative planning is virtually non-existent, we rely a great deal on the talented individual to save not just our necks, but our institutions. In broadcasting, the big presenter is the quick fix – and we need quick fixes, a lot. Now Kenny has gone to Newstalk to be its quick fix. And so the cycle continues.

The private wing of broadcasting has proved disappointing in terms of both quality control and of new ideas. It wants what RTÉ wants; it wants what RTÉ has. It is a shame, but hardly surprising, that the private sector aims to do nothing more startling than poach unhappy celebrity presenters from the mother ship. Never mind. Pat Kenny’s move – it has been called a defection – has given us all a bit of diversion, which we were badly in need of. It is sad to say, but it is the most interesting thing to have happened on radio for ages.