Overeagerness aside, Cuddihy can make a success of his show, as can Andrea Gilligan 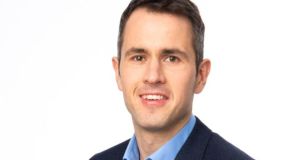 Kieran Cuddihy takes over from Ivan Yates as host of the Hard Shoulder (Newstalk, weekdays).

Ever since Pat Kenny succeeded Gay Byrne on the Late Late Show and transformed it from societally seismic broadcasting phenomenon into car crash television, one way to make your mark as a presenter has been to differentiate yourself from your predecessor as radically as possible. It’s an approach that Kieran Cuddihy appears to adopt as he takes over from Ivan Yates as host of the Hard Shoulder (Newstalk, weekdays).

On Monday, as he steps into the early evening slot previously occupied by the perennially disgruntled Yates (and before that by the perma-dyspeptic George Hook), Cuddihy stakes his own claim, by refusing to vent. Surveying the social media reaction to scenes of partying in Killarney, he decries the “faux outrage” of “people competing to be the best pearl clutcher in the class”. “I’m not going to join the band of the outraged,” Cuddihy proclaims, suggesting he hasn’t read the job description for his new gig.

Regular listeners need not fret, however. While Cuddihy resists the temptation to fume about the low-hanging fruit of youthful misbehaviour, he retains the peeved tone native to inhabitants of Newstalk’s drivetime shows. The twist is that he’s annoyed at people getting annoyed. “I’m not defending their behaviour,” the host says of the Killarney revellers, “but you’re not going to change it by waving the finger.”

That said, there’s a distinct wagging of digits on Tuesday, when Cuddihy voices alarm at Government proposals to fine those refusing to wear face masks. “I don’t want to live in a society where the local guard is going to fine me because my left nostril is poking out from my mask,” he says. He wants people to wear masks “because it’s the right thing to do, not because they’re afraid of the Stasi”. It’s perhaps a tad alarmist, though at least he doesn’t compare the Garda to the Gestapo. Moreover, the heightened language overshadows his more serious point; that the proposed fines mark a draconian move away from the “social solidarity” approach hitherto adopted towards the coronavirus pandemic: “Forget all that carrot nonsense, here’s a stick.”

Cuddihy’s approach to the programme’s traditional “my two cents” segment encapsulates his first week. He’s insightful, with a scything sense of humour, but he tries a bit too hard. Something similar occurs when he interviews Colin Parry, whose 12-year-old son Tim was killed by an IRA bomb in Warrington in 1993. When Colin recalls that his son was an Everton fan, like himself, Cuddihy interjects, “I won’t hold that against you”. It’s meant as a joke, of course, but indulging in football banter with a man remembering his murdered child is tone deaf, to put it mildly.

Overeagerness aside, Cuddihy can make a success of his show. The former Newstalk Breakfast co-anchor has an irreverent persona, talking about his young children having “snot on tap”, yet sounds comfortable whether chatting to singer Brian Kennedy about Van Morrison or discussing pandemic policy with Minister for Justice Helen McEntee. (Though he doesn’t overly press the Minister on mooted mask regulations, his earlier rant notwithstanding.)

And for all his lively presence, he doesn’t seem set on causing controversy for its own sake. Notably, on Wednesday he returns to the theme of faux outrage, when he asks Aidan Regan of University College Dublin if people are too quick to judge others. There’s certainly hope for a favourable verdict on Cuddihy’s programme.

Overall, it’s a big week at Newstalk, with Yates’s retirement prompting a broader reshuffle. One more female voice has joined the station’s male-dominated weekday line-up. Cuddihy’s old berth on Newstalk Breakfast is filled by Ciara Kelly, who in turn hands over her seat on Lunchtime Live to stalwart stand-in Andrea Gilligan. Kelly slips in to her new role comfortably, apart from the odd continuity slip-up. In the longer term, much will depend on how happy she is with the punchier news format of the breakfast show, and indeed how her dynamic with co-host with Shane Coleman gels.

Gilligan, meanwhile, inherits Kelly’s show, with its caller-driven format of human-interest topics and lifestyle items. It’s a tricky template which can easily end up as soft mush, but Gilligan begins confidently. She strikes up a casual rapport with ubiquitous medical pundit Sam McConkey when discussing the best material for face masks, to the point that her guest admits to being, ahem, a cotton underwear guy. Too much information, McConkey himself concedes. The host also has a nice way of gently shunting windy callers towards the exit, as when one woman starts quoting Oprah Winfrey for no apparent reason.

But Gilligan puts her stamp on the show in a more personal way. On Monday, she kicks off a discussion on assisted dying by outlining her own shifting views on the issue. Once opposed to it, her attitude changed when her father was terminally ill. She recalls talking with her father as his condition worsened: a vet, he remarked that animals are better treated in Ireland, as they’re allowed to be put down to prevent further suffering.

It’s a difficult subject, as Gilligan admits, but with People Before Profit TD Gino Kenny seeking to introduce a right-to-die Bill in the Dáil, she explores it thoughtfully. She discusses both the ethics and the realities with activist Tom Curran, whose late partner Marie Fleming took a case to end her own life, prompting callers to share stories of loved ones deteriorating in helplessness. Gilligan has an even starker conversation on Tuesday, when Cervical Check campaigner Vicky Phelan talks frankly about her own situation. “The thought of my children having to watch me in agony really keeps me awake at night,” Phelan says of her cancer diagnosis.

It’s a tough yet memorable start to the show, resonant and heartfelt. Gilligan has set a high standard for herself, but has already made Lunchtime Live her own.