Netflix, All4, Vimeo, YouTube... The best TV shows to binge-watch on the web

Summer is gone and the evenings are drawing in – fear not, there's a lot of great TV out there to get you through the coming months 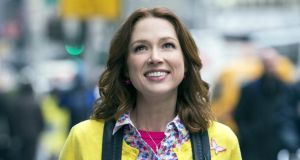 In the old days we circled our favourite shows in newspaper television listings (ask your grandparents about these) and made ourselves available by appointment with John Logie Baird’s “televisor” or a Pathé newsreel.

Now we lock ourselves into our bedrooms for days on end with survivalist levels of confectionery, gorging on whole serials in one go. Okay, maybe I’m speaking for myself here.

If not, here are some of the best comedy and drama series on the internet for your binge-viewing pleasure. And we’ll see you in a few weeks.

On the Channel 4 player All4 channel4.com/programmes/boxsets (free, but there are ads):

The Adam and Joe Show

In the 1990s, before the internet gathered us all together, pop-cultural ephemera and snark was amassed by lone obsessives in bedsits. Adam Buxton and Joe Cornish (co-writer of Ant-Man) recreated such a bedsit for us in The Adam and Joe Show, where mass culture was lampooned and blockbuster films were re-enacted with toys.

Peep Show writers Jesse Armstrong and Sam Bain mine their own college experiences for a surprisingly sweet comedy drama about a motley crew of flat-sharing college students. Despite all the laptops and smartphones it feels very like 1995 to me.

Don’t watch the news! Watch the hysterical, graphically-enhanced, turbo news that Chris Morris created in the 1990s as a satire, and which the real news has seemingly taken as a template ever since.

Five delinquents are hit by magic lightning, gaining superpowers (time-travel, invisibility, telepathy) much like what happens in real life. Unlike their Marvel Universe counterparts, their newfound power is not accompanied by a sense of responsibility, and over five series we see the very funny, sometimes disturbing and often sad consequences.

The often-maligned teen drama makes a strangely ethereal, adult-less fantasy world out of teenage existence. It’s more Peter Pan with drugs in it than the gritty, realist drama some critics mistook it for.

Before he relaunched Doctor Who, Russell T Davies wrote about hapless Doctor Who fan Vince (Craig Kelly) and his sexually confident friend and crush Stuart (Aidan Gillen) in this groundbreaking drama about gay men in 1990s Manchester (this was remade with terrible results in America).

Televised follow-ups to Shane Meadows’s bittersweet indie film about young skinheads, this semi-improvised series (that is Meadows’s way) follow the same characters through a series of youth movements, coming-of-age experiences and tragedies. Another instalment has recently finished shooting, so catch up now.

Dan Harmon’s sitcom about misfit community college students manages to engage in absurdist postmodern riffs on TV tropes and internet fan culture without losing any sitcom warmth. Skip the fourth season (“the gas-leak year” as it’s referred to within the show), when the show’s troubled creator was put on an enforced sabbatical (he returned for season five) and instead watch Harmontown, a documentary that follows him on a tour of the country. Series six, frustratingly, is only on Yahoo! Screen, which, like Amazon Prime, isn’t available in Ireland.

A self-hating cartoon horse (Will Arnett) in a world of anthropomorphic animals and humans who was formerly the star of a sitcom called Horsin’ Around now struggles to find meaning and purpose in his dissolute life. Just roll with it. It’s very funny and unexpectedly moving and there are now two whole series to watch.

A cartoon about a superpowered dog called Jake and a human called Finn who rush around the excitingly strange Studio Ghibli/ Ren and Stimpy-influenced Land of Ooo. Okay, this is technically for children, but a melancholy, post-apocalyptic backstory regularly intrudes on Jake and Finn’s grotesquely odd, relentlessly upbeat adventures. Adventure Time is very funny and there’s a batch of episodes on Netflix.

A BBC America drama about a punky huckster who observes the suicide of her exact double, adopts her identity and discovers a world of conspiracy and clones. The amazing Canadian actress Tatiana Maslany plays many, many recurring roles. The great Irish actress Maria Doyle Kennedy plays just one role, but does so very well.

Vince Gilligan and Peter Gould explore the backstory of Breaking Bad’s Saul Goodman (Bob Odenkirk). Breaking Bad was the story of a respectable chemistry teacher becoming an evil druglord. Better Call Saul tells a seemingly less dramatic tale of how a conscience-stricken crook, Jimmy McGill, becomes a conscience-free lawyer, Saul Goodman. With a heartbreakingly sweet performance from Bob Odenkirk, it’s more impressionistically plotted and less predictable than Breaking Bad. This might be heresy, but I think I prefer it.

Also watch the aforedescribed Breaking Bad. You’re the only person who hasn’t seen it.

Orange is the New Black

Piper Kerman’s memoir about a middle-class white girl going to jail frames a deceptively diverse set of stories about race, class, gender and the industrial prison complex. Or, if that sounds boring, this is a funny, moving boarding-school story set in a prison.

Other corners of the internet:

Vimeo’s first original series tells comic, tragi-comic and sweet short stories about a diverse array of New York citizens connected only by a recurring marijuana-dealing bit-player called “the guy” (co-writer Ben Sinclair). It’s not quite like anything else on television or the internet. Much like the drug-dealers of myth, Vimeo offers the first batch of episodes for free, but then you have to pay.

Abbi Jackson and Ilana Glazer’s very funny, charmingly depraved sitcom about clueless youngsters in a heightened, slightly absurd New York started as an internet phenomenon, and all those early “webisodes” are still available to watch on YouTube

John Oliver’s US-focused comedy news show is uploaded every Monday to YouTube so you can bingewatch the collected work and be ridiculously, entertainingly well-informed about US politics, while being slightly more clueless about what’s going on closer to home.

It’s not quite like bingeing on a whole series, but Casper Kelly’s one-off Adult Swim video Too Many Cooks, an 11-minute descent into credit-sequence-themed madness, will make you feel like you’ve binged on something, possibly paint thinner or mescaline. I still can’t tell if it’s good or not. Nonetheless, I watch it once a day. youtube.com/watch?v=QrGrOK8oZG8