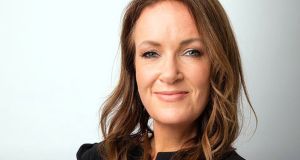 If the slang is anything to go by, radio is a lethal business. Dead air, killer show, dying on air: the terminology used by professionals can suggest that broadcasting is a matter of life and death. In which case, Ciara Kelly must feel right at home behind the microphone. Prior to becoming presenter of Lunchtime Live (Newstalk, weekdays), Kelly was a general practitioner, a fact brought up on a near-daily basis. On Wednesday, however, Kelly ups the stakes. “I’ve written death certificates many times,” she intones ominously. It’s a catchphrase few other broadcasters can aspire to, nor, one trusts, would they want to.

Kelly is not indulging in morbid boastfulness. Would that she were. Rather, her remark comes in the context of Minister for Children Katherine Zappone’s decision to excavate the site of the Bon Secours mother and baby home in Tuam, in an attempt to locate the remains of 796 infants who died there. Kelly talks with solicitor Kevin Higgins, who describes the Government as “selling a pup”, owing to irregularities in the home’s death certificates. After informing listeners that 79 per cent of children born in Bon Secours didn’t survive to 12 months, Higgins states that not only were death certificates often signed in batches, but that it’s impossible to trace medical certs supposed to accompany them. Hence Kelly’s remark about her own pedigree in this field.

Higgins lays out these crucial details in arid manner, but Kelly is alive to the danger of losing the listener. “Just to move it along slightly,” she nudges gently, “what would the families like to see?” Higgins says he wants “validation, vindication and justice” for the children, adding that only a small number were buried in two small graveyards. “The rest of them line those pits or were trafficked to America or elsewhere,” he says starkly. Higgins also adopts some distinctly non-legal language when he describes the limited option of a commission of investigation into the Tuam home as “a crock of shit”.

Of course, such mild profanity pales into insignificance beside the main facts of the case, as Kelly reminds her audience. “That’s a dreadful thing to be saying aloud, ‘human remains in the sewage system’, it’s so dehumanising.” By way of redress, she hears the human stories behind the statistics.

Lunchtime Live can be a compelling programme, but not one that soothes the soul

Anna Corrigan of the Tuam Babies Family Group talks about her half-brother John, who was listed as “healthy” when born in the home in 1940, only to be categorised as a “congenital idiot” when he died 16 months later. Another half-brother, William, was listed as dying at seven months after being born there six years later, though Anna believes he was trafficked to America. Her characterisation of the institution as being reminiscent of Ceausescu’s Romania is spot on. It’s a devastating piece of radio, matching meticulous detail and shocking revelations with painful personal experiences. Kelly, for her part, shows a good bedside manner but keeps a firm hand on proceedings, for instance asking Corrigan about the evidence for trafficking allegations.

Such moments ensure Lunchtime Live can be a compelling programme, but not one that soothes the soul. Kelly sounds her anger at the suspended sentence given to an 86-year-old Cavan man for child rape in the 1960s, before talking to Grainne, another sexual abuse survivor, about her ordeal and its long aftermath. Despite being reported to the Garda, her abuser got away scot-free. “Now he’s dead,” Grainne adds. “Good,” Kelly replies curtly. The presenter explains she’s glad because her guest won’t see her abuser again, but it’s clearly one death certificate Kelly wouldn’t have been too sad to sign.

The Tuam scandal also receives coverage on Today with Sean O’Rourke (RTÉ Radio 1, weekdays), with the host talking both to Corrigan and to former Tuam resident PJ Haverty. Both recount their personal connections to the home in unsparing detail, but Corrigan in particular doesn’t make quite the same impact as she does on Kelly’s show. It’s not just that O’Rourke isn’t naturally at home drawing out painful personal stories, it’s also that his admirable devotion to the facts precludes the airing of (as yet) unproven extrapolations on the fate of the Tuam babies.

It’s still dreadful enough. Forensic archeologist Niamh McCullagh talks about the “complexities” in identification during any excavation: “These remains are commingled,” she says. It’s a chilling phrase, one that O’Rourke repeats as if to get it out of his system. The horror is compounded by McCullagh’s confidence that it will be possible to determine the age of death with an accuracy of three to six months. Such moments ensure the listener is jolted out of any creeping numbness about what befell those in the church’s “care”.

Not that such pain is confined to the past. O’Rourke talks to reporter Evelyn O’Rourke about the Belvedere Youth Club in Dublin’s north inner city, long a refuge from endemic poverty and, latterly, drugs in the area. She hears from 10-year-old Jamie, who thinks the club is a safe place away from the “fights and shooting”. It’s a quietly heartbreaking conversation.

The reporter also talks to actor Laurence Kinlan about the time he spent in the club as a local kid during the 1990s. Kinlan is self-deprecating – “I was a messer, I was barred on many occasions” – while mixing nostalgia with brutal honesty about growing up in the area. “It was amazing for us, because we didn’t know any different,” he says, adding that one’s eventual fate was a “flick of a coin”.

“I look back at the seven kids I grew up with, maybe two or three are dead,” he says. This matter-of-fact statement prompts gasps from his interviewer. Life in Ireland really can be a lethal business.

Radio Moment of the Week: Slip-up that summed it all up

On Wednesday, Clodagh Walsh makes a telling slip-up when presenting the “It Says in the Papers” slot on Morning Ireland (RTÉ Radio 1, weekdays). Surveying newspaper coverage of Tuesday’s presidential election debate, Walsh picks out Kathy Sheridan’s article in The Irish Times on the subject, only for a verbal mishap to befall her. She reports Sheridan’s opinion that people might ask why the contest produced such an odd line-up of candidates, once the election is done. Or, as Walsh puts it, “when all the shiteing, I beg your pardon, all the shouting dies down.” She gamely finishes her slot, before ruefully remarking, “I should really start that again, shouldn’t I?” Not at all. However inadvertently, Walsh only says what a lot of people were thinking about the campaign.

Dancing with the Stars: Sinead O’Carroll gives a b*witching performance
6

Isabel Allende: ‘Where are my roots? They are in my books’
7