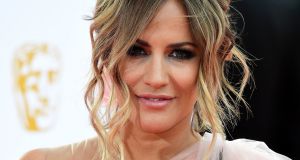 The Love Island host (40) was charged on Friday with assault, the Metropolitan Police said.

She was arrested in Islington, north London, after an incident at about 5.25am on Thursday after reports of a man being assaulted.

Police did not name the man but they said he was not seriously injured.

“She is co-operating with the appropriate people to resolve matters. We will not be making any further comment for legal reasons.”

A London Ambulance Service spokeswoman said: “We were called yesterday at 5.28am to a residential address in Islington.

“We treated two people at the scene and took one person to hospital.”

Ms Flack is known for hosting TV programmes including The X Factor, The Xtra Factor and I’m A Celebrity ... Get Me Out Of Here! spin-off show Extra Camp.

In 2014, she won Strictly Come Dancing and since 2015 has hosted ITV2 reality show Love Island and its accompanying programme, Aftersun.

‘We are the weirdoes, mister’: Why women love witches
9