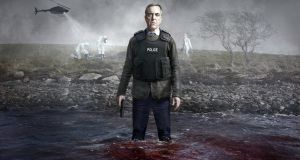 The filming location of a new BBC drama starring James Nesbitt will not be disclosed to fans, amid concerns that the small island will be overwhelmed by tourists.

The police thriller Bloodlands, which began on Sunday, is set on Strangford Lough, which is home to at least 100 islands.

According to its director, Pete Travis, the series decided not to name the island it was filmed on to avoid an influx of tourists. The show was originally meant to be set in another location but was changed at the last moment after the location’s owners pulled out over concerns about a surge in visits.

Travis acknowledged that “for the people who own the location it can become a bit of a nightmare”.

Northern Ireland has become a particular hotspot for crime dramas, with dramatic landscapes providing the backdrop to shows including Game of Thrones, The Fall and Line of Duty.

“People turn up from all over the world to find out about former shows that have been shot there,” Travis told the Telegraph. “We never actually named the island, so no one will know that we filmed on it for people that live nearby.

“I remember there was one island where the people that owned it, having said to us we could do it, decided at the last minute that they didn’t want us to because they didn’t want tourists trying to find out where Bloodlands was shot,” he said.

Bloodlands follows the detective Tom Brannick, played by Nesbitt, as he investigates a serial killer who seems to reappear after 20 years, in a case which has “enormous personal significance”, according to the BBC. It is executive produced by Jed Mercurio, who is behind hit thrillers including Line of Duty and Bodyguard.

A number of locations for hit TV shows and films have become tourist hotspots, such as Downton Abbey’s Highclere Castle.

In December 2019 the local council was forced to ask fans to stay away from the pink Notting Hill house featured in Love Actually, after the owner complained about an influx of fans. She said she “had no idea this house was in the film when I bought it” and was “now living under a blanket of selfies, tour guides and a queue of tourists lining up to take photos on weekends. They even walk into my house if the door is open, thinking it’s some sort of theme park.” – Guardian