‘I was safe in the library. I was protected by books’ 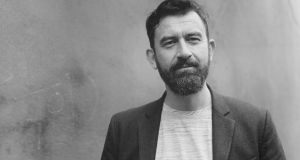 Paul McVeigh: “Let’s fill those bookshelves in homes, libraries, and shops with more and more stories of us.”

When I was a young boy I hid in the library. I was hiding from a troubled home, from the troubled streets of Belfast, but mostly from the kind of trouble being an effeminate boy got you. I was more frightened of that constant abuse and hatred than I was of bombs and bullets.

I was safe in the library. I was protected by books. I don’t think this is an uncommon scenario for us outsiders in our youth, especially those of my generation. Perhaps the library was the original “safe space”. Without having been forced there would I have developed my love of books? I think so. Reading was a much-needed escape, but books also brought knowledge, and crucially, became the shields and weapons I needed to survive the world outside.

I read to find out about other people and other worlds, real and imagined, sure, but I also read for the increasingly desperate need to discover I was not alone. I dreamed of my own escape, to find my tribe. These were pre-internet days, back when LGBTQI+ representation on TV and in film was rare. Stories about people like me weren’t always easy to find. Irish ones even harder.

As I got older, and my world broadened, one book led to another, bigger libraries in town would help with the label on the shelf announcing “of interest” to me. I couldn’t bring these books home, but I spent hours from school’s end to closing time in the stories of those who lived my life before me.

Patrick Cotter of Southword Editions got in touch with me a few months ago as he had been reflecting on the 1996 Gill & MacMillan anthology The Irish Eros edited by David Marcus which featured just two pieces acknowledging the existence of Irish gay life and one of those was a poem by a straight man. Cotter wanted to produce an anthology that would seek to go some way to redress the lack of acknowledgement of the LGBTQI+ community in Irish literary anthologies in general. Queer Love is it.

Shannon Yee believes anthologies like ours “also allow readers who don’t identify as LGBTQ+ to access these important, but often invisible (through being silenced or ignored), stories and connect with emotional journeys of people they may not meet otherwise. By publishing our stories, the Queer Love anthology contributes to an important global movement of building connection and understanding which is particularly urgent in 2020 where societies are increasingly divided.”

As Neil Hegarty puts it, “Publishers increasingly understand the importance of a true plurality of voices: as Hopkins has it, of ‘all things counter, original, spare, strange’. We read to see the world in all its pied beauty: to encounter new lives and new language; and also for the comfort and reassurance of recognising aspects of our own lives and our own experience reflected on the page.”

We have a mixture of established writers of international standing, writers who have been making a splash in recent years, emerging writers and even writers new to publication. The anthology also has a mixture of previously published stories, newly commissioned work and those entered through our call out.

Editors of anthologies often say how, without design, connections between stories become apparent and Queer Love has its own. John Boyne’s story is his “gay” take on Joyce’s Araby and Neil Hegarty describes Braided River as “having a note of homage” to The Dead. Perhaps, the anthology reader will make their own connections.

Lines will stay with you; for me, one from Emma Donoghue’s story Speaking in Tongues (yes, it’s a great title), “What would Lee Maloney, seventeen last May, want with a scribbled jotter like me?” Mary Dorcey’s Diary of a Schoolgirl has two friends, young girls who begin to show interest in boys and an older man but also each other as their bodies change suddenly in the night: “she just woke up one morning and they were there. ‘Aren’t they terrific?’ She grinned with pride.”

James Hudson’s You Roll and Emer Lyon’s Daytime Dogger might be called flash fiction, shorter than your average short, the former about compromise, community, and what would happen if you could go back and do things differently. The latter tells of a lesbian couple who steal an intimate moment in a public park but are pestered by a flasher.

You can read Jamie O’Connell’s debut novel Diving for Pearls in May, but while you’re waiting you can read his story That Place By the River about the loneliness, desperation and self-loathing often experienced by closeted young men in rural Ireland. In Declan Toohey’s Visual Snow, a student recalls an affair he had with a tutor, and considers the extent to which his depersonalisation disorder has prevented him from ever experiencing love.

Colm Tóibín’s Sleep, first published in the New Yorker, gets its debut outing in book form. A May-December couple-dynamic (echoing Donoghue’s story), brings together themes of analysis, grief, love and nationality that has haunted me since I first read it. In Shannon Yee’s Thumbnails, an immigrant woman reflects on her and her partner’s journey from their 20s and the evolution of their queer, interracial family in Northern Ireland.

Is it a sign of the times that people seem focused on what something isn’t as opposed to what it is? I’ve had people ask me why the book isn’t an encyclopaedic collection of Irish LGBTQI+ writers throughout history, why “old” writers are included at all when it could showcase new writers? I’ve been told it shouldn’t even exist unless it can fulfil every quota and cover all concerns. Queer Love’s shoulders can only carry so much ambition.

A great piece of writing advice I’ve read, I’ll paraphrase: “If you don’t see the book you want to read then write it yourself”. I’d posit this to those who want this anthology to be different, fulfilling all of the above ideas and ideas yet unspoken. Provide more shields and weapons, maybe some comfort and loving arms too, a trail of breadcrumbs that lead to our tribes. Let’s fill those bookshelves in homes, libraries, and shops with more and more stories of us.