Losing my creativity in lockdown and how I got it back

Patricia Gibney: ‘I came to realise that human interaction had inspired my creativity’ 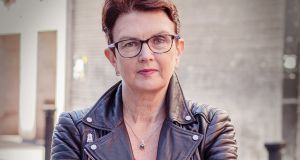 Patricia Gibney: “I learned to live differently and in accepting that, I learned to reignite my writing gene.” Photograph: Ger Holland

It’s March 2020 and I’ve been sick for a week. Probably Covid, but it’s early stages in the reporting and knowledge of the disease and my doctor refers me for a test. I’m terrified. I’ve seen the images from Italy. I fear I could die – that’s how sick I feel in the first few days. I self-isolate. The system is not as speedy as it is now and then the test criteria changed. Within another week I’m actually a whole lot better. My test is cancelled as I no longer tick all three symptom boxes.

For the next month as I gradually regain my energy, I can’t do a thing. I can’t read or go out. Lockdown syndrome sets in. I’m not sure if it’s the after-effects of the virus or pure anxiety, but I find myself in a nervous state of limbo.

I lie on my bed and stare out at the bare branches of the tree at the end of the garden. I see the buds sprout and leaves begin to appear. There is new life. Birds fly around in the stillness and silence. The two wood pigeons who arrive annually have now returned but no cars hum on the bypass. Everyone is confined to their homes. The 2km radius of movement for exercise is enforced and complied with.

I understand the need for all this. I have parents in their 80s who are cocooning. I have grandchildren whom I can’t hug. Friends I can’t visit. I see my own children fleetingly through the window as they drive by to wave. I can’t even walk to the graveyard to sit on the kerb of my late husband’s grave. It’s outside the 2km limit.

So, back in March and April, I felt suspended in this enforced state of unreality. As a writer, I’d always perceived that I worked in isolation. But with enforced confinement I couldn’t write at all. When everyone was learning how to bake banana bread and crochet fingerless gloves, you’d think I’d have churned out at least two books and be on my third. Wrong. Being creative before Covid bore no resemblance to being in lockdown world.

And I came to realise something that hadn’t struck me before, because I was always so busy, on the go, no time to stop. Now I had nowhere to go and I was no longer busy. I realised that I had never written in isolation. I’d garnered inspiration from my freedom. From being able to go where I wanted, when I wanted. To travel. To being surrounded by people. Talking. Laughing. Normal human interactions. This all stopped and I had relatively little human contact. The few faces I saw were always the same. I heard no different voices. And I came to realise that human interaction had inspired my creativity. Now, lack of freedom and human interaction severely impinged on my creativity.

I forgot how to write dialogue because I had no different voices to listen to. I was seeing the same landscape daily through my window. I could no longer wander the lake shore for my inspiration, my usual go-to. Being confined to home, while knowing and accepting it was totally necessary, was hard to live with. Without human contact I felt adrift in a sea of the unknown. All the things that helped form me as a person and fuelled my imagination was suddenly no longer available to me.

But I had to do something. I resorted to writing my morning pages (see the Artist’s Way book) which had helped me through grief after Aidan died. First thing in the morning, I poured out thoughts and feelings. At least I was writing but this was not writing my next book. However, I still couldn’t find the will to write creatively.

I began painting again. Filling blank canvases with splashes of colour. It wasn’t banana bread or crocheted gloves but I found it rewarding and gradually I felt I had to do something to force myself back into a writing state of mind.

My deadline wasn’t until October, and that seemed too far out to spur me on, so I emailed my editor and we agreed to bring my deadline forward to the end of August. Now I had to do it!

The days were getting sunnier, the tree outside my window was full of green leaves, and as the sun grew warmer life seemed a little brighter and less bleak. I felt a little brighter. Once I got the laptop charged I began the first words of book 9 in the Lottie Parker series. I had no concept of how much I could write in isolation or what the quality of it would be with little to stoke my imagination and inspire me, but for the first time in months I had regained a sense of purpose in my life.

My sister booked a cottage for mid-August which gave us something to look forward to and we willed the days to pass quickly for the lockdown to be lifted. This sense of having something to look forward to spurred me on. I was able to forget about the things that I once thought I needed to write. I realised I could actually write in this new environment which was becoming less alien with each passing day.

The lockdown didn’t last forever. My parents succeeded in keeping themselves well and I got to hug my grandchildren. The drought of words that had filled me with anxiety were now flowing and I finished the first draft before the end of August.

On reflection, I think the fear of the unknown was the one thing that stymied my creativity but I learned to appreciate what I actually did have. I missed having a cup of tea with my friends but I could still chat on the phone. I could Facetime with my children and grandchildren. I could walk a 2km circle, twice on a good day if I wanted to. I could go once a week for my groceries instead of popping in every day and the pharmacy was open. I learned to live differently and in accepting that, I learned to reignite my writing gene.

This current lockdown is as severe as the first but I know we will come out of it. It won’t last forever and I’m now writing book 10. Stay safe and stay home to stay healthy is now my new motto in life.

Broken Souls by Patricia Gibney is published by Sphere at £13.99