Scottish journalist remembered as ‘one of the most unconventional, most fearless people’ 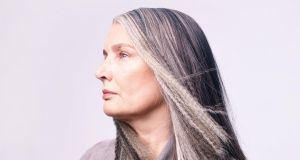 Deborah Orr, the award-winning journalist and author prized by friends and colleagues for her fierce honesty, inspiring work and barefoot dancing, has died of cancer at the age of 57. Her death was confirmed by her family, who asked for privacy.

Orr, who is survived by her sons, Ivan and Luther, and her stepchildren Lex and Maddie, was born in Motherwell, in Scotland, in 1962. She joined the Guardian newspaper in 1990, becoming the first woman editor of its Weekend magazine before she was 30. She wrote for the London Independent from 1999 until 2009 before returning to the Guardian as a columnist for almost a decade, then joining the i newspaper in 2018. In the same year she sold a memoir, which is due to be published early in 2020.

Her friend Catherine Bennett, the Observer columnist, said that she was “one of the cleverest, most unconventional, most fearless people on the planet.”

Orr, who was separated from the novelist Will Self, had first been diagnosed with breast cancer in 2010. She learned of its return in August – an experience she relayed to friends with defiant detail and pitch-black humour.

During her time as editor of Weekend she became known for her unflinching approach. She published a regular column by Oscar Moore about living with Aids at a time when misinformation and fear were the more commonplace media responses to HIV. She later defended her publication of extracts of Gordon Burn’s investigation of the domestic lives of Fred and Rosemary West, Happy Like Murderers, emphasising the importance of writing that explored the bleakest corners of experience.

Orr’s commitment to her profession was especially evidenced in the play Enquirer, an exploration of the newspaper industry through the real-life testimony of 43 journalists, which she cocreated for the National Theatre of Scotland in 2012. Friends say that she considered it a vindication of the industry she cared so passionately about.

The play was memorably spiked with an anecdote that Orr contributed herself, about an anxiety dream she had while editing Weekend magazine, involving the botching of an exclusive cover interview with Bryan Ferry, and ending with her killing the singer.

The novelist Andrew O’Hagan, who became friends with Orr after writing for her at Weekend, said: “She was completely inspiring and never knowingly not difficult, but beyond the ferocity she had a huge heart.”

Although Orr’s refusal to suffer fools at all was renowned, O’Hagan added: “She said what she thought, and it could be quite bracing, but it was always something she actually did think. She was outspoken, but the things she was speaking about were very original.”

Penny Martin, editor of the Gentlewoman magazine, which Orr contributed to later in her career, likewise recalled Orr’s formidable reputation. “I’d heard about Deborah long before I met her – there are some wild stories about her fierce invective and withering put-downs. But she was enormously encouraging to this younger, less experienced Scottish editor. She’s surely one of the funniest, clever journalists I’ve met; a total force and a great dancer, as I remember.”

Orr’s first book, the memoir Motherwell, which is due to be published by Weidenfeld & Nicolson next spring, is a tribute to her hometown and exploration of her tangled relationship with her mother, who railed against her daughter leaving behind the family’s domestic orbit to move to university and then London. A recent Bookseller review, published the week before her death, was laden with superlatives, described it as utterly riveting, blackly comic and astonishingly honest. Although she was gravely ill, Orr had been delighted to see the piece.

The review also notes: “Her scalpel is at its sharpest when she turns it on herself; on her foibles, and on her poor choices. For example, though still proudly working-class, she is also quick to slice through her own inverted snobbery. ‘The more humble my beginnings, the more I appeared to have achieved. I emphasised my lowly parents to feel prouder of myself,’ she writes.”

But Bennett said that Orr was “exceptional and generous, incapable of being boring or predictable” – as well as being a gifted interior designer and gardener. She added: “Her combination of perceptiveness and rationality was an ornament to public life, something we couldn’t afford to lose, and yet she’s gone. At least there is her book.” – Guardian