Tori Amos: ‘I wasn’t prepared for it. I was staring 50 straight in the eye’

Amos returns to her alt-pop piano roots on new album Unrepentant Geraldines, ‘a sonic selfie that I didn’t send to anybody’. She tells how her family snapped her out of the shock of reaching a half-century 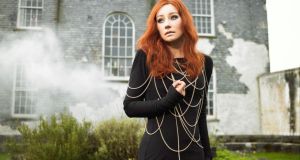 Tori Amos: ‘I can’t snap my fingers and say: I’m going to write something great today. It doesn’t work that way – for me, anyway’ 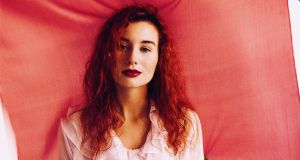 Say what you like about Tori Amos, but you can’t accuse her of coasting through life. She established herself as both a successful and diverse alternative songwriter in the 1990s, with albums such as Boys for Pele and dance remixes including Professional Widow. The warm, slightly eccentric musician’s most recent projects have, comparatively speaking, flown under the mainstream radar.

They include a Christmas-themed album (2009’s Midwinter Graces); a classical album released via Deutsche Grammophon (2011’s Night of Hunters); and The Light Princess, a musical stage adaptation of a 19th-century fairy tale for London’s National Theatre last year.

Now, after her various incursions into different genres and musical mediums, she has returned to her alt-pop piano roots for her 14th studio album, Unrepentant Geraldines, an album she describes as “like a sonic selfie that I didn’t send to anybody”. Her time spent working with “musicians, actors, puppeteers” on music that wasn’t pop-based proved enormously re-energising.

“I guess there was a freedom there,” she says, greeting me like an old friend. “Being part of such a big team at such a time in my life was truly exhilarating. It was demanding, too, because it wasn’t commercial theatre; we were never told to dumb it down. It is a feminist fairy tale, the way we chose to tell it, and I guess working with all of those people – including my co-writer, [Australian playwright] Sam Adamson – affected my storytelling. So over the years, these songs, which have become Unrepentant Geraldines, were developing.”

The album was recorded piecemeal at her husband Mark Hawley’s studio in Cornwall “whenever he could grab me away from The Light Princess”, she says. It was a stripped-back affair: she and Hawley played “pretty much everything” on the album. Their 13-year-old daughter, Tash, duets beautifully with her mother on Promises, while mixer Marcel van Limbeek helps structure the recordings.

Influenced by Cezanne
That streamlined approach also helped Amos’s lyric writing. For the first time, she found herself influenced by visual art, most notably Cezanne, who inspired 16 Shades of Blue after she had seen his painting The Black Clock.

“Rhythms and music started happening in my head,” she nods. “Then I began reading that Rilke would say that he [Cezanne] would paint in at least 16 shades of blue at times. All of sudden, it just came together: a story about age, and what it means to turn different ages at different times. I was hearing from women about their different struggles with age, and quite frankly I wasn’t prepared for it. So as I was staring 50 straight in the eye, that then became the song.”

That birthday came and went last September. Amos says the age was “more of a milestone than it is made out to be. This time last year, if you and I had spoken, I don’t know how positive I would be. I needed to turn 50. I began to see myself as a creative force, instead of all the projections that you can fall prey to – especially as a woman turning 50. For men, it might be more turning 60, as far as the music and film industry goes, anyway – but for women in the music industry, at 50 and up there are a lot more male songwriters getting those frontline contracts. Tash and I had talks, and she just said to me, ‘Okay, enough already, I get it. So if you don’t get your head around this, what do I have to look forward to? Because turning 50 isn’t sounding so great. Just go out there and rock, mom.’ So then I thought, oh, okay then.”

Having a live-in life coach of sorts may have been instrumental to gaining perspective on Unrepentant Geraldines, but Amos’s relationship with her mother proved just as important.

“My mom is 84, and is on borrowed time as she survived colon cancer a year and a half ago,” she says. “She would say to me ‘Look darlin’, every day is a gift. You’re not 84, so stop acting like it. You’re 50, and if I could be 50, nothing would stop me until the maker takes me.’ I think it was hugely humbling that my mother – who has her brain but who doesn’t have great power, physically – was saying, ‘No excuses. You are in your prime. Go and create.’ That really woke me up.”

Veering off-course
Amos has been releasing albums for more than 20 years, and has never been afraid to veer off course, be it the electronic-oriented From the Choirgirl Hotel, adapting several personas for the concept covers album Strange Little Girls, or indulging her classical repertoire.

As she prepares to embark on a worldwide tour in support of the new album, her appetite for creation shows no signs of being sated. She is meeting her Light Princess collaborator Sam Adamson later today to discuss another potential musical project, she says; while she is on the road, she also plans to record a cast recording of The Light Princess “against everyone’s advice” for release next year, having been prompted to do a “Jesus Christ Superstar-type thing” by her good friend, author Neil Gaiman.

Given the limits imposed on musicians by some labels today, does she think her career might have taken the same daring trajectory if she had been starting out today? She pauses, mulling carefully over the answer before replying.

“Well, I’ve had to fight for it, you know? You have to build trust with people, but my God, you also have to be willing to walk that walk,” she says chuckling. “And don’t think there haven’t been battles along the way; I have battles all the time, in different ways.

“So when you ask whether a career like mine would be possible if starting out now – well, you have to be willing to make the moves that I’m making, and that means making a record while you’re on the road, doing six shows a week. If you’re willing to do that, you will have the career I have. It doesn’t get given to you; you have to be disciplined and absolutely devoted to the art. I can’t snap my fingers and say, ‘I’m going to write something great today’. It doesn’t work that way – for me, anyway.

“But in doing these other projects, and in travelling and in creating a forward motion, it’s like a fire catching on. Out on the road, the audiences bring so much energy to it, and then that energy gets put into other thoughts and ideas. So it’s a continuous thing, almost like how the solar system exists. It’s a rotational creative life, if that makes any sense; they all send off light and energy to each other.”

SILENT ALL THESE YEARS
Little Earthquakes (1992)
This beautifully elegant and startlingly simple song from her seminal debut album balances piano and the soft sweep of strings with poignant lyrics about finding her own voice.

CORNFLAKE GIRL
Under the Pink (1994)
This song launched Amos into the mainstream and established her as a songwriter unwilling to compromise on the controversial: it was inspired by a novel about female genital mutilation.

CAUGHT A LITE SNEEZE
Boys for Pele (1996)
A heady brew of harpsichord, a quiet yet cacophonic rhythm and the distillation of the disillusionment of heartache into song form, this album marked a new musical era for Amos. The track is one of many exploring femininity within the context of society and personal relationships.

SPARK
From the Choirgirl Hotel (1998)
This dark, unsettling, angst-filled rock tune is one of the most heartrending songs you’ll ever hear about miscarriage (“She’s convinced she could hold back a glacier / But she couldn’t keep baby alive”).