The internet age has turned fan communities into mass cults 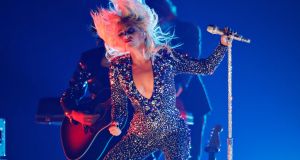 Fandom is the worst thing to happen to popular culture in the 21st century. Obviously, that’s not true. But soak yourself in enough hysterical overreaction and it sticks to the skin. I h8 fandom.

At any point in the last decade, one could find examples of toxic fandom running havoc. Just this week news emerged of a bizarre Nazi strain among enthusiasts for My Little Pony (this is not a joke). The Atlantic reports on Buttercup Dew, who writes the blog My Nationalist Pony, arguing that a subculture “as implicitly white as Nascar, country music, and the Republican Party” could be used to spread white-nationalist ideas.

Then we have the ongoing embarrassment that is #ReleaseTheSnyderCut. Few people with working frontal lobes wished for a revival of the appalling superhero movie Justice League. But a stubborn strand argued that something awful happened to the project when, for personal reasons, it was removed from Zack Snyder and handed to Joss Whedon.

Who, aware of earlier Snyder atrocities such as Man of Steel, Batman v Superman: Dawn of Justice and Sucker Punch, would conclude he had a vision capable of betrayal? The people incessantly tweeting #ReleaseTheSnyderCut. That’s who. A few weeks ago, it was announced that the HBO Max streaming service would, yes, release the Snyder cut in 2021. Hollywood is in the pocket of Big Fandom.

A more everyday example of fandom gone bonkers surrounded the neighbouring releases of albums by Dua Lipa and Lady Gaga. It’s hard to know how much irony was at play in the labelling of her Ladyship’s fans as “Little Monsters,” but they have lived up to the name. That grouping offers the most potent example of fandom as contemporary religion.

Gaga, the self-styled Mother Monster, is the godhead towards whom acolytes incline foreheads. The former Stefani Germanotta founded a social networking service called Little Monsters and tattooed those words on her body in grateful celebration. No dissent is allowed. If any Trotsky were to break away one can be sure a Little Monster would follow them to Mexico City with an ice pick (virtually, anyway).

Three months ago, writing in this paper, Louise Bruton made the mildest of disparaging references to Gaga in her glowing review of Dua Lipa’s Future Nostalgia. “Dua Lipa finds the sound that Lady Gaga has been chasing for years,” she suggested. Bruton also mentioned that, whereas Gaga postponed the release of her album Chromatica, the English singer kept to schedule. That was it. No fanning of armpits is surely required.

The Gagistas could hardly have reacted more violently if Bruton had suggested their leader engineered the advance of Covid-19. No attack was too unhinged for the outraged Monsters (yes, they really call themselves that). “They spent a solid 48 hours filling my Twitter feed with threats and ableist slurs,” Bruton, who uses a wheelchair, told me. “But there was so much repetition within their very precise stan language that, after hour five or six, it turned into a bizarre form of white noise.”

Bruton’s use of the word “stan” is appropriate. The word is derived from the Eminem song concerning a demented follower whose devotion drives him to something like murder. Originally an insult, it is now happily adopted by fans who pride themselves on unreasonable obsession.

A few months later, the same stans rounded on one Sal Cinquemani when he dared to review Chromatica negatively in Slant. We won’t list the more colourful abuse, but it’s worth noting the focus on Cinquemani’s enthusiasm for Madonna. This, apparently, made him bias [sic]. But they’re not political parties. It’s not as if Slant got Elizabeth Warren to report on a Donald Trump speech.

Fans have been around forever. Over a century ago, Sherlock Holmes enthusiasts persuaded Arthur Conan Doyle to resurrect their hero after he apparently fell to his death on the Reichenbach Falls. Stephen King wrote Misery back in 1987. But the ability to connect instantly with enthusiasts has, in the internet age, permitted fans enough psychological reinforcement to turn their “communities” into mass cults.

In the 21st century, one devolution of the Reichenbach campaigners — the so-called Johnlock tendency — devotes its spare time to rants about how writers of the BBC’s Sherlock betrayed an imagined intention to link Holmes and Watson romantically. No denials from the creators can shake them from their delusions.

This is not entirely harmless. Dissenters get abused. The suggestion that a fandom is something you formally “join” (and thus formally “leave”) presses home the new cultish quality. Followers no longer see the world as it really is.

And yet. Who did not smile at the K-Pop fans who helped embarrass Donald Trump by mischievously booking tickets for his Tulsa rally and then leaving the seats unoccupied? Other communities take note. There is a right way of doing this.

The movie quiz: ‘Jaws’ appeared in how many James Bond films?
Real news has value SUBSCRIBE