Parallel worlds: A Chilean trilogy that could be about the North

A young ‘disappeared’ woman, the debate over how a building linked to past conflict should be redeployed, and an exploration of a political leader feature in Prime Cut’s ambitious new trio of plays in Belfast 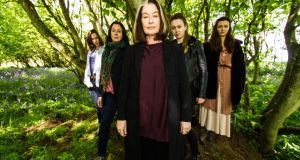 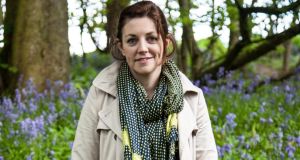 Director Róisín McBrinn on Villa: ‘What makes the play so special is the fact Calderón is able to expose these highly emotive and provocative issues with such humour, art and theatricality’

In a country emerging from years of conflict and political unrest, a fledgling peace and reconciliation process has started asking awkward questions about the past.

A young woman is taken away in the dead of night. Then she disappears, never to be seen again. Discussion ebbs and flows around the future of a detention centre where political prisoners were held captive, interrogated and tortured. Now abandoned and desolate, should it become a museum, a theme park or even an arts centre? Or should it simply remain untouched, its ghastly memories and blood-soaked history intact?

The landscape is not Northern Ireland; the disappeared woman is not Jean McConville; the prison is not the Maze. “But they could be,” says Sophie Motley, director of Fermín Cabal’s Tejas Verdes, a play of terrible bruised beauty and cynical political manoeuvring.

It will be the third performed play in the Chilean Trilogy, a challenging and ambitious season of political theatre by Belfast’s Prime Cut Productions, in partnership with The Mac. The trio is completed by the equally uncompromising Villa and Discurso by Guillermo Calderón, both of which will be directed by Róisín McBrinn.

“The plays express the collective pain of an entire community,” says Motley, a Shropshire-born graduate of Trinity College Dublin, who made her directing debut with Prime Cut’s production of Philip Ridley’s Vincent River in 2010 and is now an associate director with Rough Magic.

“What Tejas Verdes does is force the audience to hear and experience what it was like to be there, to be an internee in a place that swallowed up people during the Pinochet regime. There are obvious parallels with Northern Ireland and many other countries across the world. A few months ago, I was working at the Teatro Colón in Buenos Aires. Every week the Mothers of the Disappeared march through the city in protest. It made me feel very present and connected to this play.

“In it, women talk freely about how you will do or say just about anything if you are tortured. Rape and sexual abuse were commonplace in these places. Horrifyingly, they have only been officially recognised as war crimes during the past year.

“Casting was very important, so as to reflect the authentic voices of the characters. Four actresses [Eleanor Methven, Pauline Hutton, Bernadette Brown and Amy Molloy] from Northern Ireland play Chilean women. Emma O’Kane, from Dublin, plays the role of the Spanish lawyer. English is spoken differently between the North and South of Ireland; Chilean Spanish is different from Spanish. We are offering a subtle but clear analogy through two different voices speaking the same language.”

For two years, McBrinn was an associate director at Sherman Cymru in Cardiff, overseeing a string of English-language productions. Having recently returned to the freelance world, she is juggling the contrasting demands of the other two interlocking plays, having directed Tejas Verdes in 2007 for Bespoke Theatre Company at Dublin’s Project Theatre.

“When I was first approached by Prime Cut, I didn’t think I could do them,” she says. “But I read them overnight and I thought, ‘I have to make this happen’.”

Villa is an intriguing, hard-hitting satire in which three women, played by Hutton, Molloy and Brown, conduct a swirling, looping debate about a new future for the Villa Grimaldi, where they were held and abused.

“What makes the play so special is the fact Calderón is able to expose these highly emotive and provocative issues with such humour, art and theatricality,” says McBrinn. “There are all kinds of little tricks here and there, right up to the last line.”

Discurso is a play for a single actress, and it constitutes the farewell speech delivered by Chilean president Michelle Bachelet when she resigned from office first time around in 2010. It will be performed by Eleanor Methven, and will offer tantalising glimpses into the person behind the politician, in this case an attractive, intelligent professional woman, who had a foot in both camps – as both a former political prisoner and the daughter of a military man.

“It is a really exciting exploration and a massive deal for me, because of Eleanor,’ explains McBrinn. “I worked with her at the Peacock on No Escape, the wonderful Mary Raftery’s verbatim piece about the Ryan report. It’s been like unpicking something painstakingly and examining every aspect of it. It’s a piece that is so dense, highly poetic and bold.”

Prime Cut artistic director Emma Jordan sees the trilogy “as a through-line from The Conquest of Happiness [Prime Cut’s outdoor spectacular, which toured to the Balkans last year]. It’s a continuation of that conversation. There is even mention in them of two pivotal figures from Conquest: the Chilean poet and political activist Víctor Jara and the poet and musician Violeta Parra.

“Tejas Verdes was brought to me by the actor Patrick O’Kane,” says Jordan. “He’s a Prime Cut artistic associate and is always looking out for possible plays for us. The time was close to the decision to shelve Daniel Libeskind’s design for the Peace Centre at the Maze. I was really disappointed that the project was killed, and the resonance of the plays was just too strong and too important to resist. I talked it over with Gillian Mitchell at The Mac, and, within about two hours, the trilogy was on.

“Given recent events, these plays will take on a very powerful significance, as they articulate the voice of the Disappeared in our own society.”

“There is a great dynamic between Prime Cut and The Mac,” says co-producer Mitchell, who is the Belfast arts centre’s director of programming. “There is always that exciting feeling that, between us, things can happen.

“Putting on a season of political theatre is always risky. You feel like you are making a big, big statement. We are completely transforming the performance spaces to create a thrilling, immersive experience for our audiences. On two successive Saturdays, we’ll be staging a marathon, with the three plays performed on the same day.

“We have a responsibility to use art to discuss and examine important issues that affect our society. It’s a huge commitment, but when you are asking that much of an investment from your audience, you have to deliver.”

Villa and Discurso open today; Tejas Verdes opens on June 3. The three plays will be performed back to back on June 7 and 14. themaclive.com