Peter Strickland: “Anything to do with sex can fall on its face. All of us were cautious”

Peter Strickland's latest, ‘The Duke of Burgundy’, is a tale of sado-masochism and romance featuring no men and plenty of humour. “I want people to laugh, but not at the characters,” he tells Donald Clarke 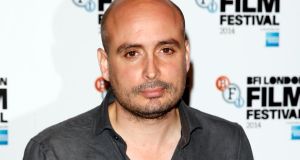 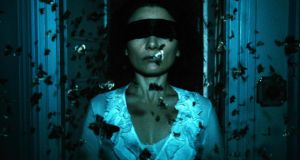 Chiara D’Anna in The Duke of Burgundy. Courtesy of IFC Films

Peter Strickland is a calm, well-spoken man from the unthreatening city of Reading. Having just passed 40, he now probably qualifies as being mildly middle-aged. Yet, over three extraordinary, wholly successful features, Strickland has emerged as among the most unpredictable film-makers of his generation.

The Duke of Burgundy might be his riskiest film yet. Gesturing towards the glossy 1970s erotica of Spanish director Jess Franco, the new picture focuses on a sado-masochistic relationship between two women in an unnamed European nowhere at an uncertain point in history.

The potential for catastrophe hardly needs to be explained. But the film has gone down a bomb at film festivals.

“You’re relieved when any film goes well,” he says. “You never know how it’s going to turn out. Anything to do with sex can fall on its face. All of us were cautious.”

Let’s try and address a few of the potential difficulties. The Duke of Burgundy (named for the butterfly, rather than the peer) begins with the two principals acting out a ritual of recreational pain and shame. Later, the dominant partner (played by Sidse Babett Knudsen from Borgen) becomes bored and distracted by her role. The film is full of humour, but there was always the danger it could generate the wrong sort of laughter.

He brings up that 1970s erotica. Strickland will be aware that this is particularly uneasy territory for a male director.

Though extravagantly shot in lavish, baroque style, films such as Franco’s Love Letters of a Portuguese Nun and Sadomania: The Hell of Passion remain dubious entertainments made by men for the, ahem, diversion of other men. There was always a danger that audiences may not appreciate the ironic distance he was seeking to establish.

“Absolutely. That was a clear flag up from the beginning,” he says. “But I have made no bones about that. It comes from something that is essentially sleazy made almost exclusively by men. The only thing I could do is soften my approach and be less mechanical in my gaze. I can’t take a female gaze. That’s not possible. But it is clearly not going to be for everyone.”

Happily, few critics have, so far, been perturbed by the mischievous sexual politics of The Duke of Burgundy. Since its premiere at the Toronto Film Festival last autumn, it has been picking up ecstatically positive reviews everywhere it goes.

It helps that the film is one of those rare beasts that features no roles at all for men. When the subjects of the film venture outside their chateau they find themselves in a town entirely populated by women.

“That was to do with distracting from the idea that they are not heterosexual,” he says. “I am not interested in their relationship being associated with any social issues. It is just about them. It’s not about why they do this. It’s about the practicalities of how they go about it.”

Strickland’s own script is sharp, elliptical and elusive. The actors are admirably committed. But it is the look and sound of The Duke of Burgundy that sets it apart. Like Berberian Sound Studio, the new piece is grounded in the very particular 1970s weirdness – sexy horror, public information films, BBC Stereophonic Workshop – that fuels the work of Strickland’s collaborator Julian House from Ghost Box Records.

“I have no idea how I got into all that,” he says. “I just naturally gravitated to it. I remember seeing Eraserhead at the Scala Cinema [in King’s Cross]. That changed how I saw things totally. I just liked cinema that seemed like outlaw cinema and Jess Franco was the ultimate outlaw.”

There was a long struggle before Strickland managed to get Katalin Varga on to screens in 2009. He seems to have taken every imaginable job while piloting short films to various prestigious film festivals. He was a teacher. He dug holes for London Underground. He worked in any number of offices.

One of the few film jobs he did secure was on a characteristically raunchy piece by a pioneer of queer cinema.

“Yeah, I only really did two film jobs. I worked on a film by Bruce LaBruce called Skin Flick,” he says laughing. “I also was an extra in Steven Spielberg’s Munich. You can see me with a moustache as a barman in one scene with Eric Bana. ”

When he talks about those days, his voice sinks a little. There was no easy way of making films while paying your rent and keeping milk in the fridge. About 10 years ago, an uncle died and left Strickland a significant, but far from enormous, bequest.

His friends all suggested that he put a deposit down on a house but after much deliberation he decided to “invest” the money in his first feature. Despite speaking only a few phrases of Hungarian, he travelled east to shoot the extraordinary Katalin Varga. He never returned.

“You won’t believe this. But I am still thinking about whether that was the right thing to do,” he laughs. “It has exiled me from the UK. I can’t come back that easily. I could rent. But I am not sure I would want to do that in my 40s. It was very tempting then because all my friends were putting deposits down.

“I had had 12 years of wallowing, just going nowhere. That’s how it is. It’s very hard to have your application taken seriously.”

It’s a tricky business all right. Strickland is now something a little more than a cult director. All three films received the sort of reviews you can’t buy with hard cash.

But you sense that he still bears the scars of those years stoking the furnace in British cinema’s coal hole. Berberian Sound Studio, starring Toby Jones as an English director abroad, was initially greeted with puzzlement by the film establishment.

“I started The Duke of Burgundy in a strange place,” he says. “Berberian was rejected by Berlin, who liked the first film. So, they must have really not liked it. Cannes rejected it too. I kind of thought that I was finished before I’d begun. I was already a used good.”

Happily, the British Film Institute had decided otherwise and, just two years after he began work on the script, Strickland saw The Duke of Burgundy make its triumphant way into cinemas. In the interim, Berberian Sound Studio figured on a few dozen best-of-the-year polls.

“Ah yeah,” he laughs. “I’ve no idea how it all works. But I am old enough and ugly enough so that none of it matters.”

The Duke of Burgundy is on limited release from Feb 20th