Oliver Reed: separating the man from the wild man myth

When Rob Crouch and Mike Davis began developing a play about Oliver Reed, they had no idea who would end up pitching in to help the show: Reed’s son Mark 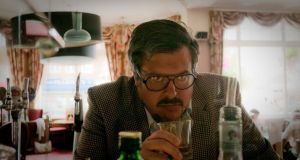 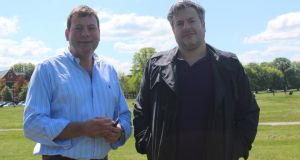 When Rob Crouch and Mike Davis began developing a one-man show about Oliver Reed, titled Oliver Reed – Wild Thing , it was an on-off project they had been thinking about for a while, set to play village halls around the UK with an eye on Edinburgh. Mark Reed, Oliver’s son, had yet to meet them.

He had learned of the play from a footnote at the end of a conversation with a BBC Radio 4 researcher working on another Reed-related project about the actor’s relationship with The Who drummer Keith Moon. (The researcher’s partner worked in the theatre where Crouch and Davis were rehearsing.)

Reed booked tickets online for himself and his wife and would have attended incognito if the theatre hadn’t been a 50-seater and the booking “Mark Reed, Wimbledon” hadn’t raised eyebrows at the box office. The Radio 4 researcher got back in touch, Reed, Crouch and Davis made contact, and after the play they chatted in the bar.

“I said, ‘Look, I can help you with this. I’m more than happy to do so,’ ” recalls Reed, thus giving Crouch and Davis access to a wealth of first-hand material for what Reed described as an already “remarkably insightful” performance. “I was actually quite taken aback. I was sort of able to iron out a few inaccuracies, some of the things that had been folklore that weren’t quite true, added things that would give it more breadth and depth.”

Reed saw it again before its Edinburgh stint “and it’s a much fuller, much deeper, as Rob would say, a much more textured production than it was before”.


Hard-drinking
Oliver Reed’s character is ingrained in thespian history, the talented brawny Englishman who occupied screens as Bill Sykes in Oliver! and in the films of Ken Russell and Michael Winner throughout the 1960s and 1970s, while gaining a reputation as a hard-drinking mischief-maker bordering on trouble. During the 1980s and 1990s his reputation overtook his work, as roles in commercially and critically less successful pictures were interspersed with often outrageous chat-show performances, before he died in Malta in 1999 while filming Gladiator .

The challenge of providing a full and fair representation of an actor with such an extensive career, separating the man from the myth, being entertaining and doing it alone on a stage, was a big enough challenge for Crouch without having Oliver Reed’s son in the wings.

“I was terrified at first,” says Crouch of Mark’s involvement, “because it’s odd, we sort of always wanted to have somebody – we were always aware that the one thing we lacked was true first-hand experience . . . then the fact that Mark came forward, we weren’t really ready for it, I think, if I’m honest about it.”

Those fears subsided when Crouch and Davis realised how invaluable Mark’s perspective and information was, how it added another dimension to the play.

“Sometimes, quite often I forget that [Oliver is] real and it’s actually quite odd for me sitting here with Mark,” says Crouch. “Every now and then we’re talking about this person and so I’m caught in between this world of thinking I knew him really well – whereas obviously I never met him – and thinking he’s a fictional character that exists between us.”


Hellraiser
But that separation is the only way Crouch figures he can actually play Reed:

“If I start thinking about the responsibility I have to people who had contact with him and loved him, you know, presenting him on stage then becomes something I couldn’t possibly think of doing.”

“I sort of always lived with a father and an actor and a hellraiser and a performer . . . so that if I saw him on a chat show – was that really him? Well yes it was him. But it didn’t feel like the real him. It was him going out, doing what he did. It was always an odd relationship in terms of my perception of what the outside world saw and what he was like internally at home when the door was closed.”

Mark counts himself lucky that he can pull up a YouTube video or watch a film when he wants to bring his father back to life, saying that most people can’t do that, that most people don’t even have a sound recording of their parents’ or grandparents’ voices. Indeed, Oliver is also alive in Mark: he has the eyes, the voice, the burliness.

When Crouch, Davis and Reed were working on developing the play, they travelled to Broome Hall, the rambling mansion Mark called home as a child. It’s here that Mark recalled some of the most memorable stories of his father’s boisterous domestic life. Crouch mentions one Mark told him. They were walking around when a huge lake came into view and Mark said: “Do you see the lake down there? One night my dad decided that he wanted to hang one of the chandeliers from the dining room from a tree on that island on the lake. And I was standing there, seeing how far away this tree was, and thinking about this man in the middle of the night in a rowing boat with this enormous chandelier, rowing it out and pulling it up in a tree just so he could light it up in a tree, go back to the house and say, ‘Look, I’ve just done that’.”

Mark smiles in recollection, listening to Crouch. “That’s my favourite Ollie story,” says Crouch “because I think there’s that dedication to, I guess, what the Irish would call the craic. The sense of fun. To do it because you could. That for me was a great insight into his character.”

Mark picks up on the anecdote to tell another about the drought of 1976, when the authorities refused to allow his father to fill his swimming pool with water. Instead, he hosted a party in the empty swimming pool, and mid-festivities launched into a belly flop on to one of the tables loaded with food, drink and glasses, smashing everything around him before walking away completely unscathed.

“There were so many instances where you’d look at him and think, how did he get away with that? . . . So I don’t think he ever saw risk, he just lived life. The switch was on and there wasn’t very much of a volume control on it.”

his father’s magnetism, he says – Orson Welles and Lee Marvin. “They had something. It was like an additional dynamo or generator in them. They just exuded something very different. And my father had that. He always had it in a physical, dangerous sort of way. There was an unpredictable element,” says Mark. “You didn’t in reality know what he was going to do next. He did get bored easily . . . [people] wanted to get close to him but they didn’t want to get too close to him.”

Crouch nods. The responsibility is now on his shoulders to convert that energy into a performance to remember.

Anatomy of a killing: ‘Harry pulled the gun out and took aim’
7