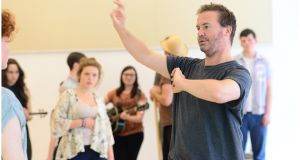 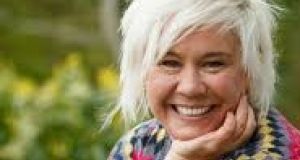 Emma Rice is working on a new version of Tristan & Yseult

The Galway International Arts Festival has announced its full programme for 2017, which also marks the festival’s 40th birthday.

Already announced is the premiere of roduced by Landmark Productions and the festival. Conall Morrison will combine Büchner’s Woyzeck and Schubert’s Die Winterreise with lyrics by Stephen Clark, and a cast including Patrick O’Kane, Camille O’Sullivan, Rosaleen Linehan, Barry McGovern and and Susannah de Wrixon.

Landmark is also working on a new opera with Wide Open Opera called The Second Violinist, created by Donnacha Dennehy and Enda Walsh. It stars Aaron Monaghan, singers Máire Flavin, Sharon Carty and Benedict Nelson and a 16-strong chorus along with Crash Ensemble.

The festival will also feature: a new short text Bathroom by Enda Walsh featuring the voice of Tom Vaughan Lawlor; Druid’s production of Crestfall by Mark O’Rowe; Corn Exchange’s Dublin by Lamplight; the world premiere of Branar’s How to Catch a Star; Decadent’s production of Abbie Spallen’s Pumpgirl; An Taibhdhearc’s Dún na mBan Trí Thine by Éilís Ní Dhuibhne; and the Abbey Theatre’s production of Two Pints, written by Roddy Doyle, which will play in a number of pubs in Galway city, county and the Aran Islands.

The Old Vic Theatre will also present Cover My Tracks by David Grieg and Charlie Fink. The outgoing artistic director of Shakespeare’s Globe in London, Emma Rice has created a new version of Tristan & Yseult with Carl Grose and Anna Maria Murphy.

Street art has always been a strong factor in GIAF, and this year it features two shows from French company Transe Express: the interactive promenade show Chariot of the Sea and the large-scale aerial performance Mobile Homme. The Netherland’s Close-Act’s skeletal i-Puppets will invade the city, and Olivier Grossetête will be create an architectural installation called The People Build.

This year’s visual arts programme will see the return of the festival gallery at the former Connacht Tribune Print Works. It will be host Dark Night of the Soul by the acclaimed Brazilian artist Ana Maria Pacheco, and an exhibition of new work Inscriptions by Ireland’s Ailbhe Ní Bhriain. Festival regular John Gerrard will return with a new commission called Flag. The artist recently unveiled a new piece Western Flag (Spindletop Texas) at Somerset House in England.

Other arts shows include: After the Raft of the Medusa from UK/Australian artist John Beard; Nicola Gunwhy’s Can We Ever Really See Each Other?; Memory Has a Pulse by Seán Cotter, Gary Robinson and Thomas Brezing at 126; and shows featuring the work of Dorothy Cross, Laura de Búrca, Susan MacWilliam, Lucy McKenna and Paul Nugent.

The festival takes place from July 17th to 30th. For tickets and details see giaf.ie.