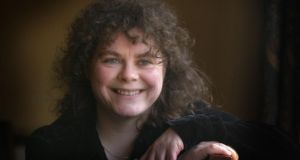 Lynne Parker says the new production is ‘an ideal show to draw in a new audience from every cultural corner’. Photograph: Bryan O’Brien

The Irish theatre company Rough Magic has been awarded funding of €230,000 by digital broadcasting company Sky Ireland to enable a large-scale production next year of a Brechtian economic satire.

This is the first time that the Sky Arts Ignition award, now in its third year, has been awarded to an Irish arts company. This year, applications for the award were restricted to Irish organisations only.

The winning project, chosen from 72 entries facilitated by Business to Arts, is a new production of Rise and Fall of the City Mahagonny, a 1930 play by Bertolt Brecht set to music by Kurt Weill, which will be co-produced between Rough Magic and Opera Theatre Company (OTC). The award enables a production that would not otherwise be achievable for either the Dublin theatre company, which turns 30 next year, or the touring company OTC, established in 1986, which cancelled a major production of Wozzeck earlier this year.

Rough Magic director Lynne Parker will transform the 19th century music hall to allow for performance on the stage and throughout the auditorium, with a 60-piece orchestra and full cast.

“Standing at the border between opera and epic theatre, Mahagonny is the perfect meeting point for Rough Magic and Opera Theatre Company; and as a brilliant political satire that crosses many boundaries between musical genres, it’s an ideal show to draw in a new audience from every cultural corner,” said Parker.

Premiered in 1930, Brecht’s abrasive play, set in America, is a Marxist parable about the city of Mahoganny, founded and populated by pleasure-seekers, which eventually collapses in violence and greed. Banned by the Nazis in 1933, it precipitated Brecht and Weill’s escape from Germany soon after.

Commenting on the award, Sky Ireland’s managing director JD Buckley said: “This investment, as part of our broader contribution, highlights Sky’s commitment to Ireland, particularly at a time when arts organisations need support to produce creative, original and entertaining work.”

Since the start of this year, the broadcasting company has created 850 jobs in its new Dublin offices and announced a €1.5 billion investment in Ireland over the next five years. It is also seeking to grow its subscription base in Ireland.