Richard Ford: Reflections on America, the day after the midterms

The result was not what I wanted. Elections almost never work out how I want them to 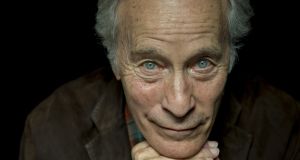 Now may not be the ideal moment for a European to try to understand America’s woeful political plight, and its foreshadowing of a possibly dismal future for Americans and others. Although, you could also argue it’s the best time.

It’s just that the current “American moment” is not so easily read by amateur European America watchers who wring their damp hands, in between writing me insincere (and irritating) emails about how shocked and dismayed they are to have their “long-standing faith in America” jangled by Donald Trump and his stingy, mean-spirited efforts to make America “great” again.

A French friend recently wrote that he was actually “praying” for America. Really? Who knew he was even religious? These people would do better to wring their hands and pray over what’s going on in Europe right now, and let us try to re-jigger by gradual, constitutional means, what’s admittedly gone very wrong where we live.

As I, for weeks, contemplated the advent of yesterday’s midterm elections, I several times remarked to my wife – and she to me (rather forebodingly) – that with this election’s results we’d “learn something important about our country”.

What we meant was that we’d soon be learning if America is actually becoming a genuinely awful place; a country where a thuggish one-third of our population can hold, by ruthless, semi-legal means, the other two-thirds hostage – a la Nazi Germany, 1933 – occasioning America’s further (probably fatal) decline into bizarre, state-sanctioned nastiness – ie racism, anti-semitism, unstinting corporate greed, knavish disregard for the poor, the ill, the weak, the disadvantaged, the world’s fragile environment, women, children, immigrants, wildlife and much of the rest of the world that may not be lucky enough to be white, Christian and male.

In other words, if America were succumbing to the already dark forces in its DNA, but which my wife and I have believed were “balanced” by the better angels of tolerance, civility, moderation, an instinct for compromise, an at-least-recent-history-of-inclusion, and a long-respected, constitutionally-ordained impulse to affiliate fruitfully with the wider world.

The result of the American 2018 midterm elections was decidedly mixed. Also murky. Possibly garbled. Not the worst

Or in even different blunter terms, was it time now to get the hell out of America and leave it to . . . precisely who? We don’t know. And go precisely where? Europe? Great.

What we have actually learned from the election (and I’m writing this in the wee hours of November 7th, before I’ve had the “advantage” of hearing the president’s and the news media’s fresh take on things) – what we’ve actually re-learned – is that American democracy is innately gradual, clumsy, somewhat corrupted, reactive but not-quite-unresponsive, periodically nuanced, extremely near-sighted but not completely blind, almost phobic about history, hard-of-hearing but not totally deaf to its citizens and of course money-mad.

And yet it’s not as bad altogether, or as clueless about the future, as it might be said to be by people who have a stake in pretending they know – again, the president, along with the news-gathering (and news-making) organisations who never seem to shut up.

America is most assuredly in at least governmental decline (I’m not qualified to comment about moral decline). And its putative role as a source of hope for the rest of the world definitely seems to share in that decline. But once again, what have you got that’s better? Unanswered prayers.

Mixed. The result of the American 2018 midterm elections was decidedly mixed. Also murky. Possibly garbled. Not the worst. But not what I wanted. Elections almost never work out precisely how I want them to.

On election day afternoon, I found myself wandering around inside Costco. Costco is one of our gigantic, anything-goes retail, suburban Godzilla-stores where you buy a cheap membership then shop for . . . well . . . anything: French wine. LG TVs. Emergency generators. Mobile phones. Bifocals. Buckets of nacho cheese. At-home test kits for colon cancer and gold-fish supplies.

Every other customer I passed, as I pushed my enormous wire cart through the aisles, seemed to be wearing either a red TRUMP tractor cap or a “Make America Great Again” hoody. I experienced an eerie sensation that were I suddenly to shout “Trump sucks, You’re all a bunch of f***ing liars and idiots” I’d have been swarmed, bludgeoned to silence and left for dead by my fellow Americans. (I might’ve been wrong, but it was immensely discomforting and isolating.)

Just the night before I’d sat in the livingroom of a middle-aged medical doctor, here in Montana, where I occasionally abide, and listened to this physician – a deeply educated, multi-diploma’d University of Virginia graduate – spout verbatim and with complete approval, a gloating litany of applause lines from President Trump’s standard stump speech about “draining the swamp”, “immigrant rapists”, “all Muslims hate us” and white nationalists being perfectly nice people.

I had that feeling I mentioned a moment ago – of America becoming a dangerous, god-awful place, where I was trapped but too old to leave, and nowhere to go even if I did leave.

And yet. Next morning – this morning – November 7th, the day after the election, I woke to find that Democrats had retaken control of the United States House of Representatives. My chosen Democratic candidate for governor of conservative Maine had won an unexpectedly handy victory, as had my candidate for US Senate in very conservative Montana.

Muslims, Native Americans, Native American lesbians, heretofore unlikelies of every stripe had been elected to Congress, to governorships, to the Senate. A lot more than had seemed likely to happen had happened, and was good. Fresh and sudden gains were registered against the Trump, right-wing Republican onslaught.

I reminded myself that election day 2016 was only 24 months ago. Already nothing was the same as then.

It’s hard to generalise about or to see all this accurately from a distance of 3,000 miles. But if you feel disappointed in us for letting you down, you need to see how we got to where we got to, then and now. Mixed. Murky. Garbled. Yes. But not dead in the water. Not yet. Which is a quality deep in the genome of American politics, in spite of self-flattering European misperceptions and crocodile-tear-disappointments in us.

Of course, there was never, ever going to be a great blue wave – or a great red one – no matter what our ridiculous, snake-oil-salesman president prattled about. There was not even a genuine red wave two short years ago, when Le Grand Orange backed his spongy rear end into the oval office.

I was, it should be said, dead wrong about Trump becoming president. I’m, after all, a novelist, which means I’m a natural optimist.

Then, it was a decidedly murky outcome, as well. His opponent, Mrs Clinton, conceivably could’ve made a good president, but she was also a preposterously terrible, ill-equipped candidate, who probably shouldn’t even have been nominated.

As was laceratingly pronounced at the time: Trump was the only Republican candidate she had any chance of beating. Except she was the only Democrat he could beat.

Which he sorta did, even though he “won” two million fewer votes than she did, and claimed victory only due to an anachronistic and not-entirely-quaint constitutional relic we call the Electoral College which you don’t want me to try to explain.

It’s far too arcane and murky, and depends on how Electoral College delegates are allocated according to individual states’ congressional party make-up, which is itself determined by a ham-handed, but widely-practiced voter-suppression scam called gerrymandering, which in part owes its own existence to the 50-state, federated composition of the United States of America per se, whereby individual states act – as they did in 18th-century pre-revolutionary times – like tiny separate countries all to themselves. Is this confusing enough? You can add “ponderous” and “deceptive” to my short list of “mixed, murky and garbled,” and you wouldn’t be wrong.

But altogether this machinery makes for a political system, which – while hardly transparent or even given to transparency – is not easily pushed to the brink of anarchy and revolution, but rather is given to ponderously righting itself on its own.

Which – having said this now – I hope doesn’t make me stupid.

I was, it should be said, dead wrong about Trump becoming president. I’m, after all, a novelist, which means I’m a natural optimist. And, I’m a patriot – at least when it comes to that list of civic virtues recited above – tolerance, civility, inclusion, etc. And . . . Americans aren’t really all that interested in government and will put up with a lot of nonsense just so we can be left alone to go to Costco.

But make no mistake. Donald J Trump and his band of political do-badders are a genuine menace – a menace to intelligent and informed governance, a menace to justice and equal protection under law, a menace to our most basic definitions and understandings of what it means to live together sanely and empathically – not just as a nation – but as human beings. And more. And worse.

But an election such as this one just settling into its finalities is not a bad sign. It’s not the best sign. But it’s far from the worst.

A majority of Americans is starting to pay attention – as loath as we may be to do so. Who we best are is under assault and being demeaned, which is tantamount to a war inside our own boundaries.

And in such a war, I locate my allegiance where I know good to be.