Dublin singer-songwriter A. Smyth on an iconic American rock band 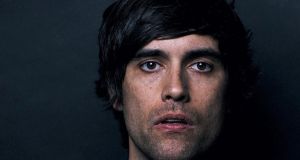 A. Smyth: Afghan Whigs – Gentlemen taught me that life and the choices you make won’t be straightforward, but the most important thing to do, is to tell the truth

I can vividly remember the moment I heard The Afghan Whigs for the first time. My friend and I had just been caught raiding his brother’s record collection, but instead of being angry, his brother recommended the one we went for was The Afghan Whigs, Gentlemen.

Grunge was in full flow at the time, but nothing had hit me before like Greg Dulli’s voice. While everyone else was singing about teen angst and rebellion, the Whigs genuinely sounded dangerous. And I was hooked.

This record taught me that life and the choices you make won’t be straightforward, but the most important thing to do, is to tell the truth. That’s what I always feel Greg Dulli is doing on this record; telling you the truth, no matter how dark or ugly.

A few years ago at an ATP festival in New York, I was lucky enough to meet Greg himself and have an incredible chat about music. When I mentioned I had a first pressing of Afghan Whigs’ 1965 still in its shrink wrap, he told me to go home and open it immediately. He said it was a special record as it was the only one where he’d sat in on the mastering.

He was right. 1965 is special; but it still doesn’t beat that moment as a skinny teenager, hearing him scream on Gentlemen. “Your attention please, now turn off the light...”

You Have to Make Your Own Fun Around Here: Lively debut novel
Real news has value SUBSCRIBE