We listened, we watched, we tasted, we argued: here’s our pick of the Picnic’s best bits

They're long, short, straggly, tidy, but all homegrown. Beards are the ultimate accessory at this year's festival. 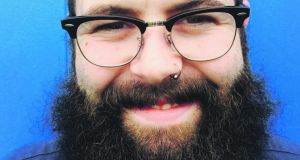 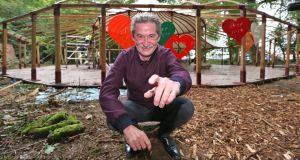 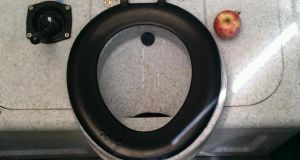 Best improvement: the toilets (though nobody ate the apple)

Portishead were sublime: in between the snap and the hiss, the cackle and crackle of the music, Beth Gibbons turned, sighed and lamented notes of magnificent, mighty import. Hozier had more than a few of those festival moments that live long in the memory. Merrill Garbus made a ukulele sound like a weapon during Tune-Yards’ explosive set. London Grammar delivered a perfectly-judged set of lo-fi sounds, minimal colours and emotional payloads. And White Denim had old-school impeccable playing, wide swagger and phenomenal pace. Best stage sound The Electric Arena sounded pristine all weekend. The sound engineers handled everything that London Grammar and Clean Bandit threw at them.

Other Voices stage. Those who took a gamble on this stage (the line-ups were kept strictly under wraps) were rewarded with a beautiful setting and a superb selection of music. It felt as if we were all backstage and up close with the artists.

A no-show from FKA twigs left a little hole in our festival hungry hearts.

The Heineken Sound Atlas stage always looked like a place where the punters were having a good time. A half basketball court where people could get stuck into pick-up games added a competitive edge to the colourful chaos.

To the person dressed as a Wicker Man sneaking up on unsuspecting, somewhat tender Sunday morning heads, we say: well played, sir. However, we will use force if necessary to subdue you.

Sheppard, Tvvins, Kate Boy, Melty Brains? and Girl Band were among those making a fantastic first impression. Best new band name Bitch Falcon. Best stamina Ryan Skelton’s Together Disco crew ran from 8pm to 4am in Jerry Fish’s Electric Sideshow on Friday. And came back on Saturday for three more hours. The Rocky Balboa of the late-night scene. Best posh food It began with a choice of evening wear in a dressing-up tent, and ended some hours later with coffee and petit fours. At a festival already known for serving up decent tucker, L’Ecrivain’s Derry Clarke set a ridiculously high standard this year with a five-course fine-dining banquet in aid of Console. With Ross Lewis of Chapter One on desserts, it meant a sprinkling of Michelin stars to go with the flowing wine and Dingle spirits in a marquee laid out like a high-end restaurant. Communal tables, silly bow ties and wonderful food made it an unusual and unforgettable festival experience.

(since Daniel O’Connell’s monster meetings): The enraptured masses at Hozier. See our drone video on irishtimes.com for a bit of perspective.

Power balladeer Bonnie Tyler arrived in Electric Ireland’s Power House and, two songs later, the electricity cut out. Still, torch songs are not easily extinguished. Spilling far beyond the venue, the crowd elected to drown her out with their own singing, knowing every chorus and not a single verse. Tyler cannily mingled hits, new songs and cover versions in the set. But it’s all about one song. “I don’t know what to do, I’m always in the dark . . .” In this powder keg, she still gave off sparks.

The toilets were in much better shape throughout the weekend than in previous years, much to everyone’s relief.

Hero of the Picnic

Over the weekend we asked the crowd in Stradbally to nominate people for Best Picnicker, and the results were almost unanimous: the man who pulled a woman from a burning tent in the Pink Moon campsite on Friday night. We tracked him down, but he prefers not to be named. Bonnie, we think we’ve found that hero you’ve been holding out for.

Best blast from the past

Blondie’s unique brand of crunchy, post-punk disco is ageless. Debbie Harry prowled the stage, shook her hair and hit all those high-pitched melodies on Heart of Glass and Rapture. And she can still do the rap bit.

So many beards. But there can be only one: Sean O’Reilly from Donaghmede in Co Dublin wore his luxuriant tresses with the aura of a man delighted with life.

Hozier got the biggest crowd of the festival, and the best crowd participation. Take Me To Church’s choruses sung en masse were spine-tingling, but the crowd hollering Amens back at him almost knocked the main stage over.

Westlife’s fans across Africa: ‘I listen to them every day’
7

Oscars 2021 could be the best awards season ever
10