The Catch 22 for Twitter and Soundcloud: why can't they make any money?

In an effort to reverse their huge financial losses, Twitter and Soundcloud risk alienating the millions of users who made them big in the first place 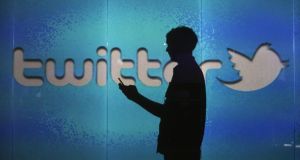 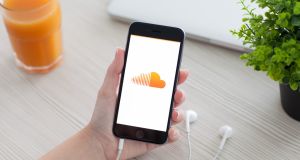 Twitter and Soundcloud are huge companies, boasting almost half a billion active users between them. Although their popularity and usefulness is not in question, both companies face serious financial issues. Like many popular, useful ideas on the internet, neither platform has been able to make much money, and their troubles tell us a lot about the way technology and the markets interact in 2016.

Despite increasing its revenue from $28.3 million in 2010 to $2.22 billion in 2015, Twitter has never made a profit. The company has made a cumulative loss of more than $2 billion since its foundation in 2006, and saw $560 million wiped off its valuation in January when four top executives left the company at once.

Although smaller in scale, Soundcloud is dealing with similar issues. Between 2012 and 2014, Soundcloud brought in about $42 million in income but also made operating losses of $85 million. In 2014, rumours of Twitter buying Soundcloud for as much as $1 billion began to spread, but the deal eventually broke down when the numbers didn’t add up.

Both Twitter and Soundcloud are interesting for the way they provide a particularly “live” kind of user experience, valuing immediacy over depth. In a recent report to its shareholders, Twitter emphasised this liveness as the platform’s key strength – it is a “second screen” for the world, where what is happening in real life is dissected, unpicked and reflected on in real time. Central to this liveness is Twitter’s chronological timeline. Each user’s timeline is a personally curated feed. Unlike Facebook, there is no mysterious algorithm deciding which bits of information are the most important. This suits certain types of behaviour: following breaking news or daily trends, or making timely jokes about whatever is on television right now.

No barriers to entry

Soundcloud is a music-sharing platform that allows users to upload their own sounds. Its greatest strength is that there are no barriers to entry for either the person uploading the music or the person listening to it. It was founded in 2007 and quickly became a hub of activity for DJs, producers and small indie bands who could all upload a couple of tracks or a mix without any hassle and instantly make those sounds available anywhere in the world with an easily embeddable widget. DJs, journalists and record labels soon began to use it to find new music.

Twitter and Soundcloud have been very popular with a specific set of users, in the process helping individuals and small organisations to reach wider audiences than they ever could otherwise. So why are they facing such financial issues? The simple answer is that advertisers don’t like them, mostly for the same reasons their users do like them. This uncomfortable friction is at the heart of their problems.

Firstly, Twitter’s format is very restrictive; there isn’t much space within the timeline for advertising, with only 140 characters per tweet. People naturally scroll past ads quite quickly, particularly on mobile, so there is not enough evidence of the ads being effective in driving business to other websites or apps. This is also a result of Twitter lacking the complex behavioural data that Facebook and Google can leverage to target certain types of users very specifically. Also, now that Twitter’s growth has slowed to a crawl, hitting a ceiling of about 320 million active users, advertisers are wary of investing in a platform that is not reaching new people.

Soundcloud’s income has traditionally been derived from a paid subscription model for people uploading music and podcasts, offering two hours of free space, with tiered payments after that point. Unlike Spotify or YouTube, Soundcloud does not normally pay royalties on the music it hosts and has only begun to introduce advertising quite recently. Its main stumbling block has been copyright issues: when a user uploads material owned by someone else, that material is removed using an automatic detection algorithm. Sometimes the user’s account is automatically deactivated as a result of a copyright infringement claim, as was the case with popular online radio station Berlin Community Radio, which used the platform to archive its shows. Worse, London DJ Plastician had a track he produced, owned and released on his own label taken down automatically.

Given how much Soundcloud has been used by DJs to upload mixes, and how often it is the vehicle for new music making its way into the world, these kinds of takedowns – which often affect tight-knit underground communities – make for terrible publicity.

The key point here is that both Twitter and Soundcloud are having to overhaul their product in order to attract more reliable revenue. Twitter has increased the available ad options, combining direct advertising (where advertisers pay by click received) with auto-streaming video and “promoted tweets”, which look like normal tweets within the timeline. It is also considering the introduction of an algorithmic timeline (similar to Facebook’s Newsfeed), which would represent a fundamental shift in how the platform works, and make it more attractive to advertisers. It would also be likely to alienate a significant portion of the platform’s core users.

What Twitter is actually good for – its liveness, its fleeting, in-the-moment nature, its weirdness – would be impossible to maintain with an algorithmic timeline. If the algorithmic timeline is implemented before the ability to edit tweets or more reliable protection from spam and abuse, then Twitter will risk provoking a mass exodus.

Soundcloud’s overhaul is even more comprehensive. As well as being the reason for the increase in the amount of tracks taken down, the deals the company has struck with major labels over the past year or two have come with the caveat that they introduce a listener-subscription model similar to that of Spotify or Apple Music.

Again, this changes the fundamental tenets of how the platform operates, shifting the focus to more corporate interests and alienating the people who made the platform popular in the first place: DJs, producers, indie bands and their audiences. It’s hard to see Soundcloud challenging its big-name competitors in the streaming field, all of which have had the listener- subscription model built in from the beginning. It’s not easy to change direction mid-stream.

The travails of these two companies highlight how strange and convoluted business has become on the web. Twitter and Soundcloud are great ideas that have specific strengths that directly undermine the kinds of things that advertisers look for when choosing where to put their money. The reasons they are useful and popular, the reasons they have committedl user bases, are also the reasons they can’t make money. The struggle they both face to become profitable companies is changing the basic nature of their products, with potentially catastrophic results.

With such staggering amounts of money invested in both companies, the potential for failure is huge and, as the vanguard of 21st century Silicon Valley has matured and become the tech behemoths we know and put up with, Twitter and Soundcloud risk losing the users that made them valuable in the first place.

Tech stocks generally are beginning to wobble; many of the big hitters have seen serious dips in the past few months. Should either Twitter or Soundcloud fold because they have valued investors over users, they might be the first casualties in the slow burst of a bubble that has been growing for more than a decade.

Trump blasts Parasite over Oscar win: ‘What the hell was that all about?’
4

Greed film review: Greed is quite good. But it could be better
10