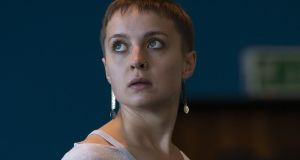 National Concert Hall, Dublin The RTÉ National Symphony Orchestra’s new chief conductor, Jaime Martín, may not have conducted the actual opening of the orchestra’s season last month. But he has chosen to begin his reign in style this month with a performance of Mahler’s longest symphony, a work that has been known to clock in at over 100 minutes. The composer’s plan was to chart a path from the inert matter of nature through flowers, animals and humankind to the height of universal love. He even came up with programmatic titles for all the movements, though he later withdrew these without disowning them. The work calls for a mezzo-soprano soloist (Jennifer Johnston) and multiple choirs (RTÉ Cór na nÓg and the RTÉ Philharmonic Choir). The concert starts at 7.30pm.

Town Hall Theatre, Galway, and on tour It never rains but it pours. Vivaldi has had a centuries-long wait for a performance of any of his operas in Ireland. The next month will bring a total of 12 performances of two of his operas, Griselda from Irish National Opera (starting in Galway and touring to Letterkenny, Sligo, Navan, Kilkenny, Limerick, and Dún Laoghaire); and Dorilla in Tempe from Wexford Festival Opera (starting on Wednesday, October 23rd). The plot of Griselda, after a story from Boccaccio’s Decameron, is about female faithfulness and moral rectitude in the face of appalling trials. The title role is taken by English mezzo-soprano Katie Bray, who won the audience prize at the Cardiff Singer of the World competition in June. Spanish tenor Jorge Navarro Colorado is King Gualtiero, Irish soprano Emma Morwood is Costanza, Irish mezzo-sopranos Sinéad O’Kelly and Raphaela Mangan are Ottone and Corrado, and Australian counter tenor Russell Harcourt is Roberto. Tom Creed directs. The designer is Katie Davenport. And the Irish Baroque Orchestra is conducted by Peter Whelan.