What’s Greta Thunberg’s dog got to do with jazz?

This year’s Galway Jazz Festival veers from the standard model, inviting artists to respond to world events, and encouraging audiences to think about sustainability 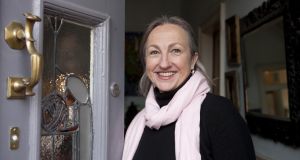 Galway Jazz Festival director Ellen Cranitch: ‘I think artists have a duty to respond. That’s the whole remit of artists, is to respond to the world and the human condition’

For evidence of how different Galway Jazz Festival is to the standard jazz festival model, look no further than Roxy’s Head is Melted, a words-and-music performance, named for Greta Thunberg’s dog, from Dublin writer and performer Donal O’Kelly. Improbably, the teenage climate activist’s beloved Labrador came to her from Cork, a rescue by the Dog Action Welfare Group (Dawg, geddit?) and O’Kelly’s piece (“a jazz-words urgent contemplation in rhythm and rhyme on our house burning down”), in the Mick Lally Theatre on Saturday, is just one example of how the team behind the Galway festival are shifting the narrative around art and activism.

“Donal has worked so much with music,” says festival director Ellen Cranitch. “It’s a kind of Myles na gCopaleen-esque approach to the rhythm of words, and he is extremely good at playing off musical riffs and musical ideas. It’s a little bit different, but we’ve always had a literary strand to the festival and we’re delighted that this is a big mainstream literary event, and unusual in its execution.”

Since Galway piano tuner Ciarán Ryan and his team took over the Galway Jazz Festival five years ago, they’ve been ringing the changes, building their festival model around sustainability and community engagement. Imaginative tie-ins with local restaurants and food producers involved the local business community; plastic bottles were banned from backstage; and the festival began dispensing with unnecessary merchandise such as T-shirts and plastic laminates.

But this year the festival is going all out, working with the Ryan Institute at NUI Galway to measure the entire carbon footprint of the festival and encouraging their audience to get on board, with innovative thinking around food, drink and travel. There’s even a call in this year’s programme for audience members to forgo one international flight in the coming year to offset a flight for a visiting artist at next year’s festival.

“We’re not exactly tree-huggers,” protests Ryan, “but it really struck us all, personally and individually, like ‘f*** me, Jesus Christ, we have an audience and we’re involved in this public activity and yes, we have a responsibility to do whatever we can to not be part of the problem’. If we believe that there’s a chance to turn any of this around, and that’s a moot point,” he adds darkly, “then it’s up to every single one of us and no action is too small.”

Climate wokeness isn’t the only thing that’s different about the Galway Jazz Festival. The programme, which runs to some 50 paid and free events across the city, covers a broad spectrum of jazz-related music, particularly those areas where jazz practice intersects with other musical traditions. And, in contrast to the more established festivals on the island, there is a noticeable diversity to the line-up in terms of gender and nationality, and a marked absence of big-name male Americans.

“Diversity is very important,” says Cranitch, whose Purple Vespertine show on Lyric FM is a weekly feast of eclectic music choices, “but it’s not something that we’re even that conscious of any more. We just do it. Of course there’s gender and nationality representation, but we’re not doing it deliberately, we’ve just found these amazing musicians who happen to be from all over the place, and happen to be male or female or whatever they are. We don’t have a quota, we just happen to have found some extraordinary musicians.

“I’m conscious of people not seeing this as virtue signalling,” says Cranitch of bookings such as renowned Slovenian pianist Kaja Draksler and rising UK saxophonist Trish Clowes, “because it’s not that. It’s just, wow, Kaja is a great pianist, and Trish is one of the leading lights of the British jazz scene right now, so why wouldn’t you have them?”

In contrast to some of Ireland’s more established jazz festivals, Galway is also placing a bigger emphasis on local talent, drawn both from Ireland and from the wider European scene. As well as reducing the air miles of its artists, the move reflects a shift amongst European creative musicians away from aping mainstream American approaches and towards a deeper engagement with local sound worlds.

“The European scene is very vibrant,” says Cranitch, “particularly the Scandinavian musicians, who have been exploring their own traditional music for a long time and finding ways to marry that into an improvisational context.” She references innovative Norwegian Hardanger fiddle player Nils Økland, whose powerful quintet is one of the headline acts in St Nicholas’ Collegiate Church on Sunday. “You know they’re brilliant jazzers, and they can play 20 choruses of Giant Steps if they want to, but they don’t. They find different ways of coming around and bringing their own musical heritage into a jazz and improvised context, and I find that really exciting from a musical standpoint.”

It’s also heartening to see Galway putting its weight behind Irish creative musicians, and two headline projects in particular, both commissions by the festival, show just how strong the Irish scene has become.

The European scene is very vibrant, particularly the Scandinavian musicians

“What has become really apparent with this year’s festival is that there are some incredibly good projects going on in Ireland that don’t necessarily get the platform that they deserve,” says Ryan, “and I think that Irish festivals can do more. Irish festivals have always looked at overseas content as being almost by definition of a higher quality. There are people that work at a very high level in Ireland but because there are so few playing opportunities, sometimes these incredible projects don’t get the platform they deserve.”

Innovative Dublin drummer and composer Seán Carpio’s Bog Bodies is a musical response to the Connemara landscape, incorporating field recordings and composition. “Seán is probably the most gifted drummer to come out of Ireland in a long time,” says Cranitch. “He’s a great composer who never puts limits on his own explorations. Galway is the most westerly city in Europe and beyond it is the most extraordinary landscape, so it’s lovely to see someone who is responding to that landscape in a jazz and improvised music context.”

Cranitch is also excited about Saoirse, a new work the festival has commissioned from London-based Irish vocalist and composer Lauren Kinsella, exploring the sean nós tradition. “She is one of Ireland’s finest jazz performers, and this is a perfect example of a young Irish musician looking into her own heritage to find inspiration and creative traction. I just love the way people are being fearless about broadening their own particular envelope of exploration. It’s going to be absolutely beautiful.”

We don’t have a quota, we just happen to have found some extraordinary musicians

At a time of global political turmoil, the festival’s organisers are clear that the arts has a responsibility to act, and this year’s event, as well as offering a new model for sustainability in live music performance, represents a clear challenge to other festivals and music promoters.

“I’m still quite surprised that certain official organisations and institutions are proceeding as if its business as usual,” says Cranitch. “I think artists have a duty to respond. That’s the whole remit of artists, is to respond to the world and the human condition. And if it’s in our gift, then I am absolutely happy to provide that platform to artists who want to pick up that ball and run with it.”

The Strokes: The New Abnormal

‘You can’t but conclude, the least safe place for any of us this weather is in our homes’
9