Book of Sounds at Hugh Lane: This week’s classical highlights 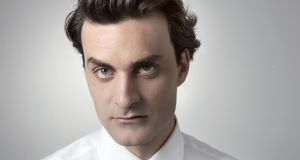 hughlane.ie/forthcoming-sunday-concerts
American composer Tom Johnson, a major chronicler of minimalism in music as critic of the Village Voice magazine, was bowled over when, in 1982 in Europe, he heard Das Buch der Klänge for the first time. It’s a lengthy piano piece by German composer Hans Otte (1926-2007). Johnson immediately rated it on the same level as his other favourite piano pieces of the time, Frederic Rzewski’s The People United Will Never Be Defeated and William Duckworth’s Time Curve Preludes. The ever enterprising Ivan Ilic gives the first performance I’ve heard of in Ireland in the Hugh Lane Gallery’s free Sundays at noon series.

Bangers and Crash Percussion Group
Sugar Club, Leeson Street, Dublin, musicnetwork.ie
The Bangers and Crash Percussion Group starts an eight-stop Music Network tour at the Sugar Club in Leeson Street. The three players, Alex Petcu, Emma King and Brian Dungan, are offering works by Philip Glass, Steve Reich and Thierry de Mey, among others, and they will take the music to Waterford, Bray, Clifden, Portlaoise, Castlebar, Cork and Ennis. One of the works will be particular special for the trio, as Music Network has commissioned a new work from Petcu himself for the tour.

RTÉ NSO/Nathalie Stutzmann
NCH, Dublin, NCH.ie
Teenage wunderkind of the violin Daniel Lozakovich makes his Dublin debut with the RTÉ National Symphony Orchestra under Nathalie Stutzmann. Lozakovich, who turned 18 in April and was signed up by Deutsche Grammophon at 15, plays Bruch’s First Violin Concerto. The concert, which starts at 7.30pm, opens with excerpts from Berlioz’s Damnation of Faust and ends with Schumann’s Third Symphony, the Rhenish.