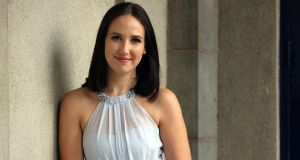 Cara — A Celebration
NCH, Dublin
It was a story you wouldn’t dare to make up. Mozart’s Così fan tutte is a tale of infidelity between boyfriends and girlfriends. And in 2005 a revival of Matthew Warchus’s production for English National Opera found itself without either of its leading ladies. Both had become pregnant. The singers who stepped into the breach made headlines. They were both Irish – Cara O’Sullivan and Anne Marie Gibbons – as was one of the singers being replaced, Giselle Allen. Cara O’Sullivan is now in the headlines for entirely different reasons. Her performing career has been prematurely ended by the onset of early dementia, and her singing colleagues are joining forces for an 8pm benefit concert with the RTÉ Concert Orchestra under David Brophy. The line-up announced includes Claudia Boyle, Mairead Buicke, Celine Byrne, Imelda Drumm, Tara Erraught, Virginia Kerr, Emma Nash, Regina Nathan, Paolo Gavanelli, Owen Gilhooly, Anthony Kearns, Declan Kelly and John Molloy, with Evelyn Grant as presenter.

This Hostel Life
The Crypt, Christ Church Cathedral, Dublin
Irish National Opera’s second world premiere of 2019 is Evangelia Rigaki’s This Hostel Life. It’s an “installation opera” inspired by Melatu Uche Okorie’s stories based on the experiences of people who have been through Ireland’s direct provision system. The cast – Amy Ní Fhearraigh (soprano), Rachel Croash (soprano) and Andrew Gavin (tenor) – are all members of INO Studio. The production, in the crypt of Dublin’s Christ Church Cathedral, is directed by Caitriona McLaughlin and designed by Sarah Jane Shiels and also involves the Parabis Ensemble and the New Dublin Voices choir under Bernie Sherlock. The “promenade performance” will allow the audience to move freely between scenes that are presented simultaneously and to take in as much as they like of the rolling performances during the production’s two-hour playing time of 8pm to 10pm. There are just two performances, with the second on Saturday evening.

Ulster Orchestra/Daniele Rustioni
Ulster Hall, Belfast
Daniele Rustioni give his first concert as principal conductor of the Ulster Orchestra in an Ulster Hall programme that will make use of one of the hall’s greatest assets. His concert ends with Saint-Saëns’s Organ Symphony, which will allow the hall’s 1863 Mulholland Organ, built by William Hill, to blaze in all its glory. The concert opens with Verdi’s Sicilian Vespers Overture and Johannes Moser is the soloist in Elgar’s Cello Concerto.

New Ross Piano Festival
Various venues, New Ross, Co Wexford
The classical concerts of the New Ross Piano Festival get underway at midday today with a Schumann (Robert & Clara) and Brahms programme from Clara Siegle, niece of the festival’s artistic director, Finghin Collins. Collins himself features on each of the festival’s three weekend days, and the guest performers include pianists Matan Porat, Sae Yoon Chon (winner of last year’s Dublin International Piano Competition), Daria van den Bercken, Maurizio Baglini and Barry Douglas, whose Camerata Ireland offer concertos by Bach, Mozart and Beethoven on Sunday afternoon. The most intriguing programme is undoubtedly Lux, Porat’s late-night offing on Saturday, when he offers a series of pieces on the theme of light.