Rising stars and a celebration of Sarah Vaughan: This week’s best jazz gigs 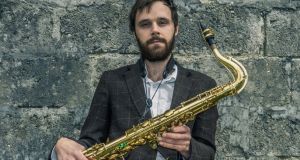 Sometime Dublin-based Peruvian guitarist Rodrigo Almonte is studying for a masters in jazz performance in the Netherlands, but he’s back in Dublin this weekend to play with drummer Conor Guilfoyle and bassist Diarmuid Lally.

Donegal twin brothers Micheal and Conor Murray – alto saxophone and double bass respectively – have just graduated from the Royal Conservatoire of Scotland and recently completed a well-received month-long tour of Ireland with Belfast drummer David Lyttle. As well as these two rising stars of the northwest’s blossoming jazz scene, special guests are promised for the first of this new monthly residency in the sympathetic surroundings of Bennigan’s jazz club.

US guitarist John Abercrombie’s influence on other jazz guitarists has been profound, from the subtlety of his playing to the gorgeous tunes that have passed into the standard repertoire. Derry guitarist Tommy Halferty, a long-standing admirer of the musician, is in the middle of a short Irish tour celebrating the late, lamented Abercrombie’s music with a powerful trio that features in-demand Belfast organist Scott Flanigan and leading Dublin drummer and band-leader Kevin Brady.

On the night Charlie Moon was born, his father, legendary Dublin bluesman Nigel Mooney, was otherwise engaged, playing support to BB King, so a life in music was always in his stars. This week, the young guitarist and singer releases his debut album on streaming platforms. The Charlie Moon Organization is an old-school guitar-organ-drums affair, channelling the spirits of Grant Green, Jimmy Smyth and Jack McDuff, with Dublin organist Darragh Hennessy and drummer Dylan Lynch.

Galway guitarist Aengus Hackett’s Summer Series at Galway’s Black Gate examines the music of a different legendary jazz artist every week. Slated for later in the summer are concerts devoted to Miles Davis, Thelonious Monk, John Coltrane and the Beatles, but this week actor and vocalist Sarah O’Toole opens the Sarah Vaughan songbook, with a group that includes Hackett, bassist Dan Bodwell and drummer Barry Duffy.

Triskel, under the stewardship of artistic director Tony Sheehan, has long been a haven for jazz in Cork, and the respected arts centre launches a new series of Saturday lunchtime concerts this week showcasing local jazz talent. The series is programmed by former Cork Jazz Festival director Sinéad Dunphy. First up in Triskel’s soaring Christchurch space is a new quintet led by talented Tralee-based saxophonist Tom Caraher exploring the funky electric universe of Chris Potter’s Underground and Bowie collaborator Donny McCaslin. The band also features star Cork trombonist Paul Dunlea, just back from a month on the road with singer Michael Bublé’s band.