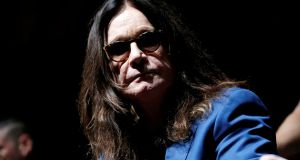 Ozzy Osbourne has revealed he has been diagnosed with Parkinson’s disease after a year of health problems. During an interview with Good Morning America, the Black Sabbath frontman described 2019 as the “most painful and miserable year” of his life. He said he had been diagnosed with the neurodegenerative disease after experiencing health complications, including needing surgery on his spine and neck, following a fall.

“I did my last show New Year’s Eve at the Forum. Then I had a bad fall. I had to have surgery on my neck, which screwed all my nerves and I found out that I have a mild form,” said Osbourne (71), who reportedly dislodged metal rods that had been inserted in his body after a 2003 motorcycle accident.

The British musician was hospitalised for a staph infection in his right hand in 2018 and again a year later for pneumonia. In October, he was forced to postpone a European tour for a second time citing ongoing health problems, but telling fans: “I’m not dying.”

His wife, Sharon Osbourne (67), told the US breakfast programme that the diagnosis was “not a death sentence by any stretch of the imagination”. She added: “It’s like you have a good day, a good day, and then a really bad day.”

Speaking to the show’s host, Robin Roberts, Osbourne said he was still taking numerous medications. “I’ve got numbness down this arm from surgery, my legs going cold,” he said. “I don’t know if that’s Parkinson’s or what. That’s the problem, because they cut my nerves when they did the surgery. It’s a weird feeling.”

The singer had been due to play Dublin’s 3Arena on Novermber 5th as part of his rescheduled No More Tours 2 shows.

Parkinson’s is a progressive neurological condition caused by the death of nerve cells in the brain that create the chemical dopamine.

Around 145,000 people in the UK are living with Parkinson’s and around 18,000 are newly diagnosed with the condition each year.

Parkinson’s is the fastest growing neurological condition in the world.

What are the symptoms?
People begin to develop symptoms of Parkinson’s when the brain is no longer able to make enough dopamine to adequately control movement.

Subtle changes in a person’s walking pattern could be an early sign of Parkinson’s disease.

Some people develop very small handwriting, a loss in their sense of smell, nerve pain or insomnia.

Can it be treated?
There is currently no cure for Parkinson’s disease.

Treatments include drugs such as levodopa, dopamine agonists and monoamine oxidase-B inhibitors.

Levodopa is absorbed by the nerve cells in the brain and turned into dopamine.

Increasing the levels of dopamine in this way usually cuts down problems with movement.

Other therapies include physiotherapy and, in some cases, surgery. – Guardian/PA

‘I have always believed that in our capitalist, consumerist society, we devour each other’
6